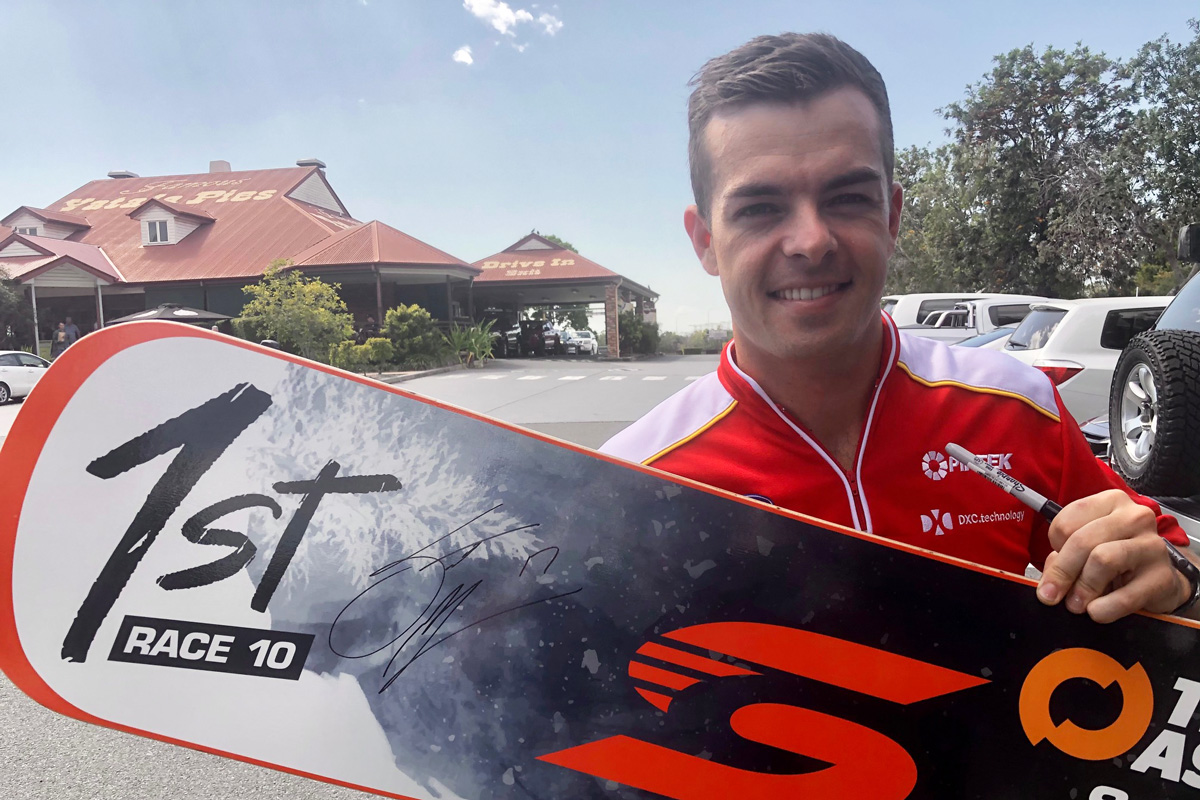 He might have left Australian shores for a career in IndyCar, but McLaughlin has shown commitment to his local upbringing by offering the unique snowboard trophy he was presented with after winning race 10 of the 2020 championship under lights at Sydney Motorsport Park on July 18.

The trophy was personally signed by McLaughlin before he flew out to the US late last year.

As well as the trophy, the winning bidder will also receive an A4 image of McLaughlin in Pirtek victory lane from that night and an action shot of his car from the race – all of which will be shipped complementary thanks to Lloyds Auctions.

All proceeds from this auction will go to Speedcafe.com’s charity, Motor Racing Ministries, and fans have the opportunity to bid on the item until 19:00 AEST on Tuesday February 16.

“We worked on a plan to give something to the Motor Racing Ministries auction campaign towards the end of last year,” said McLaughlin.

“We wanted to come up with a ‘money can’t buy’ item that someone would love to have in their collection.

“The trophy from that race is something different and certainly something you cannot just go and buy online in a merchandise store.

“Garry [Coleman] and his team at Motor Racing Ministries do an amazing job for our sport and the ongoing campaign through Speedcafe.com should be supported by anyone in the industry that can help.

“The trophy was probably also a little large to put in my suitcase for the trip to North Carolina,” he joked. 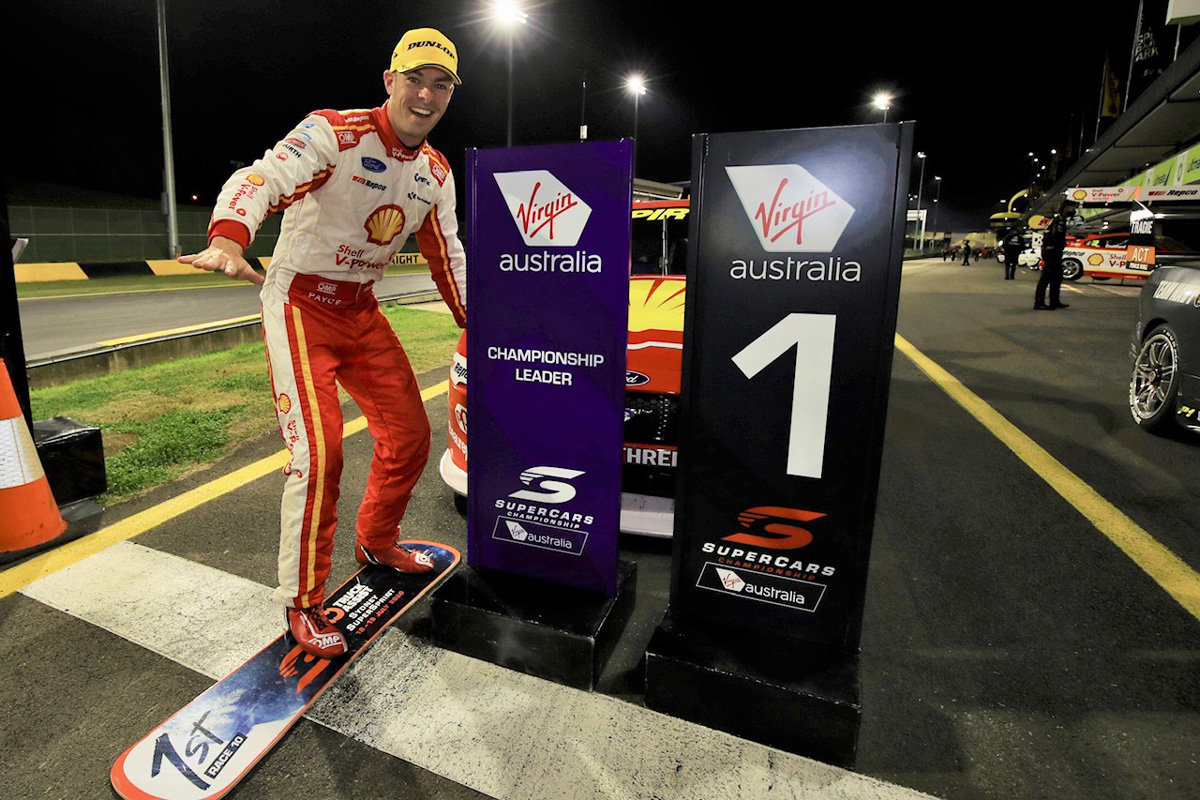 Early last year McLaughlin auctioned one of his 2019 championship helmets which raised tens of thousands of dollars for bushfire relief.

“Scott is one of the most generous drivers we have had in Supercars and this is further proof of that,” said Speedcafe.com owner, Brett “Crusher” Murray.

“Trophies are obviously one of the most sought-after pieces of memorabilia for any fan and to have one from a three-time champion is something pretty cool.

“Scott will always be remembered as one of the real heroes of the Supercars Championship and I don’t think there is an Australia or Kiwi fan who does not wish him well as he chases his IndyCar dream.

“For him to be making this donation after he has moved to the US is testimony to his champion qualities.”

One hundred percent of proceeds from sale of this trophy will be going to Motor Racing Ministries because of a generous zero percent buyer’s premium from Lloyds Auctions, which is a valued Platinum Partner of Speedcafe.com.

This is the 13th monthly charity auction held in conjunction with Speedcafe.com to raise money for Motor Racing Ministries and is an extension of Lloyds Auctions’ community program.