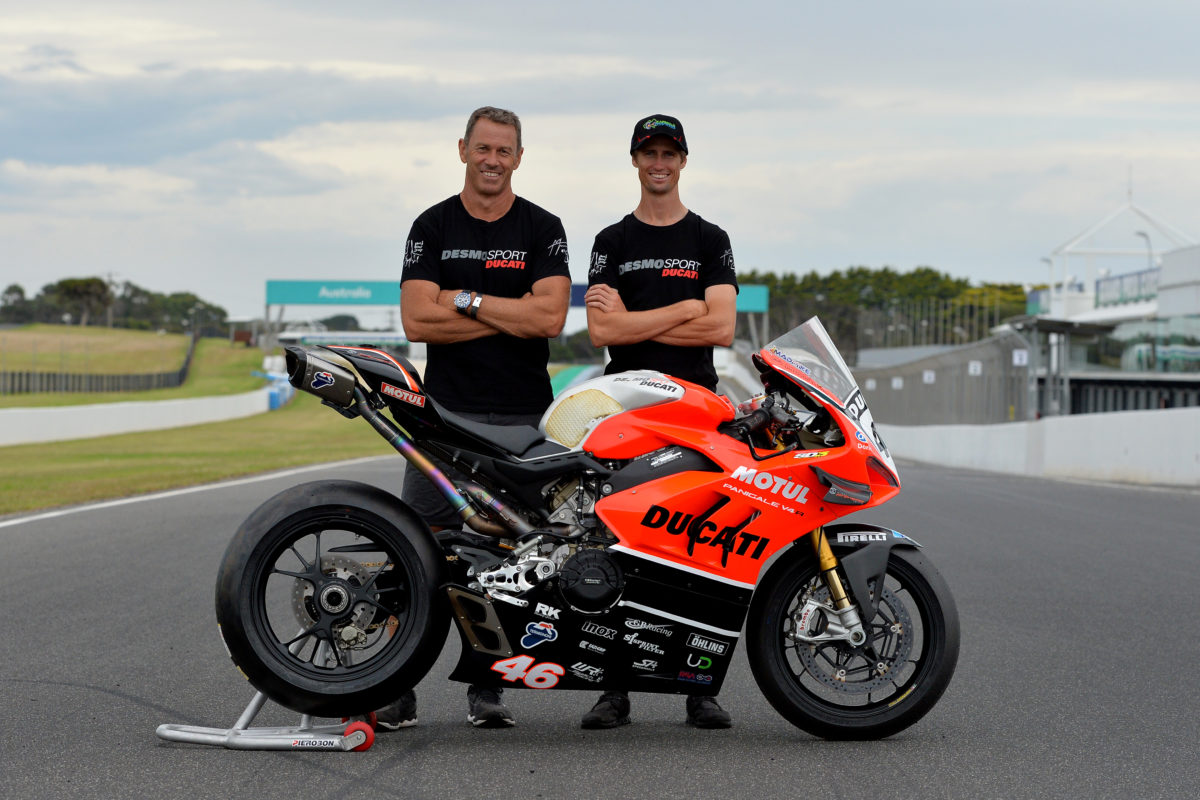 Stephens has now landed at the Troy Bayliss-owned Ducati squad, which has expanded to two entries this year with Oli Bayliss’ ascent to ASBK.

Its latest appointment, however, will work as race mechanic on incumbent Mike Jones’ Panigale V4 R.

“Two riders in the garage adds a lot more work for the entire team, so when it became time to consider who might be available to help us, and the standard we were looking for, the list was pretty short,” said Bayliss senior.

“Brent has a long history in racing on the world stage, from World Superbike to MotoGP, and has maintained an incredible reputation over the years for his professionalism and abilities, so to bring someone of his calibre to DesmoSport Ducati is unreal.”

Co-owner Ben Henry explained, “Troy and I had a chat about what options we had, and quickly realised that with Rossi heading to Petronas [SRT], Brent, who also lives not far from the workshop, didn’t have a confirmed position for the year and the rest is history.

“He worked with us on Mike’s Panigale V4 R in our first test of the season at Phillip Island and I think it’s fair to say that I’m extremely happy with how the team is coming together for 2021.”

Stephens anticipates that ASBK will still present a challenge, despite coming back from MotoGP.

“I’m excited to join DesmoSport Ducati for 2021 to work on Mike’s bike,” he said.

“I’ve enjoyed a great career on the world stage, working with some of the world’s best riders, the most incredible bikes, and some great teams over the years, but I have to admit, I’m looking forward to having a team located a few kilometres from my house!

“I enjoy the challenges that racing brings and moving from a MotoGP bike to an ASBK-spec superbike is extremely different but no less of a challenge.

“I’ve had a two-day test to get to know Mike and the Panigale V4 R, and I can’t wait to get some more time with the bike as the season begins.”

The signing means that Stephens will in fact continue to work on a bike carrying #46, as Jones noted.

“I’m really excited to have Brent in the garage this season,” added the three-time MotoGP starter.

“He brings so much experience to the team, and already at the test, we’ve seen things step up behind the scenes.

“It’s no secret that I chose 46 because I’m a Rossi fan, so to now have one of his long-term mechanics working on my bike, just adds to my confidence heading into the 2021 season.

“We tested well at Phillip Island this week and I’m looking forward to getting back here in a few weeks for Round 1.”

Oli Bayliss will race with #32 this year, in a nod to his father’s time in the British Superbike Championship.

The opening ASBK round of 2021 will be held alongside series such as Supercheap Auto TCR Australia when the Australian All Wheels Race Fest takes place at Phillip Island on February 19-21.