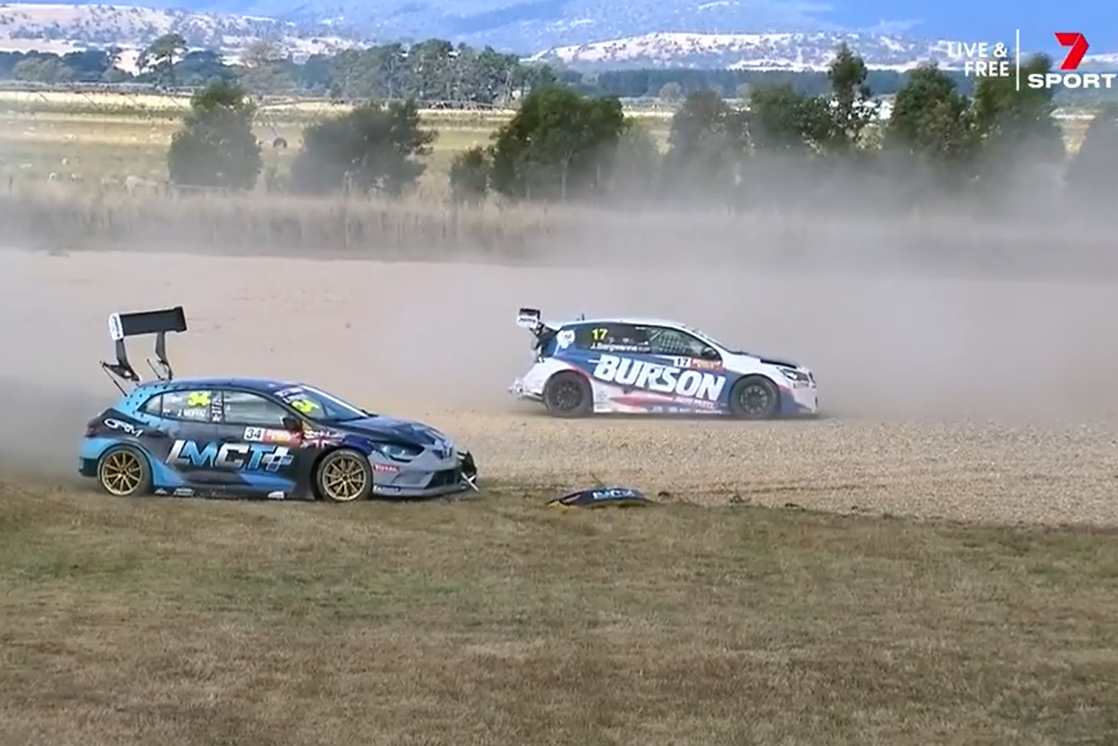 The left-front rotor on Bargwanna’s 308 exploded on the final lap of Round 1 of the Supercheap Auto TCR Australia Series, which caused him to spear into the Renault of James Moffat at the end of the back straight.

Garry Rogers Motorsport fields both of those entries and has already been in communication with Peugeot about the issue, which took place at a circuit known for being tough on brakes.

“We’ve had a bit of backwards-and-forwards with the people from Peugeot overnight,” Team Director Barry Rogers told Speedcafe.com.

“Look, it could be a number of things. There’s two brands of pads that they recommend you run, and one of them was the brand that we used, but looking at it, the other brand might have been the pick at Symmons, they’re thinking.

“They want us to remove the right-hand rotor and send that off for analysis and have a look at it.

“We’re not really sure whether it was brake pad-related on the rotor or it was bias-related. The driver can adjust [bias], of course, so whether that had an impact on it…

“They’ve never experienced that ever. It’s not the sort of one-off thing you do want to see, but there’s certainly no history of it, so obviously there’d be a fair bit of homework to try and come to a conclusion as to why it did happen.” 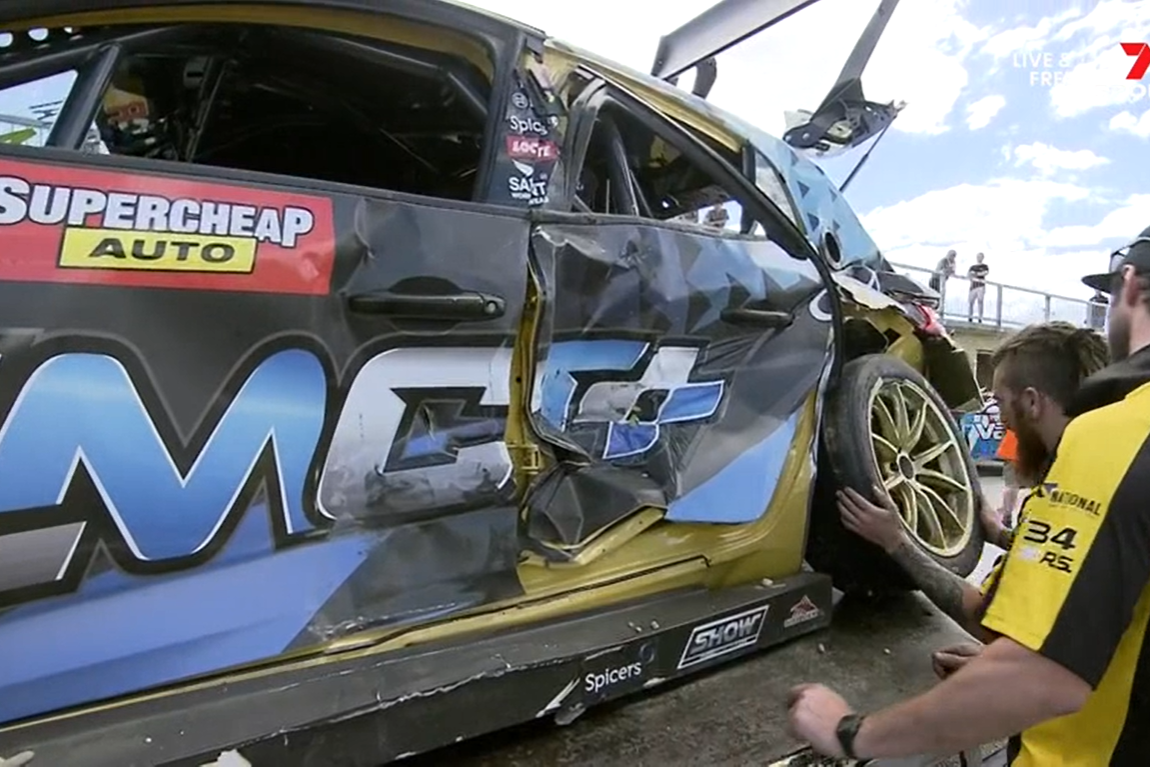 While Moffat seemed to suggest in the immediate aftermath that his Megane may be a write-off, further examination of the car last night has shown that it can be fixed.

“Initially, we thought that would be the case but last night the boys had a good look over it and it’ll be repairable; so will Bargs’s,” said Rogers.

“There’s a bit of work to do in the fab shop but the cage and everything’s right there.

“I mean, obviously a fair bit of fabrication work with the body of it, but we’ve got some spare shells at work so we’ll be hard at it in the fab shop, the start of next week.

“[It is] Potentially a re-shell, or there may be sections that need to come out and replaced, no different to what happened to Dylan O’Keeffe’s Alfa at Phillip Island [in 2019]. [It is] pretty similar damage to that, to be honest.”

Bargwanna and Moffat walked away from the crash scene and while both are sore, the dawn of a new day revealed no major after-effects.

“Moff’s got a reasonable sized bruise on his arm, he’s a bit tender, and same for Bargs,” explained Rogers.

“It’s probably no different to a footballer having a big collision on the oval; your adrenaline at the time, you sort of bounce off alright but the next day a bit of soreness comes out.

“We often take for granted the safety of race cars, because it was a decent old hit, but apart from some soreness, both boys are fine.”

While it was a tough weekend for a number of GRM entries, it did also field the TCR round winner, Jordan Cox, in an Alfa Romeo.

An Invitational round will be held this coming weekend at Baskerville as part of Boost Mobile Race Tasmania, while the second points-paying round of Supercheap Auto TCR Australia will be held at Phillip Island on February 19-21.

Thankfully, the pair walked away from the incident unscathed 🙏

If you missed any of today’s action, you can catch the replays on @7plus pic.twitter.com/IUOcWEXyew