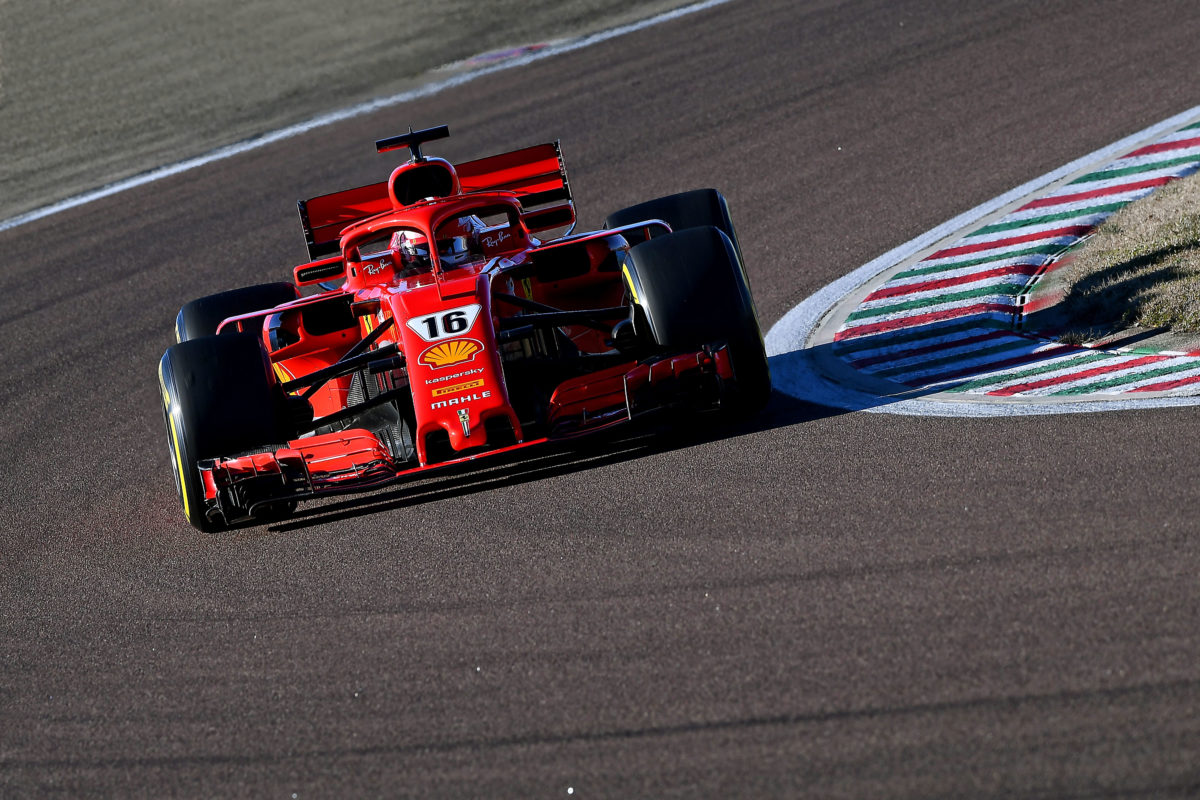 Charles Leclerc has completed his first Formula 1 running of the year at Ferrari’s Fiorano test track.

Leclerc logged over 100 laps in an SF71H, Scuderia Ferrari’s 2018-spec car, on the second day of what is a five-day test.

The Monegasque is said to have worked on practice starts as well as “work aimed at the new championship and pre-season testing”.

He now hands the car over to new team-mate Carlos Sainz, who will have one-and-a-half days in the car from Wednesday (local time).

“Getting back in the car today was great, in fact it was brilliant,” said Leclerc.

“Seeing my mechanics again, putting the race suit on, doing my warm-up routine, putting on my helmet and finally jumping in the car and pressing the starter button… the sound of a Ferrari engine is always magic.

“The day was simply perfect and we got through all the work we had planned to do. I really enjoyed myself.

“Now I hand over to Carlos and I wish him the best of luck for tomorrow.”

Ferrari Driver Academy trio Marcus Armstrong, Robert Shwartzman, and Giuliano Alesi were behind the wheel on Monday, the latter for the last time before his move to racing in Asia.

Mick Schumacher, who races for Haas in F1 this year, is slated to drive on Thursday afternoon and Friday morning, before Scuderia Ferrari test driver Callum Ilott finishes off the programme on the Friday afternoon.