The potential for rain on the final day of the Boost Mobile Race Tasmania could play precisely into the hands of Monday race-winner Lee Holdsworth.

The 37-year-old made a perfect start to life after full-time Supercars competition, taking the first pole position and race win of the 2021 Supercheap Auto TCR Australia Series on category debut.

Holdsworth came from behind to narrowly beat a fast-starting Jordan Cox and take the honours in his #10 Ashley Seward Motorsport Alfa Romeo Giulietta.

“It’s a bit of relief actually, I just wanted to get off the line,” admitted the former Tickford Racing driver.

“I was stressing about just getting this car off the line because I have never started it before, you hit the launch button and all sorts of stuff. I was worried I was going to come off the launch because I’m used to holding down a line locker to start.

“So once I got away I could get my head down and then get Jordan back and make the most of it while his tyres were cold.

“To bring home the win is really good reward for Ash and his team and also Betty [Klimenko], who came onboard, giving something back to her.”

The Klimenko reference comes in relation to the Erebus Motorsport owner offering her former driver – Holdsworth competed for the then-Mercedes Supercars squad in 2013 and ’14 – sponsorship via the Erebus Garage arm of her business.

With showers considered a 90 percent chance of hitting the Launceston region today, Holdsworth could be well positioned for more success.

“I guess we’re, I don’t want to say in the box seat, but we did testing here last week in the wet so I know my way around,” he said. 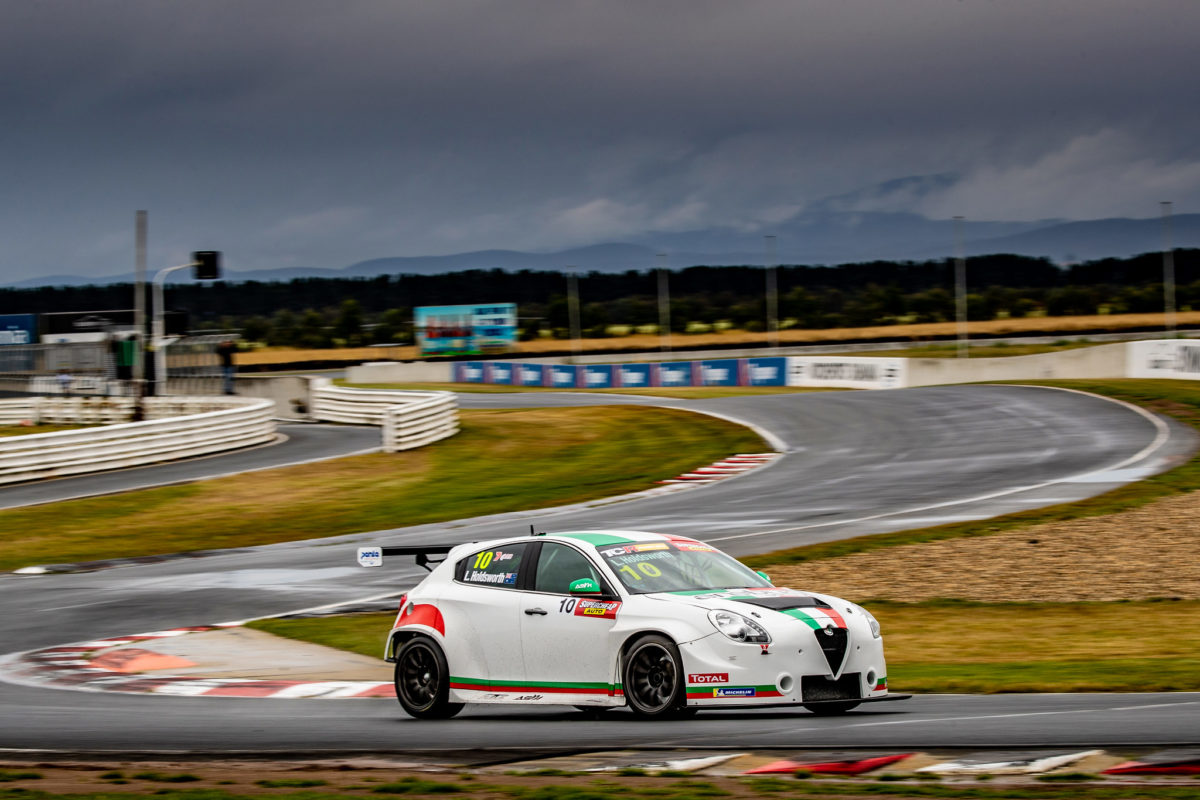 “I know the tyre now, the wet weather tyre, but there’s some good steerers in this category so they’re going to be all over it and I’ll have to fight really hard to get another one of these wins.”

For his part, Cox admitted Holdsworth had gotten the better of him in the series’ opening race.

“We didn’t have the car underneath us at the start. I probably drove too tentatively sort of hoping to hold the lead and it didn’t pay off, Lee read that like a book pretty well so he got me fair and square,” said Cox.

“We seemed to be strong everywhere, just down the back straight we couldn’t stay with him so we’d like to tune that up overnight and hopefully move one spot better.”