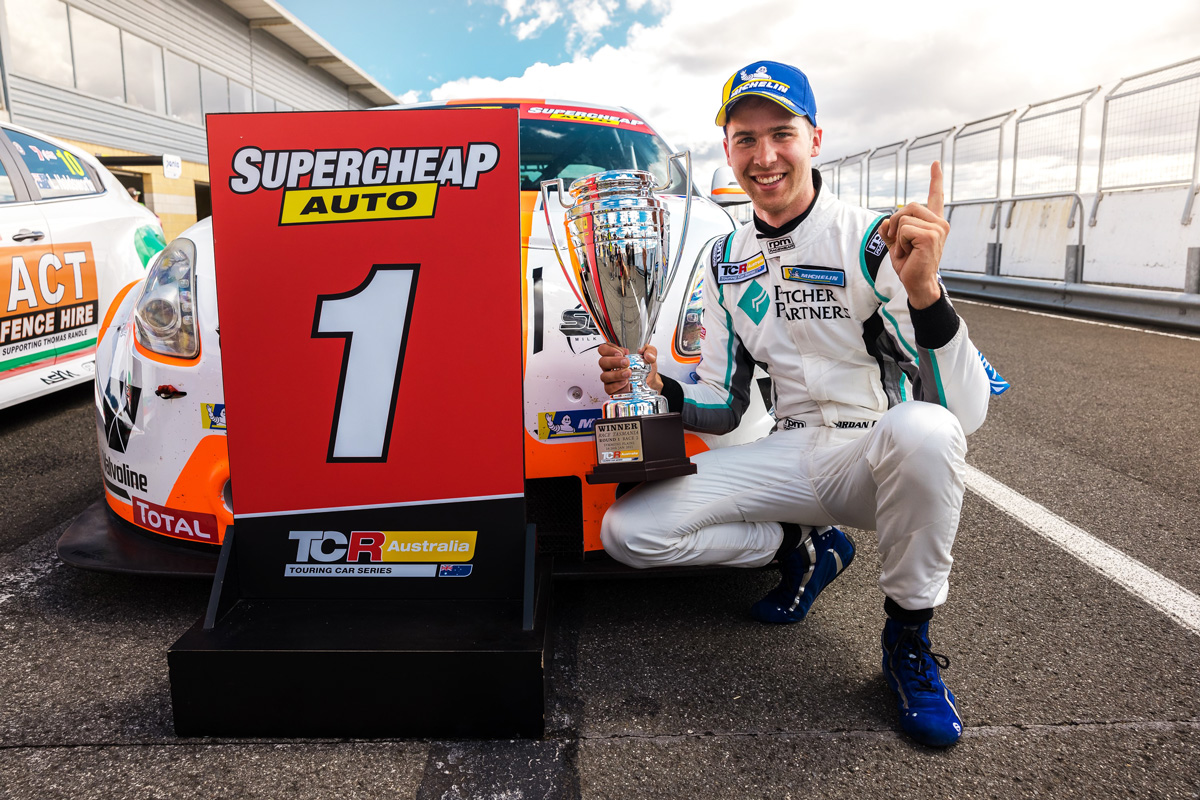 Consistency will be king in the 2021 Supercheap Auto TCR Australia Series, according to early points leader Jordan Cox.

They marked his maiden victories in the category – even if the second triumph was gifted by a time penalty for Lee Holdsworth after he was adjudged to have jumped the race start.

Cox’s profile is minimal compared to Supercars race winners Holdsworth and Mostert but that has done little to deter his ambitions for the 2021 title.

“Compared to when I first raced we were playing catch-up and now we’re in a good position so fingers crossed for the rest of the year.”

Five points-paying rounds remain on the schedule, starting with Phillip Island next month.

“It’s a short series, there’s not many points on the table so consistency is going to be key,” he added.

“I just want to go home and rest, I’m spent after this weekend, all of the adrenalin.”