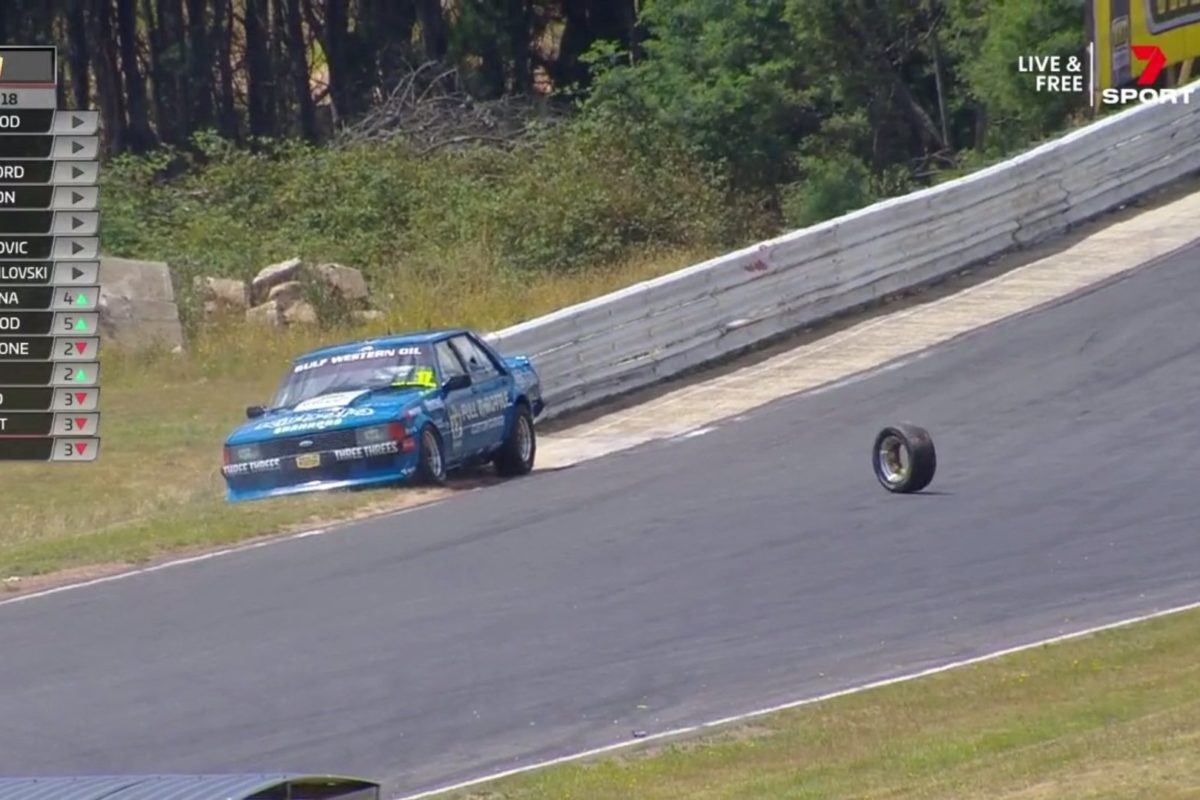 Race 2 of Round 1 of Gulf Western Oils Touring Car Masters at Symmons Plains has been red flagged after Steven Johnson’s XD Falcon sheared a wheel off.

Johnson was running third, behind Adam Garwood and John Bowe, when Car #17 spat its right-front wheel off through the hairpin on Lap 5.

He managed to avoid the fence on exit before pulling off the circuit, causing a Safety Car initially.

A red flag was called after three more laps in what was to have been an 18-lap race.

There is no confirmation yet on whether or not series points will be awarded.

Garwood won Race 1 on the day prior in his Camaro, after Marcus Zukanovic took out the Trophy Race in another XD. 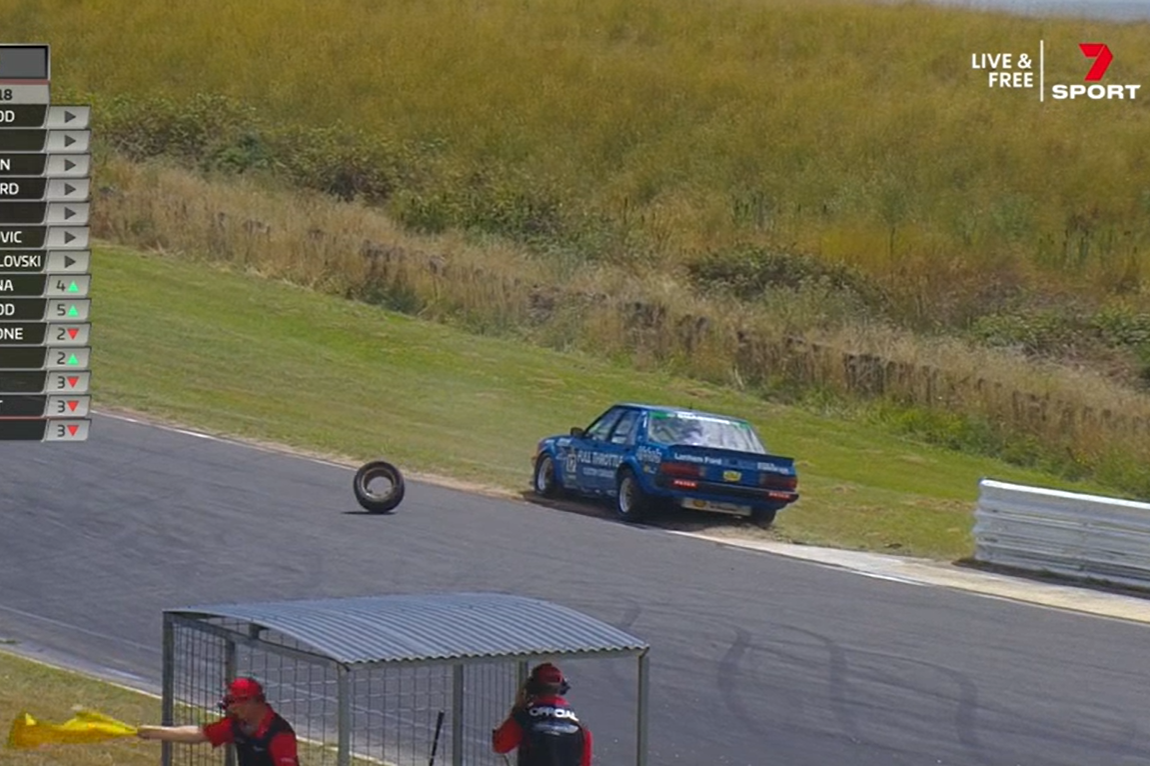