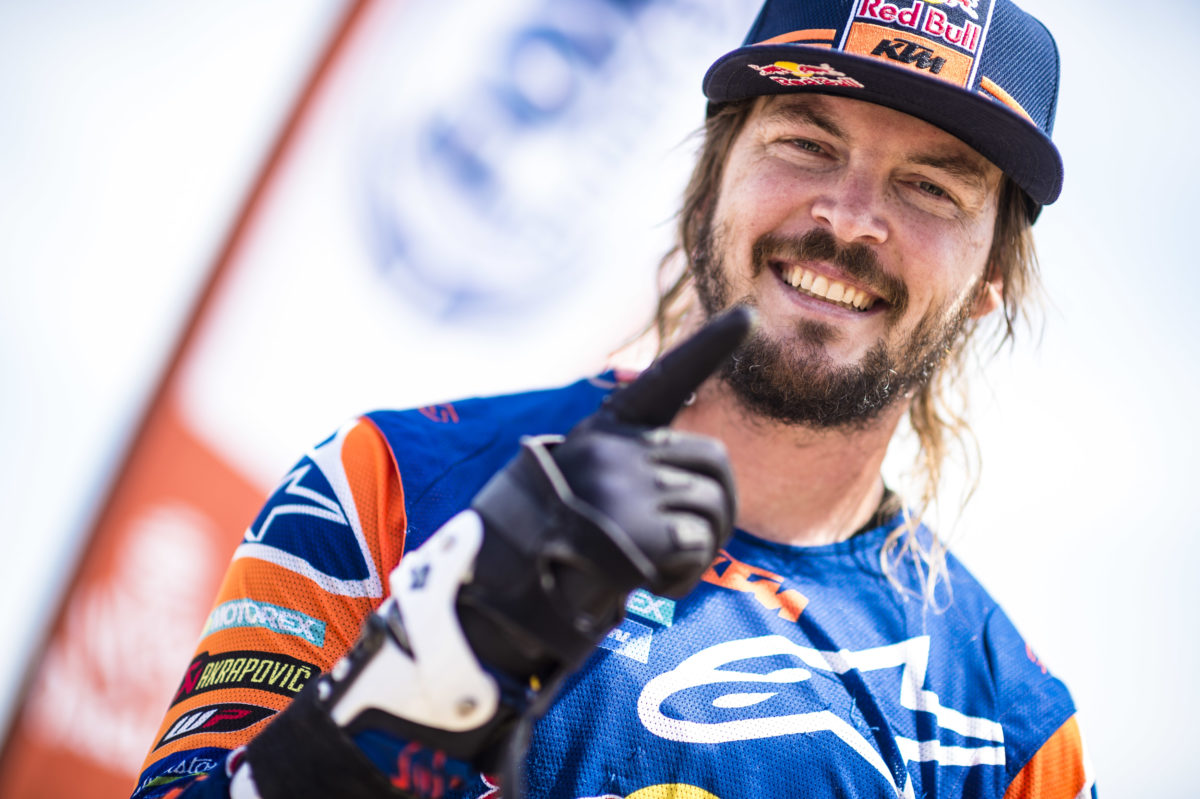 Toby Price has been awarded a Medal of the Order of Australia for services to motorsport.

Price is Australia’s first and thus far only Dakar Rally champion, a feat he achieved initially in 2016.

He won another Dakar three years later despite breaking his scaphoid in a training crash in the preceding month, and carrying the injury through all 10 stages.

The honour was announced within a day of the 33-year-old confirming that he is due for more surgery after breaking his collarbone in this year’s event.

He had been second overall after somehow completing a stage with a tyre held together by cable ties and tape before crashing out on Stage 9.

Price has, however, made the podium in each of the five Dakars which he has finished, out of a total of seven starts.

That included 2020, when the Red Bull KTM rider attempted in vain to save the life of Pablo Goncalves, having been first on the scene of the Portuguese rider’s accident.

In 2018, Price won the FIM Cross-Country Rallies World Championship title, and his honour on Australia Day 2021 has been awarded “For service to motorsport, particularly to cross country motorcycle racing.”

“Blown away to be on this list, it’s crazy…” he wrote on social media.

“Thanks so much everyone for your support of what I do!”

Ross Philip Tapper and the late Maurice Smith were also awarded Medals of the Order of Australia for services to motorsport.

Smith’s contribution included over 22 years as a Motorsport Australia (then CAMS) state tribunal chairman, with his honour also being for community work around the Kempsey area, in Northern New South Wales, where he eventually moved to.

Tapper was Clerk of Course at Western Australia’s Forest Rally for the 30 years from 1988, making him Australia’s longest serving in such a position, and filled that role again last year.

Price, Smith, and Tapper all now have the title of OAM.