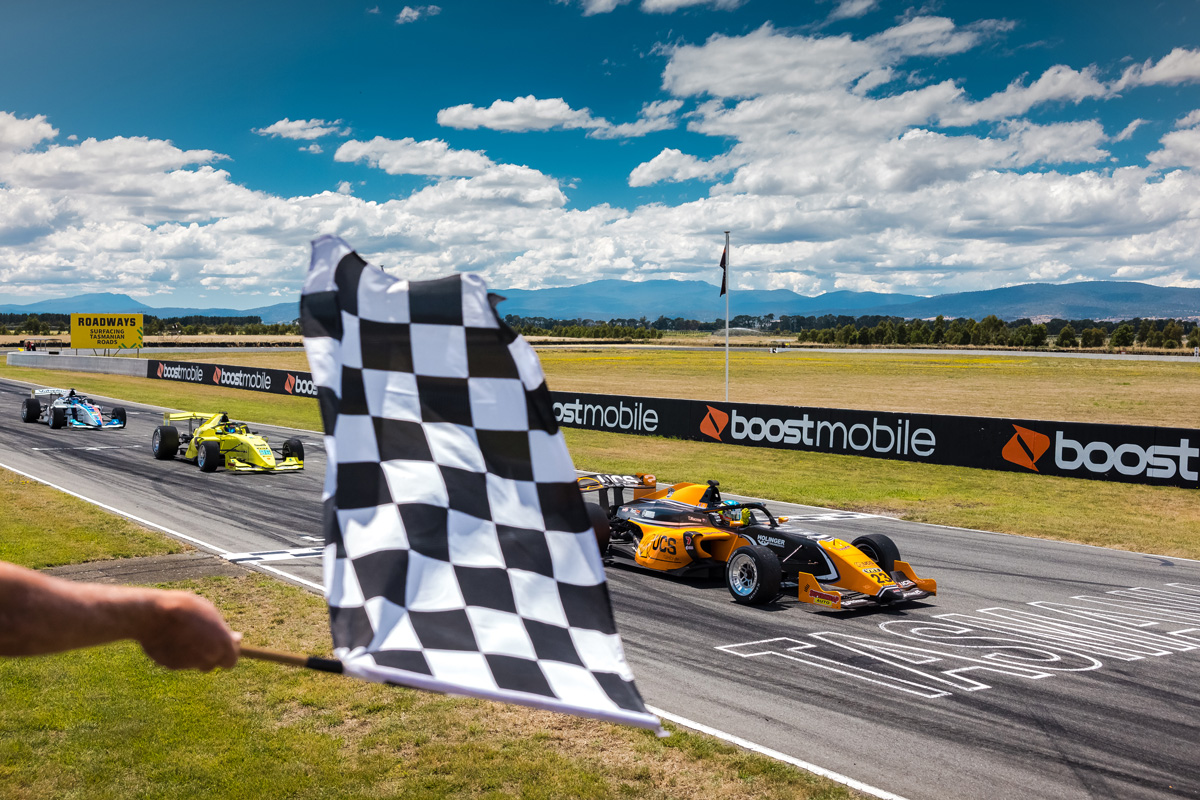 Tim Macrow has taken victory in a Symmons Plains S5000 heat which finished under Safety Car due to a crash for Tommy Smith.

The three-time Formula 3 title winner started Heat 2 from second due to the grid inversion and led all 20 laps, the last six of which were completed under yellow flag conditions.

Macrow got the jump on Cooper Webster when the lights went out and the latter dropped to third, behind Leeds.

Mawson went the long way at the hairpin on Lap 1 to move into fifth, then sliced down the inside of Webster at Turn 6 on Lap 2, with James Golding following as they rounded Turn 7.

The BRM driver had already become defensive by the time there was contact at the hairpin on Lap 14, when Golding showed a nose, but both pressed on before a Safety Car was called moments later.

That was because Smith had hit the wall just underneath the Supercheap Auto bridge and come to a halt on the circuit, with damage to the left-rear corner of Car #16.

Macrow was still a touch over one second clear of the field at the time of the Safety Car, but he need not have worried about that being wiped out given a restart never came.

The ‘Main Event’ (feature race) of Round 1 of the VHT S5000 Australian Drivers’ Championship is set for a start at 14:45 local time/AEDT.