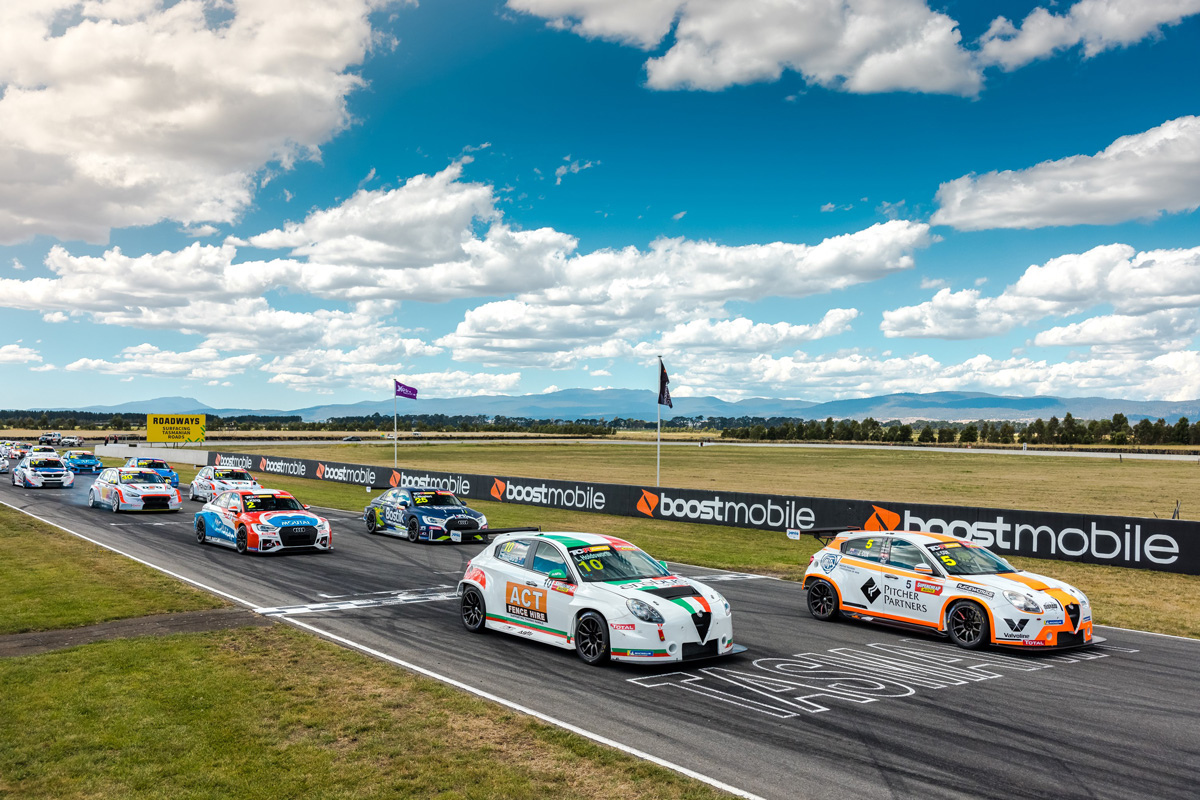 Lee Holdsworth cut a frustrated figure after victory slipped from his grasp in the third and final leg of the Supercheap Auto TCR Australia opener at Symmons Plains.

Holdsworth fought hard to sneak by polesitter Jordan Cox and into the lead in the dying stages of this afternoon’s 25-lap race.

But with a five-second penalty hanging over his head after his Alfa Romeo Giulietta Veloce was deemed to have jumped the race start, the Ashley Seward Motorsport driver was relegated to third behind Cox and Chaz Mostert.

Holdsworth, who won the first race of the TCR season on Monday, was less than impressed, refuting any wrongdoing.

“I’m looking forward to seeing the replay because there’s no way I jumped it but anyway, we’ll go back on that one.

“But yeah, I had a really cool battle with Jordan and it’s just a shame to come in first and then park it in [position] three.”

Cox conceded it was not the way he wanted to take his second straight victory, which has secured him a four-point advantage over Holdsworth in the standings.

“It’s a good way to finish the weekend. Probably not the way I wanted to do it, I really wanted to cross the line first but full credit to Lee and Chaz,” said Cox.

“It’s great to share the track with those guys.”

“I’m looking forward to the next round and seeing if we can close the gap to [the Alfas],” said Mostert.

The 2014 Bathurst 1000 winner to this point had only been confirmed for the opening TCR round.