Rick Kelly (left) may return to a Supercar soon

Kelly Grove Racing is prepared to field Rick Kelly or one of its co-drivers if Andre Heimgartner cannot partake in pre-season Supercars testing.

Heimgartner’s return to Australia has been delayed after a minimum 72-hour halt was put on quarantine-free travel from New Zealand as of Monday (14:00 AEDT).

All arrivals into Australia from New Zealand must now go into hotel quarantine for up to 14 days and recent arrivals are asked to undergo a COVID-19 test and self-isolate.

The new travel restrictions come after one case of COVID-19 was detected in the community north of Auckland.

With no certainty surrounding Heimgartner’s return, the team is working on a contingency plan for the pre-season test on February 16 at Winton Motor Raceway.

The prospect of Heimgartner’s absence has been tempered after he broke his thumb in a recent Castrol Toyota Racing Series crash. It’s expected his recovery will take four weeks.

Speaking with Speedcafe.com, Todd Kelly said his primary concern was getting Heimgartner back in time for the season opener on February 26-28.

As yet, the team hasn’t announced its co-driver line-up to join Heimgartner and team-mate David Reynolds, though the latter is set to have Luke Youlden alongside him.

Rick Kelly, who retired at the end of 2020, has been shoulder-tapped by brother Todd to test the team’s Ford Mustang.

“I’m still trying to talk him into it… gently,” said Todd.

“Like every driver that retires, he’s gone through a process of deciding what the next phase is in his life. I don’t want to be hassling him too much to try and get him straight back in a car.

“I’ve been keeping him across all the development items we’ve got in the pipeline. He seems a little bit excited about what we’ve got to throw at the car to fix our weaknesses we had last year.

“I think there’s a bit of enthusiasm there for him to want to jump back in and have a feel for what we’ve done.

“Hopefully, if we need to, we can stick Rick back in for the test day.” 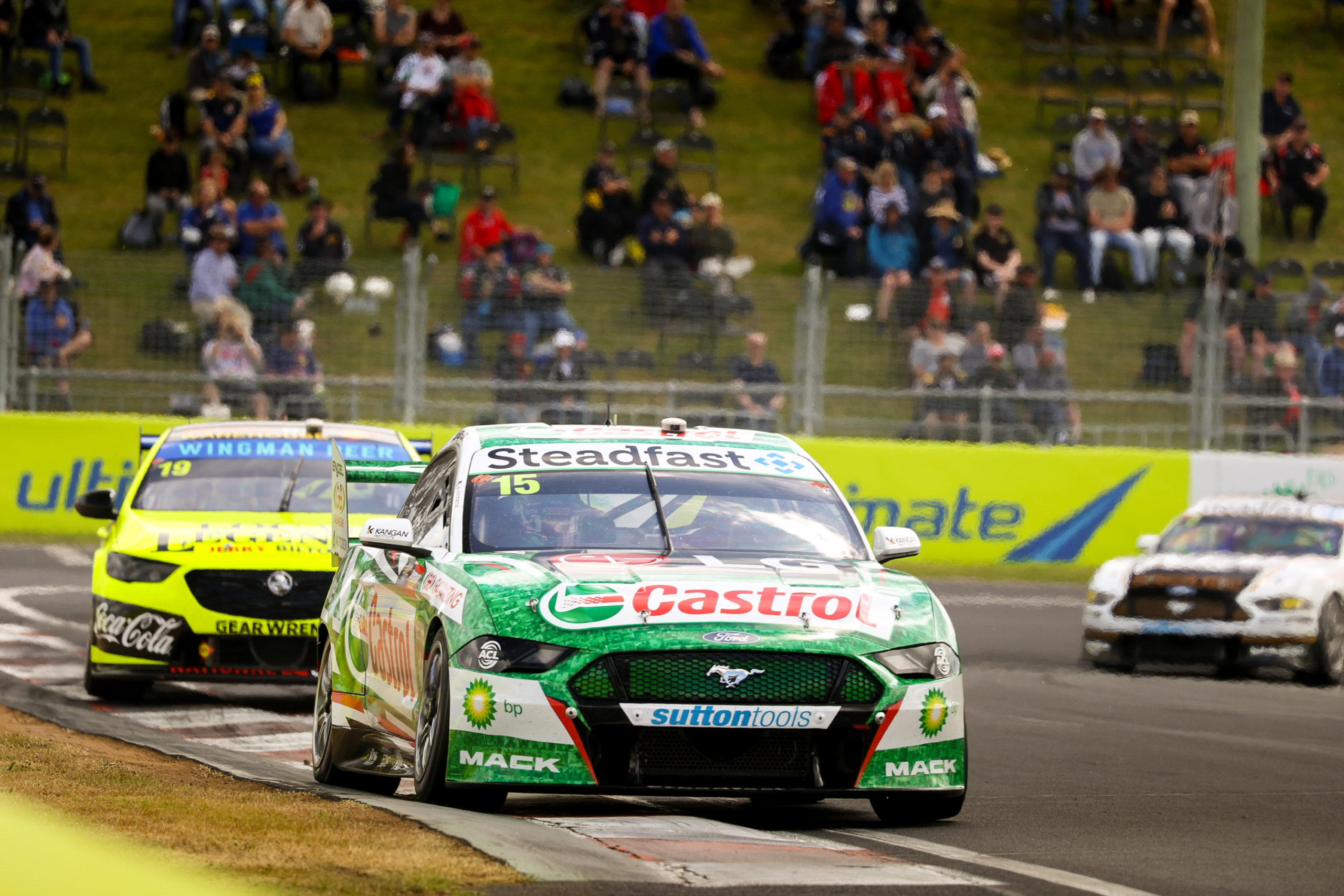 In any case, Todd Kelly is confident they can find a suitable replacement for Heimgartner.

“There’s plenty of people that can jump in,” Kelly added.

“It would be good to get Dave’s opinion on everything. There are co-drivers, which we haven’t announced, but we might do that in order to get them all to the test day.

“That’s not a massive drama. It would be good to get Andre there just to feel what we’ve got to test because we’ve actually got more stuff than we’ve had for a long while to test in the cars.

“[Heimgartner is] the kind of guy who we can stick in straight away at Bathurst with a different car and within a couple of laps he’ll be good to go. He gets his head around things fairly quick.”

Heimgartner and countryman Shane van Gisbergen contested the New Zealand Grand Prix last weekend and were both set to travel back to Australia on Tuesday morning.

Kelly Grove Racing decided to postpone Heimgartner’s return as it waits to see whether quarantine-free travel will be reinstated after the 72-hour period has elapsed.

Meanwhile, van Gisbergen has left New Zealand to ensure he is able to depart managed isolation in time for the pre-season test at Queensland Raceway on February 12.

However, it means the Red Bull Ambol Racing driver is set to miss the team’s livery launch this Friday.

In the meantime, Kelly Grove Racing is taking a wait-and-see approach.

“At this point, there’s no cause to panic,” said Kelly.

“He can’t do much for a few weeks anyway until we let his thumb come good.

“We’ve got plans for our ride day and even the test day if we need to and we can get by.

“The main concern is making sure he’s alright for the first round.

“We’ve got a little bit of unfinished business after how we went at Bathurst last year to make sure we have a good one there.

“I’m looking that far ahead, more so than the next 72 hours.”