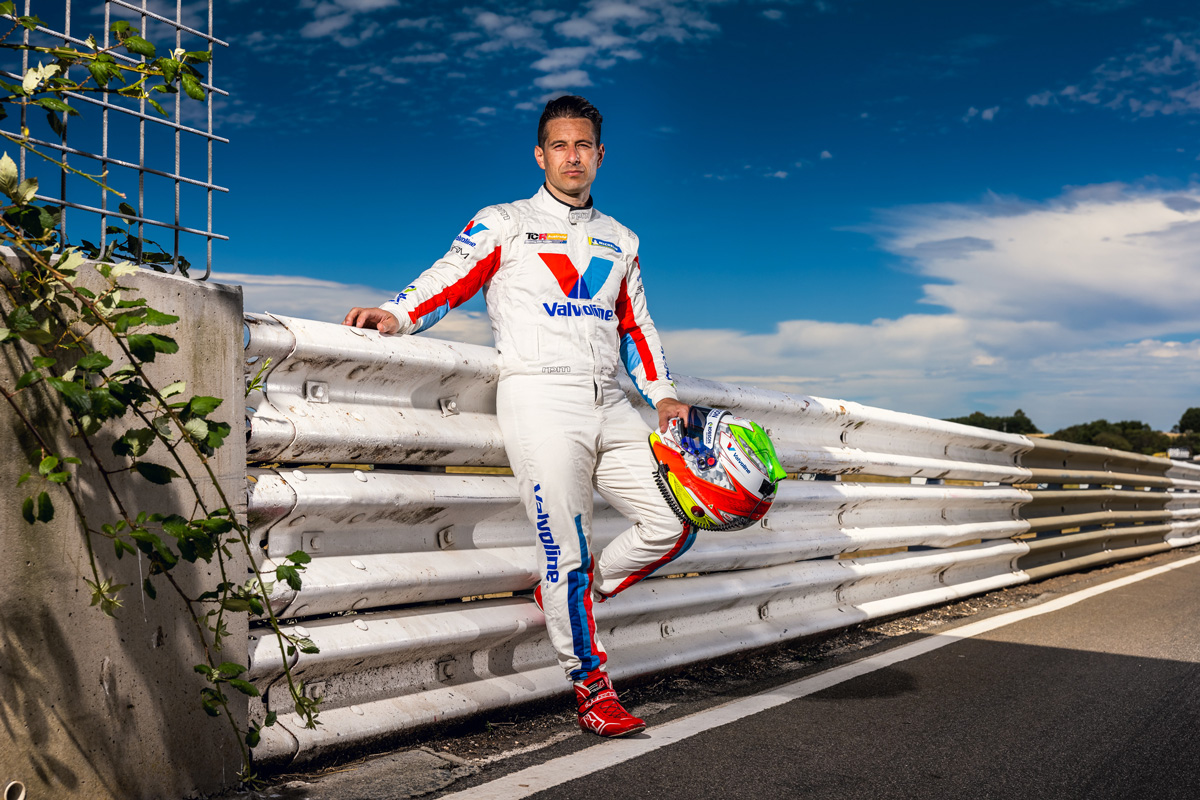 Garry Rogers Motorsport team-mates Dylan O’Keeffe and Michael Caruso have disagreed over who was to blame for an early-race incident today at the Boost Mobile Race Tasmania.

Caruso appeared to swerve across the front-right of Dylan O’Keeffe’s Renault Megane RS as they headed down the pit straight to start Lap 2 of the second Supercheap Auto TCR Australia race at Symmons Plains.

The result saw Caruso speared into the fence, with damage to his Alfa Romeo Giulietta Veloce forcing him out on the spot. O’Keeffe meanwhile was able to recover to 11th.

“It’s a shame for the team, you never want to see that happen,” said O’Keeffe.

“But at the end of the day we’re racing and it will happen with seven cars on the grid from the same team.

“We were coming out of the second last turn and I had a good run on him.

“For someone of Michael’s experience I thought he would have held around the outside, then I would have been the inside for the first turn. 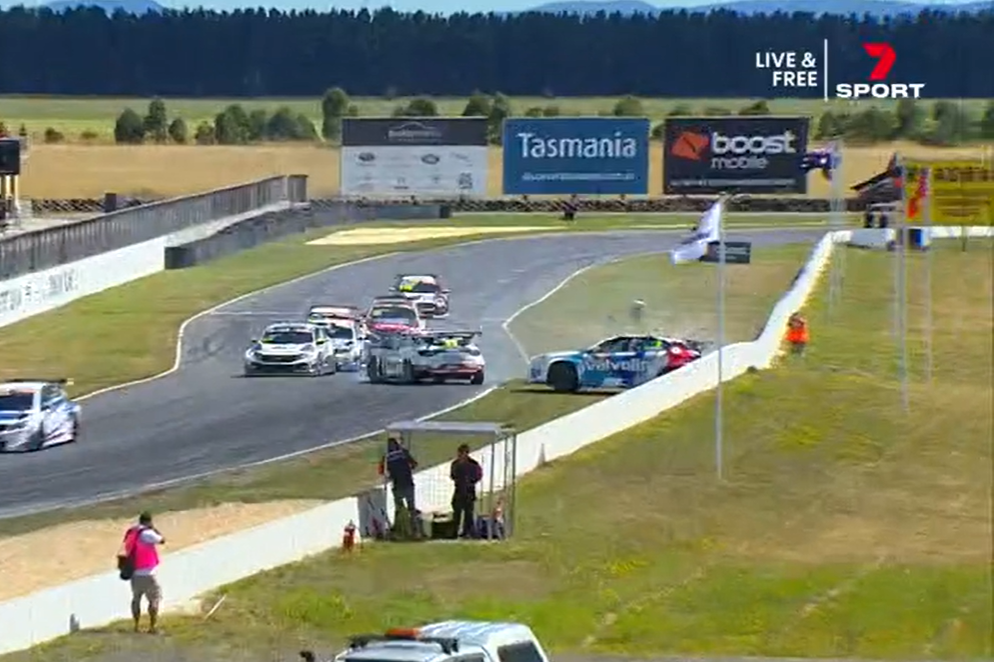 “I felt like he saw me, and as soon as we got into the braking zone he just turned across in front of me.

“We both spun and unfortunately Michael’s car sustained severe damage. It’s very unfortunate and I feel for the Valvoline Alfa guys.”

It was a version of events that Team 18 Supercars co-driver Caruso didn’t exactly accept.

“Dylan tagged the back corner and that sent me up into the fence pretty hard,” said Caruso.

“The guys are trying to get it fixed for the next race, hopefully we can get out there.

“It’s quite a bit of damage, it’s basically everything from the rear doors back. We’ll see how we go, it’s a lot of work.”

Jordan Cox led home Lee Holdsworth in the morning race, in a reverse of yesterday’s result.

The TCR finale at Symmons Plains will start at 3:27pm AEDT.