Van Gisbergen: NZGP win ‘one of my best’

Van Gisbergen: NZGP win ‘one of my best’ 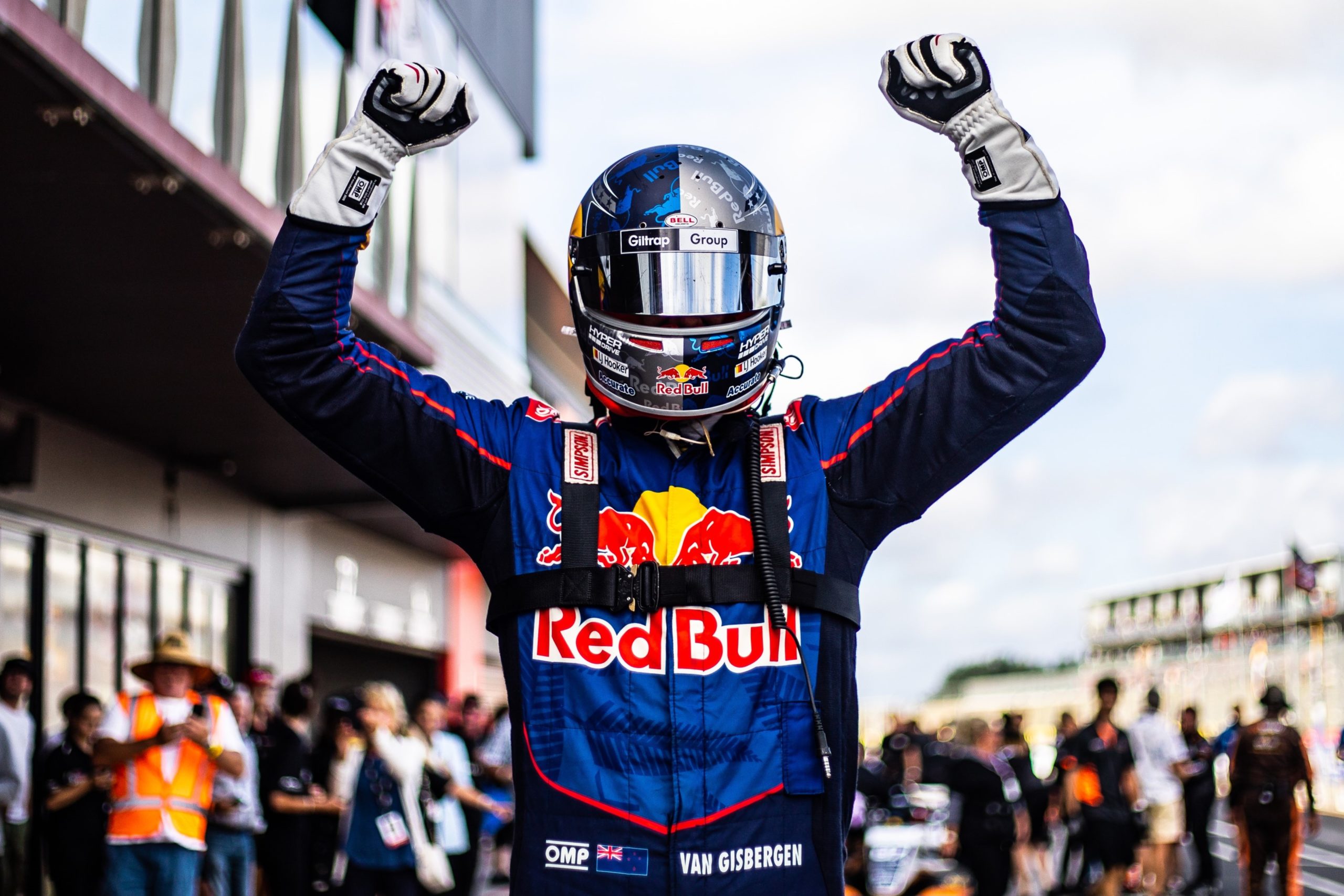 Shane van Gisbergen says his come-from-behind victory in the New Zealand Grand Prix is one of his best career wins to date.

The Red Bull-backed driver won the 66th running of the event in remarkable circumstances at Hampton Downs Motorsport Park on Sunday.

After accidentally setting off his fire extinguisher before the race began, his team frantically rushed to clean his car and replace the fire retardant in time to make the gird.

However, van Gisbergen was forced to start from the pit lane after he failed to exit the pits within the allocated two-minute window.

Despite the pre-race drama, van Gisbergen came from last and charged through the field to take the lead with 10 laps to go, winning by two seconds.

“It was the perfect weekend,” van Gisbergen told Speedcafe.com.

“I didn’t think I was going to be competitive. I knew we’d be somewhere okay, but I didn’t think we’d be that fast. The car was just awesome.

“It’s certainly one of my best ones,” he said of the win.

“It’ll be one I look back on in years to come and be excited about it. It’s all a bit of a blur.

“I want to look at the onboard again and watch that race happen because I’ve forgotten half the passes. It was so much fun.”

Van Gisbergen took an aggressive approach to his comeback drive, which almost ended in disaster early on.

The 31-year-old made wheel-to-wheel contact out of the Dipper in the opening laps with Billy Frazer, though the pair came away unscathed.

“A few people I just gave them no option; don’t turn in or we’ll crash. Luckily the front nose was still there. I hit a couple of people. But it’s all good.

“I knew it was going to be tough from 10th anyway. I got into second behind Daniel [Gaunt] and started waving at him.

“I just had fun and tried to enjoy it. As I’ve said all weekend, I haven’t enjoyed the car, but how good banter in the pits and how friendly everyone is and how good the teams are, and how awesome it is to see a big crowd here is really cool.”

Van Gisbergen will return to Australia on Tuesday to begin preparing for the forthcoming Supercars season with Red Bull Ampol Racing.