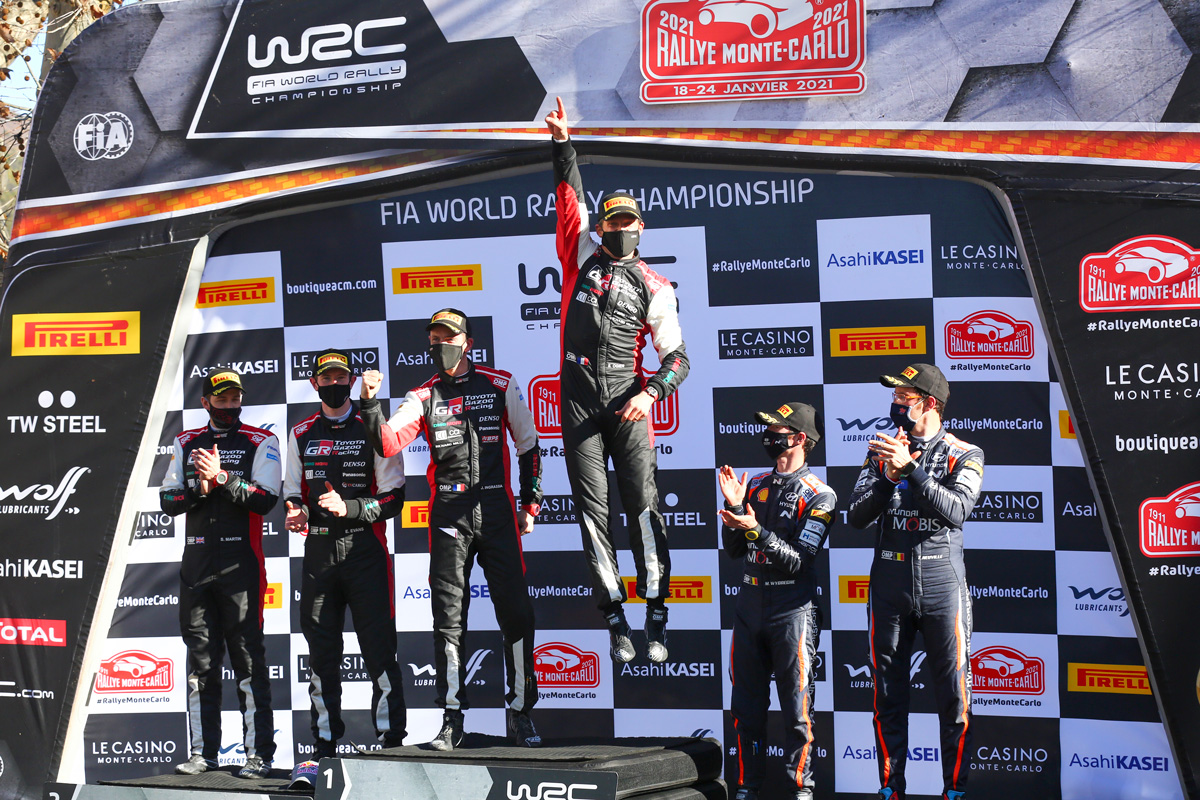 Ogier leaps with joy after winning the 2021 Rallye Monte-Carlo

Sebastien Ogier and co-driver Julien Ingrassia have notched a spectacular double milestone in the form of their latest conquering of the Rallye Monte-Carlo.

It marked the French pair’s record eighth triumph in the event, and overall their 50th World Rally Championship victory.

“This is a perfect start to the season,” said seven-time WRC champion Ogier.

“Watching this rally as a kid gave me the dream to become a driver one day.

“If I could have only one record, for sure I would take this one. It has a lot of meaning for me, and this is also the reason I was quite emotional on the podium.

“The Yaris WRC has been fantastic this weekend: I had such a good feeling in the car.

“I think it was a good decision to do one more year… it is never the easiest to manage a lead and especially on this rally, but we did it.” 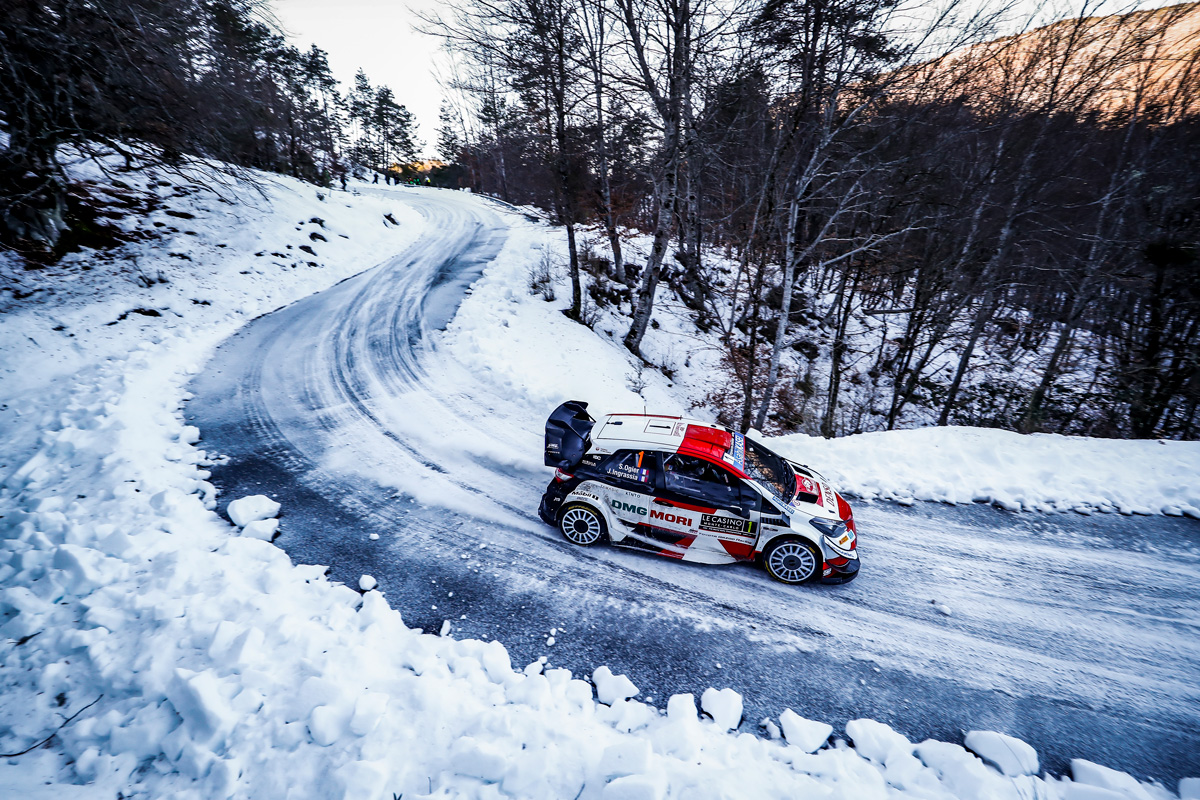 Ogier’s Toyota in action at the Rallye Monte-Carlo

Early leader Ott Tanak’s mission to repeat his 2019 title got off to a rocky start by comparison, forced into retirement after a succession of punctures.

“For my first rally in this role and immediately we have a one-two-four finish, and also Takamoto [Katsuta] in sixth, as well the maximum points in the Power Stage – it’s incredible,” said Latvala.

“I have a fantastic team and we have the best drivers… it’s an amazing result to start the season with.”

The Arctic Rally Finland will host the second round of the WRC season on February 26-28.