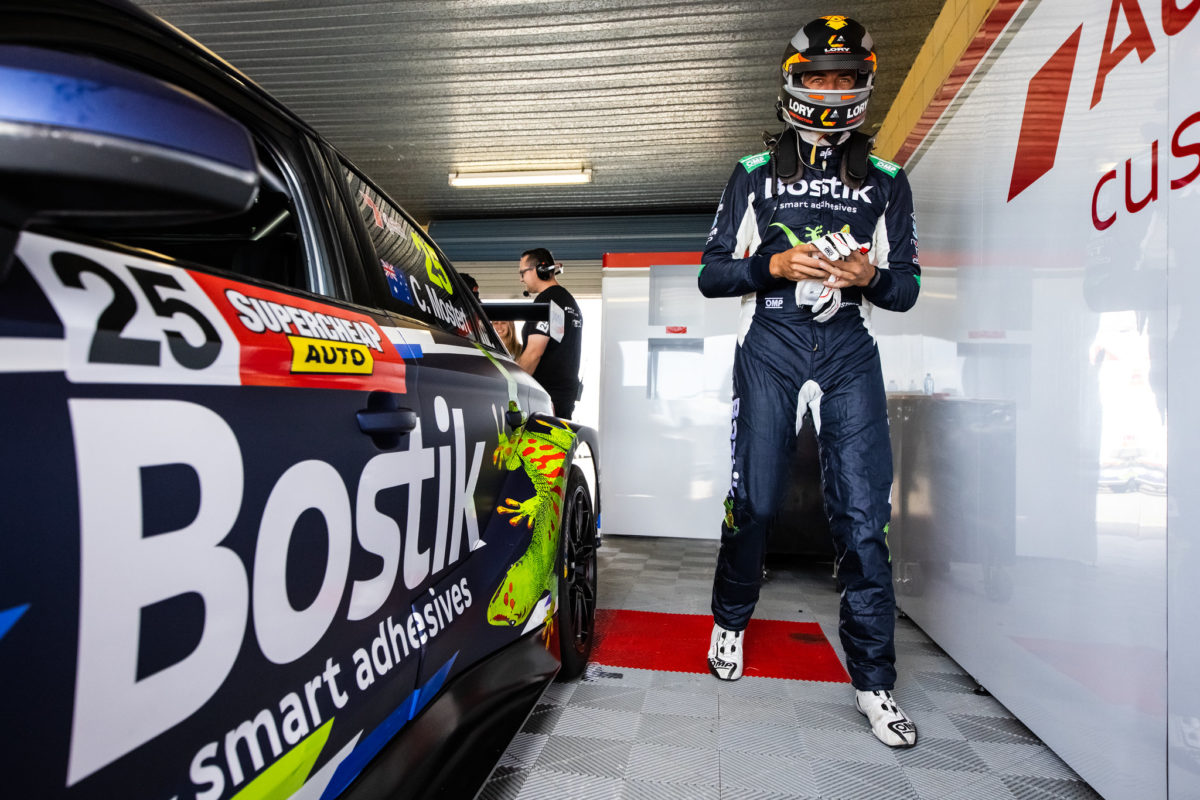 Chaz Mostert “would like to see something” from officials after contact with Jay Hanson saw him spin out of third in Supercheap Auto TCR Australia Race 1 at Symmons Plains.

Mostert was on for a podium when his Audi rotated at the hairpin on what would be the fourth-last lap, thanks to a hit from the #9 Alfa Romeo.

Hanson, who inherited the Bathurst 1000 winner’s position and remained third until the chequered flag, admitted post-race it was “completely” his fault.

The incident is under investigation and, speaking post-race, Mostert hinted that he thought some sort of sanction was deserved.

Asked about penalties, he said, “Look, I have no idea.

“There’s generally people that get paid a lot more money than me to make those decisions.

“Look, of course, I lost spots out of it, so I’d like to see something but that’s just the way racing goes.

“We’ll see what happens at the end of the day.”

Hanson had earlier said from parc ferme, “First of all, I want to say sorry to Chaz.

“Honestly, it was completely my fault. I locked a brake and just I’m so sorry to Chaz.

“But obviously I‘m stoked to be running up the front with all them guys and I’m really enjoying it at the moment.”

Mostert gained one spot after the incident to finish sixth, in a race won by Lee Holdsworth.

UPDATE: Hanson has now been penalised