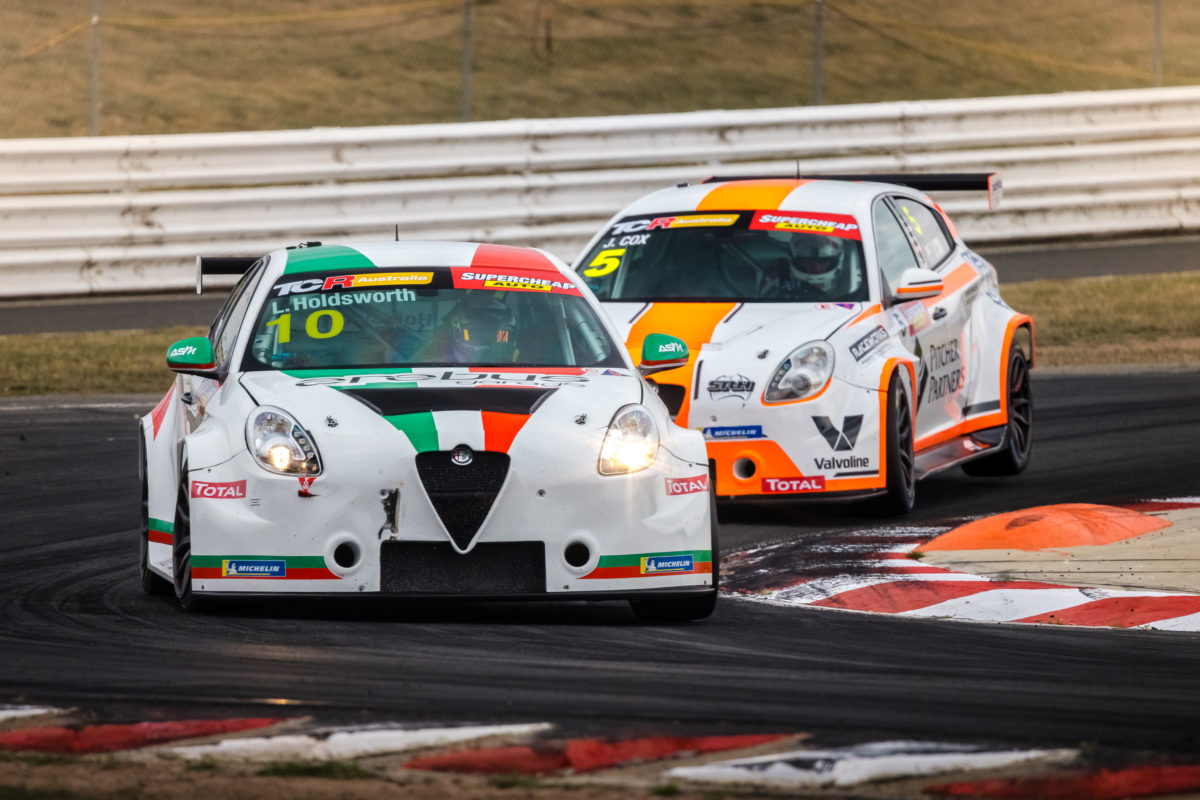 Lee Holdsworth has come from behind to win Race 1 of the 2021 Supercheap Auto TCR Australia Series at Symmons Plains.

Holdsworth had put his Ashley Seward Motorsport (ASM) Alfa Romeo on pole position and while he lost the start to Jordan Cox, the lead was his before the halfway mark and remained that way thereafter.

Jay Hanson made it an all-Alfa Romeo top three, but only after contact with Chaz Mostert which pitched the Bathurst 1000 winner’s Audi into a spin late in the piece.

Mostert made up one position following that incident to take the chequered flag in sixth spot, while Michael Caruso got back to 12th after a pit lane start.

Caruso’s Alfa Romeo had become stuck in gear before the start and the Garry Rogers Motorsport driver was not able to take off for what would be the first of two formation laps.

In some small consolation, Car #7 was fired up again after initially being towed into the infield, while it was his team-mate Cox who got the jump when the race finally got underway.

Holdsworth stuck close enough to give Car #5 a nudge at the hairpin on Lap 4 and took over the lead under brakes at the end of the back straight on Lap 6.

By then, Mostert (Audi) had relieved Jay Hanson of third spot with a dive at the same corner, two laps earlier.

Mostert did not look a threat for the two Giulliettas up the road but the one behind proved more than a threat when there was a coming-together at the hairpin on Lap 17.

He dropped to seventh but managed to regain one position in the three laps which remained.

Meanwhile, Holdsworth twice came close to stretching his margin beyond a second, and it was officially 0.7763s when he and Cox reached the chequered flag after 20 laps.

Hanson ended up third in another ASM entry, from Josh Buchan (Hyundai) and Aaron Cameron (Peugeot).

Jason Bargwanna (Peugeot) finished 11th in a race which was initially shortened by one lap to 24 due to the extra formation lap and ran time-certain anyway.