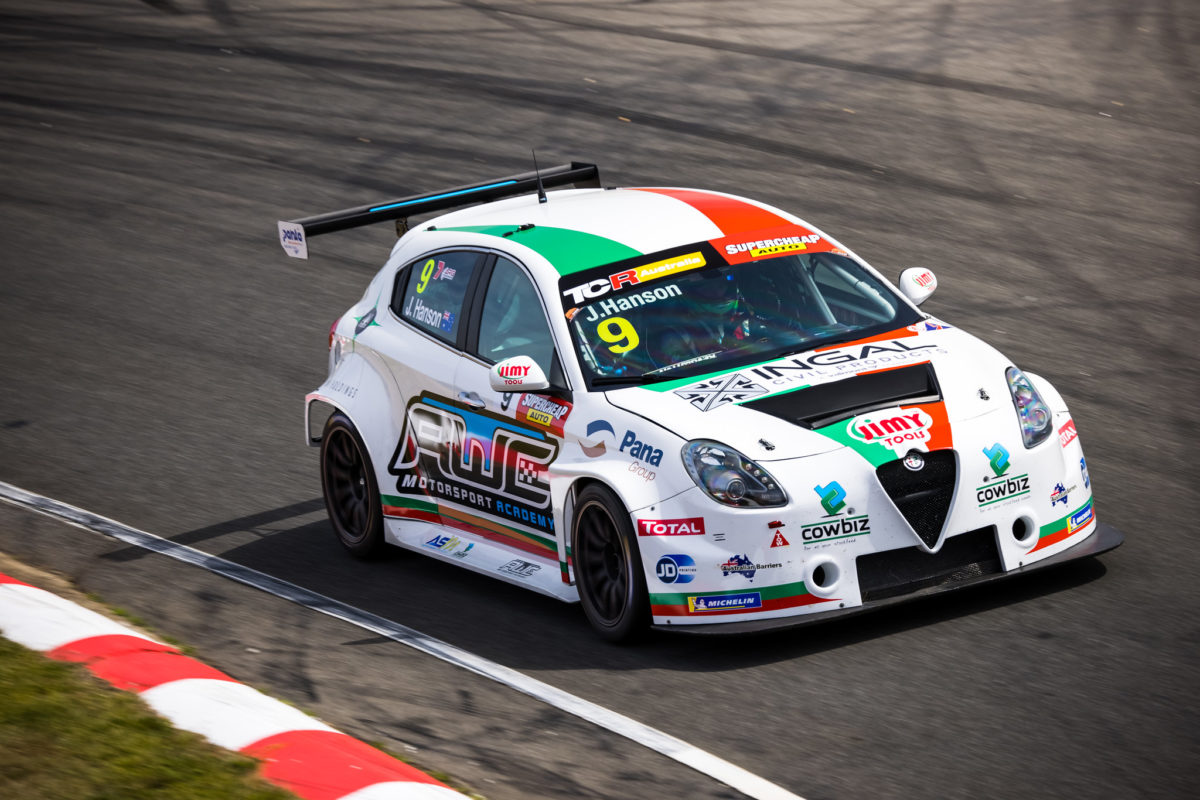 Jay Hanson has been issued a 10-second penalty for taking out Chaz Mostert in Race 1 of the Supercheap Auto TCR Australia Series at Symmons Plains.

The Alfa Romeo driver made contact with Mostert at the hairpin on Lap 17, causing the #25 Audi to spin.

Hanson took the chequered flag in third, the position Mostert has held, but will be reclassified in seventh as a result of the time addition, which a Motorsport Australia spokesperson has confirmed.

Mostert in turn rises from a provisional sixth to fifth position, all told.

The Bathurst 1000 winner had said that he would “like to see something” for the incident, for which Hanson freely accepted responsibility in comments made just after the race.

In S5000, which is also on the bill at Boost Mobile Race Tasmania, Cooper Webster was disqualified from a finishing position of eighth in Heat 1 for a breach of sporting regulations.

Specifically, Webster has found to have failed to wear the appropriate fireproof undergarments.