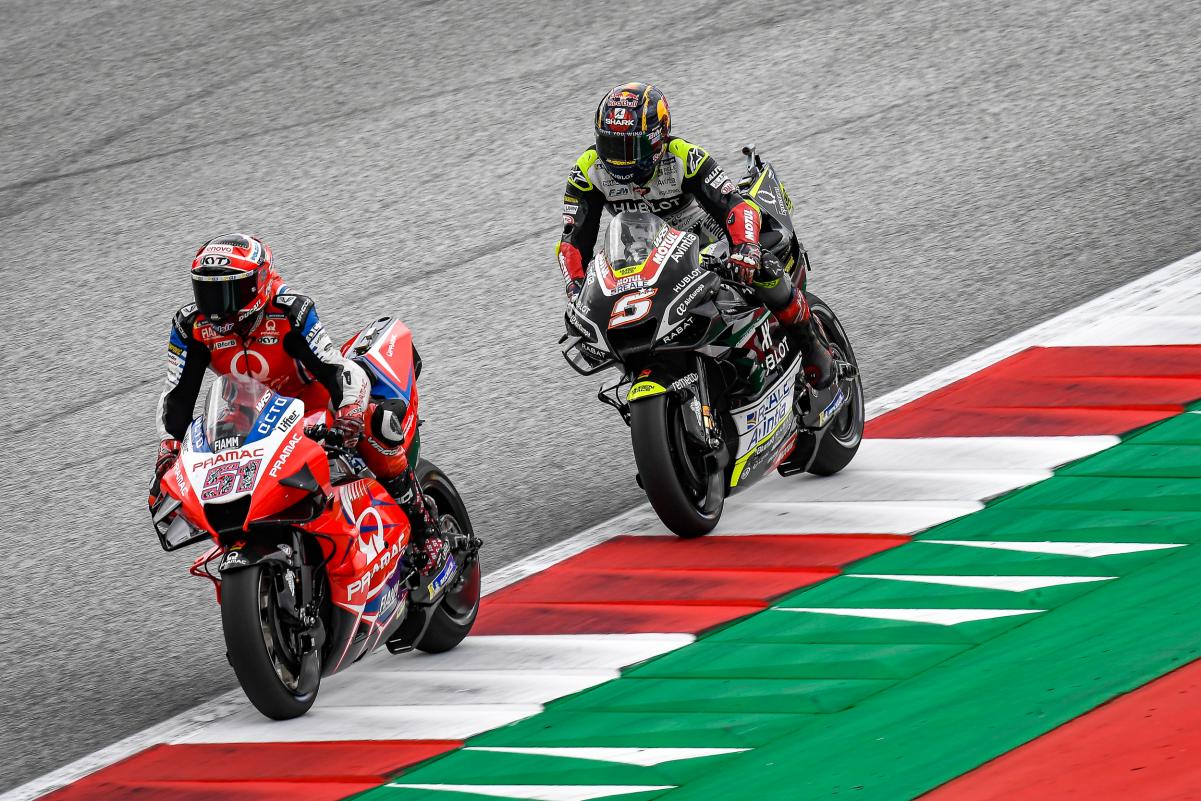 Johann Zarco has identified Jack Miller’s 2020 performance as a target when the Frenchman rides for Pramac Racing in this coming MotoGP season.

Miller and Zarco have each moved up a step in Ducati’s hierarchy for 2021, the former from Pramac to the factory team and the latter promoted after being placed at Esponsorama Racing (Avintia) last year.

Although the Australian had four DNFs, only one of which was of his own making, he also picked up four podiums compared to Dovizioso’s total of two, including second placings in each of the last two races of the season.

Zarco ended up 13th in the standings but bagged Ducati’s only pole of the campaign, despite riding a year-old motorcycle, and will have GP21s at his disposal this time around.

“In 2020 I learned a lot of things on the Ducati, I also had good performance but not very good consistency during the season,” he told MotoGP’s official website.

“So, the way Jack Miller finished the season on the Ducati Pramac bike, fighting for podiums and thinking about victories, I would like to perform in the same way.

“I need to see how I will be on the new bike, and I can fight for podiums, I would love to take it and keep this consistency during the season.”

On who might fight for wins this year, Zarco said, “In 2020 there were so many riders thinking about victories and also a new world champion in Joan Mir. It means that almost everything is possible.

“I think we will see a similar performance from everyone, many riders know their bikes pretty well.

“It’s going to be tough but this is the beauty of the highest level of MotoGP.

“From my side I would like to perform a lot to keep the dream on.”

Zarco has been at Jerez in the past week, along with a number of Superbike World Championship competitors, where he was to have ridden a Panigale V4S road bike.

Wet weather, however, meant he only had limited running.

“I preferred to wait [for dry conditions] but no big drama, it’s only the beginning of training,” remarked the 30-year-old.

“I think in February I will get more opportunities to come to Spain and prepare myself for March to be ready on the Pramac Ducati bike in Qatar.”

MotoGP’s Shakedown Test will be held at Losail on March 5, with Zarco able to hit the track as part of the first Official Test of the 2021 pre-season from the following day.