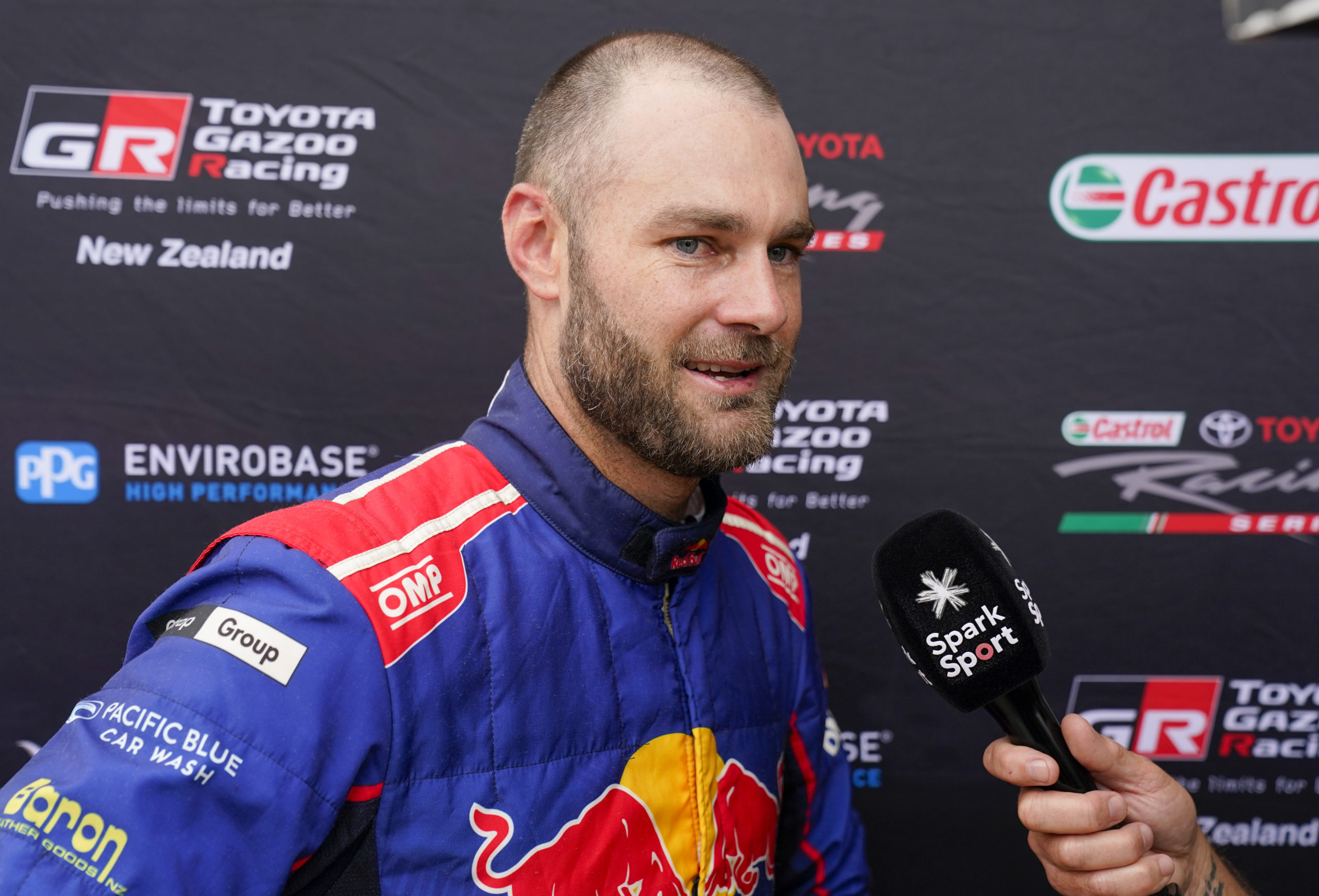 Shane van Gisbergen says he was left with sore eyes and sodden after accidentally setting off his fire extinguisher minutes before starting the New Zealand Grand Prix.

What followed was a frantic effort from van Gisbergen’s team to clean his car and refill the extinguisher before starting the race.

Last year’s Bathurst 1000 winner was set to start 11th, but was forced to start the race from the pit lane after failing to exit it in time.

With only a few minutes to spare, van Gisbergen replaced his visor and tear-offs but raced on with wet overalls.

Speaking with Speedcafe.com, van Gisbergen feared he wouldn’t be able to make the race.

“I flicked the ignition and went to start it and I must have flicked the fire extinguisher,” said van Gisbergen.

“I’ve never done that in my life. I got all the stuff in my eyes and wondered what was happening. Turns out I had pressed the wrong button.

“I was trying to clean up the car and didn’t know whether we could run. I didn’t know if we could do a formation lap or start from the grid.

“I was covered. I had to get some new gloves. My eyes were burning. I’ve never had a fire extinguisher go off before. It was crazy.

“I had my visor open as I went to start the car. And then of course we were panicking, got it running, but just missed the pit exit.”

Van Gisbergen was able to complete the warm-up lap before returning to the pit lane.

As he came upon 15th place starter Ken Smith, the 2016 Supercars Championship title winner signalled the 79-year-old to slow down so he could make it to the pit exit in time.

In the end, van Gisbergen made it to the end of the pit lane with time in hand.

“I was trying to tell him to slow down,” said van Gisbergen.

“I didn’t know how long it’d take for me to get to the end [of pit lane]. I was waving at him, ‘Slow down!’ But I accelerated down the pit lane so I knew I would make the end.

“I couldn’t hear anything. I didn’t know when the light was going to go. I just stayed ready. I’ve never started from pit lane before.”

Despite the pre-race predicament, van Gisbergen went on to win the 28-lap affair from last.