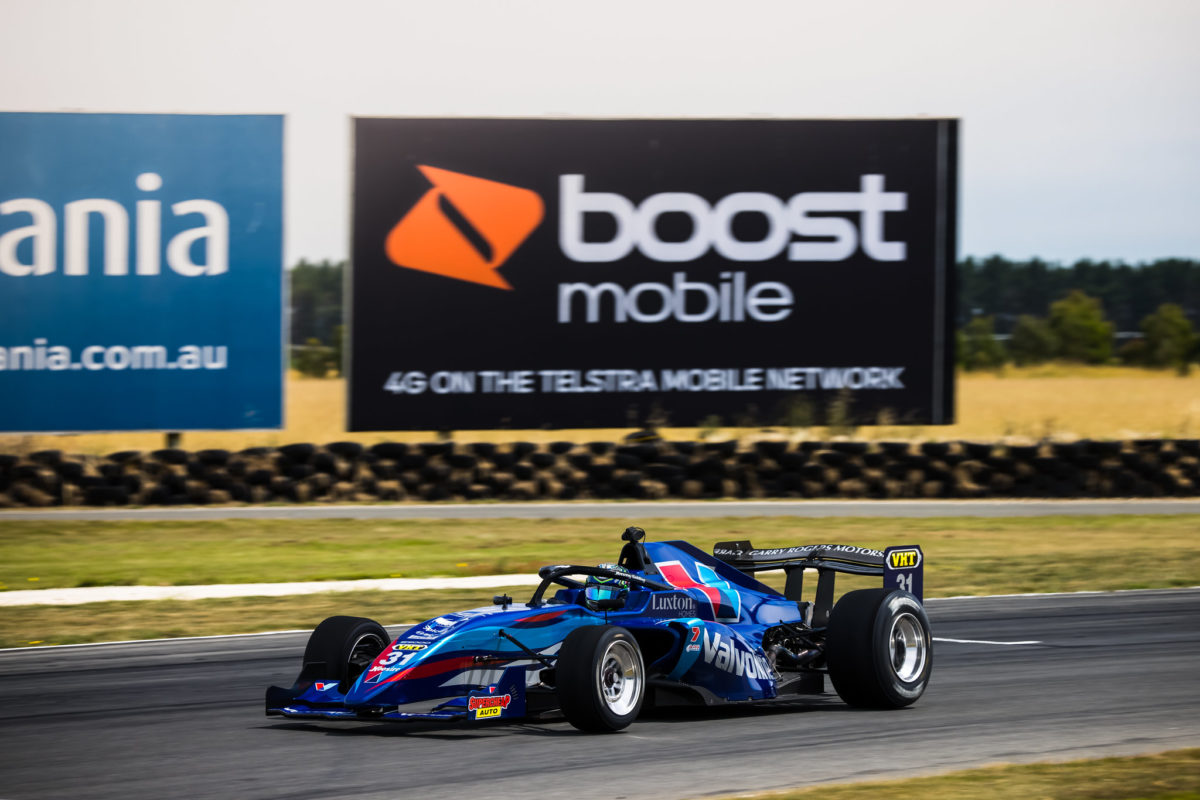 The Garry Rogers Motorsport driver was quickest in each of the two full practice sessions at the Tasmanian circuit, after Thomas Randle topped a ‘Practice 0’ for rookie drivers which saw all 11 of this weekend’s entrants turn laps.

Golding laid down a 49.3463s in Practice 1 at Boost Mobile Race Tasmania and followed that up with a 49.6736s in Practice 2, well under the race lap record belonging to Alfredo Costanzo from 1980.

Both of those sessions were to have run for 25 minutes although around half of the latter was lost due to a red flag, and it was run in hotter, mid-afternoon conditions anyway.

He was beaten to second spot in Practice 2 by BRM team-mate Joey Mawson’s 49.6937s, which was good enough for third combined.

Tim Macrow ended up fourth for the day, ahead of Nathan Herne.

Golding said after Practice 2, “Pushing a bit harder then, had a bit of an off, as a couple of people did, I think, but nah, it was all good.

“We were trying a few things to the car, having a bit of a play, trying to find some improvements. There’s always somewhere you can improve, so pretty happy with how it went.

“We’ve got a fair idea of how we’re going to start the car in qualifying tomorrow but there’s still plenty of guys behind us that are sort of hot on our tail. Mawson’s pretty quick and so’s Randle.

“This is just going to be about getting [through] qualifying and getting off to a good start; I think qualifying’s really going to set your weekend up here.

“Around a short circuit, it’s just vital to the whole weekend, really.”

The 25-year-old is also wary of the effect which heat could play tomorrow, with a maximum of 34 degrees Celsius forecast for nearby Launceston.

“It’s certainly not going to be easy,” remarked Golding.

“These cars are pretty heavy to handle, especially the steering, brakes.

“The hairpin requires a lot of effort to get through there; you’ve pretty much got one hand off the wheel to get the lock wound onto it, and the load through the steering’s unreal.

“You’ve got to use energy where you need to and save it where you can so that you can last the distance.”

Cooper Webster caused the day’s sole red flag when he got stuck at Turn 2, 14 minutes into Practice 2.