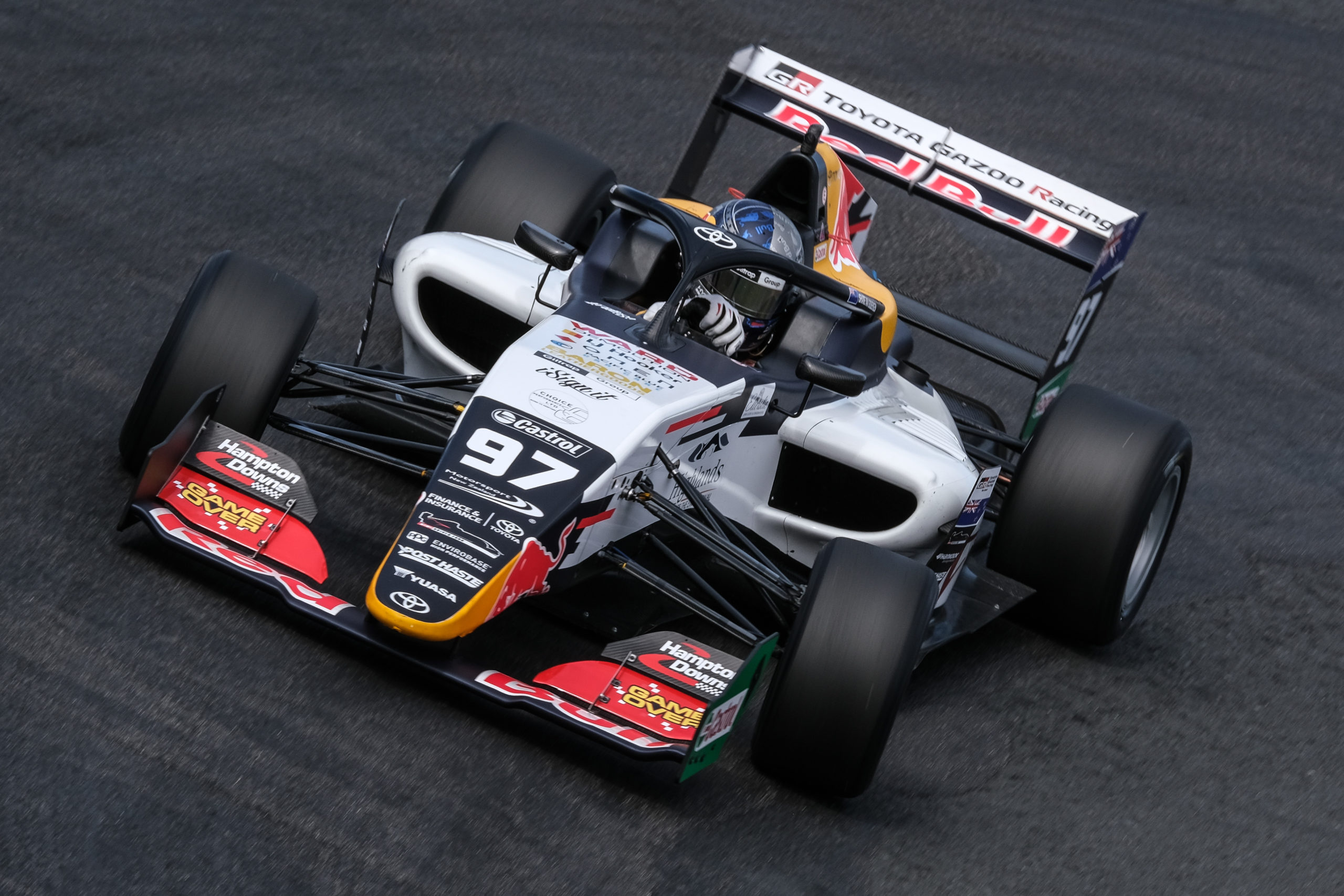 Shane van Gisbergen has won the New Zealand Grand Prix in extraordinary circumstances, charging through the field after starting from the pit lane.

It was a frenetic 28-lap affair that saw drama kick off even before the feature event got underway when van Gisbergen set off his fire extinguisher.

What followed was a frantic effort to clean his Toyota FT-60 and refill his fire extinguisher before the start of the race.

Despite those efforts, the team was unable to get the car ready in time, missing the cut-off time to exit the pit lane.

As a result, the Kiwi couldn’t take to the grid and instead had to start from the pit lane.

What followed was a passing frenzy, coming through the field from 16th to take the lead with 10 laps to go.

“Some numpty went to start the car and pushed the fire extinguisher button, so she was a bit of a panic,” said van Gisbergen.

“That was my fault. I thought it was all over. Man, the car was awesome. Perfect Safety Car, and then, yeah, I don’t know how the front wing is still on the thing. I had to rough up a few guys.

“That was unreal. It’s been an awesome weekend. I’m pretty speechless. I thought it was going to be hard from 10th, let alone the pit lane.”

Ngatoa took the holeshot into Turn 1 but had Gaunt at his outside on the run down to the Turn 2 hairpin, the four-time Bathurst 1000 starter sweeping around the outside and into the lead.

At the end of the opening lap it was Gaunt who led Ngatoa with Chris van der Drift, Andre Heimgartner, and Greg Murphy in tow.

The experienced van der Drift soon made his way through on Ngatoa, completing a pass on Lap 4.

It wasn’t long before van Gisbergen caught the back of the field, making his way through to 12th.

Drama struck on Lap 6 when van der Drift clipped the back of Gaunt’s right rear wheel, resulting in a damaged front wing for the trailing Tasman Motorsports Group-backed entry.

Gaunt continued on unabated while van der Drift came to the pit lane to fit a new front wing.

Moments later and the Safety Car was deployed after Peter Vodanovich parked his car between the Dipper and the final corner.

The race restarted on Lap 10 and it wasn’t long before van Gisbergen began scything through the field.

First, he picked off Murphy, then began hassling the Leitch brothers.

Leitch mounted a fightback, however, diving down the inside at the Turn 2 hairpin and snatching the place away.

Come Lap 14, Heimgartner made his way through on Ngatoa at Turn 2. Moments later and van Gisbergen was through to fourth.

Van Gisbergen continued to hustle, dive-bombing Ngatoa at the Dipper to move into the podium places come Lap 15.

With 11 laps to go, van Gisbergen lunged at the Dipper, demoting Heimgartner to third.

A lap later and van Gisbergen was through on Gaunt at the Turn 7 hairpin. That allowed Heimgartner to follow through and into second.

The closing stages of the race saw Gaunt fade while Payne came through to third after an intense fight with Ngatoa.

Soon enough, van Gisbergen stretched his legs out to a two-second lead over Heimgartner and claim an emphatic victory.

The Leitch brothers Damon and Brendon were sixth and seventh while the top 10 was completed by Gaunt, Billy Frazer, and Murphy.