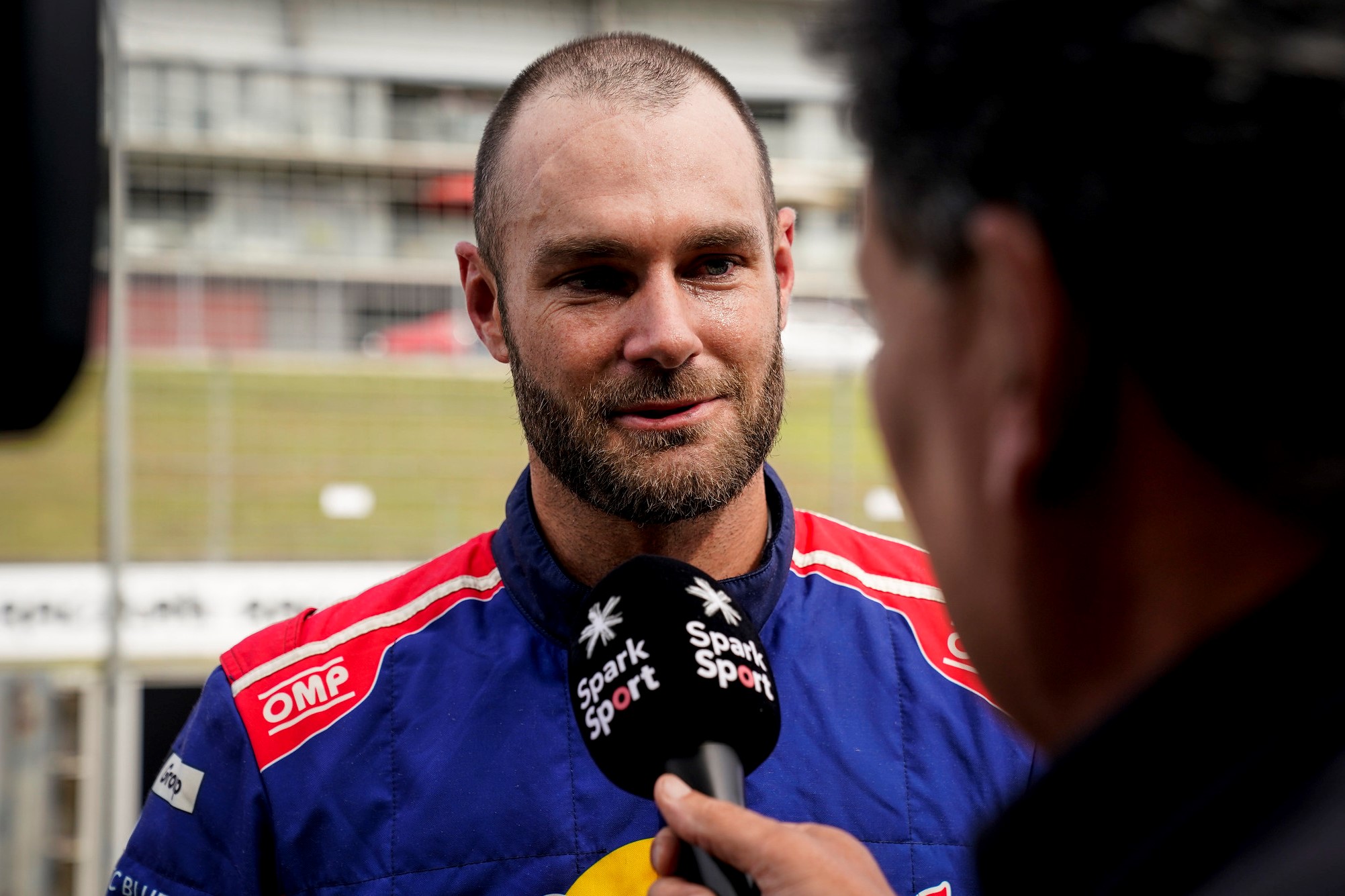 Shane van Gisbergen has recounted his “graphic” return to the Castrol Toyota Racing Series, which left him wide-eyed at Hampton Downs.

After starting second, the Supercars champion chased pole sitter Chris van der Drift and passed him in the final half of the race and ultimately win.

The weekend opener was punctuated by a light dusting of rain in what was an incident-free affair.

Although not enough to affect the outright speed of the field, van Gisbergen said the sprinkling left him wondering.

“The interesting part for me was when it was sprinkling, it’s so graphic, it’s on your visor,” said van Gisbergen.

“I had a few tear-offs left from speedway. I had them on and I was ripping them off. The visor was wet and I was thinking, ‘Shit, is the track wet?’ So I ripped the tear off and, ‘Oh, it’s not raining anymore’. It’s so different. I haven’t had that feeling for a long time.

“You could sort of see a bit of steam. Being the leader sucks as well. You don’t know how much grip there is. I asked the team to tell me on the radio if anyone was spearing off and making mistakes because you just can’t tell what the grip level is going to be.”

Last year’s Bathurst 1000 winner said it was an eye-opening return to single-seater racing.

The 31-year-old said he took some learning out of the first race heading into tomorrow’s 66th running of the New Zealand Grand Prix.

“I’ve got a lot to study tonight. My car is not perfect, but it’s pretty good,” he said.

“It’s weird, I don’t know if it happens on the V8, but I got this weird strip around my tyre of rubber build-up and I’m looking at that while driving and doing the Lewis Hamilton and thinking me tyres are wrecked and wondering what’s going on. Normally I can’t see my tyres.

“It was a weird feeling, a lot of different sensations that you don’t normally get.”

Van Gisbergen, who measures in as the second tallest driver on the grid, said he was didn’t feel comfortable in the Toyota FT-60.

An awkwardly close steering wheel left him disgruntled on Friday. Despite that, the Kiwi said he came out of Saturday’s race “pleasantly surprised”.

“I’ve been complaining about how they are to drive, but in the race I enjoyed it,” he said.

“You’re battling your friends and there’s the hype on the grid. Everyone is on the limiter. You still get that excitement. I was nervous on the grid, which is a good thing. Once the race started. Seeing a lot of people here is a cool thing.

“I sound old saying it but I think I grew up in a good era. High revving engines, hard to drive. It’s the way the world’s going, it’s the way Supercars is probably going to go. I don’t know, I did enjoy today, but I didn’t think I would.”