Van Gisbergen getting to grips with ‘very different’ FT-60

Van Gisbergen getting to grips with ‘very different’ FT-60 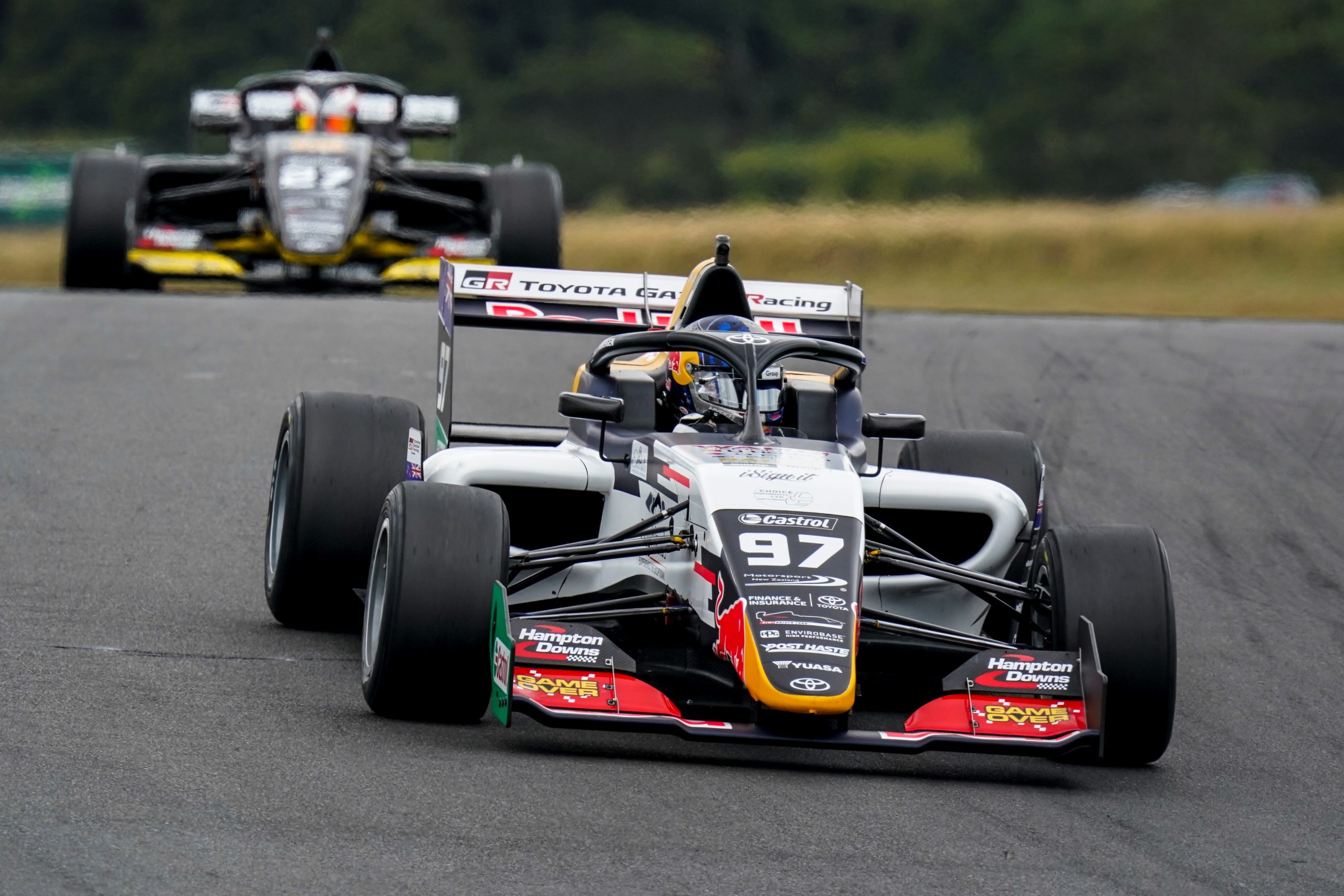 Shane van Gisbergen has explained some of the challenges he is having to overcome as he gets to grips with the Toyota FT-60.

This weekend van Gisbergen will contest the 66th running of the New Zealand Grand Prix at Hampton Downs Motorsport Park.

Speaking after the day’s running, van Gisbergen said he spent much of Friday learning how to brake properly and get comfortable in the cockpit of the Tatuus T-318 chassis.

Asked what challenges he’d faced in getting acclimated to the car, van Gisbergen said, “Firstly trying to fit in it the last few days.

“I did the test last week but then my helmet was too high, so I’ve had to shuffle and sink down.”

Among the challenges for van Gisbergen is an awkwardly close steering wheel [pictured below]. 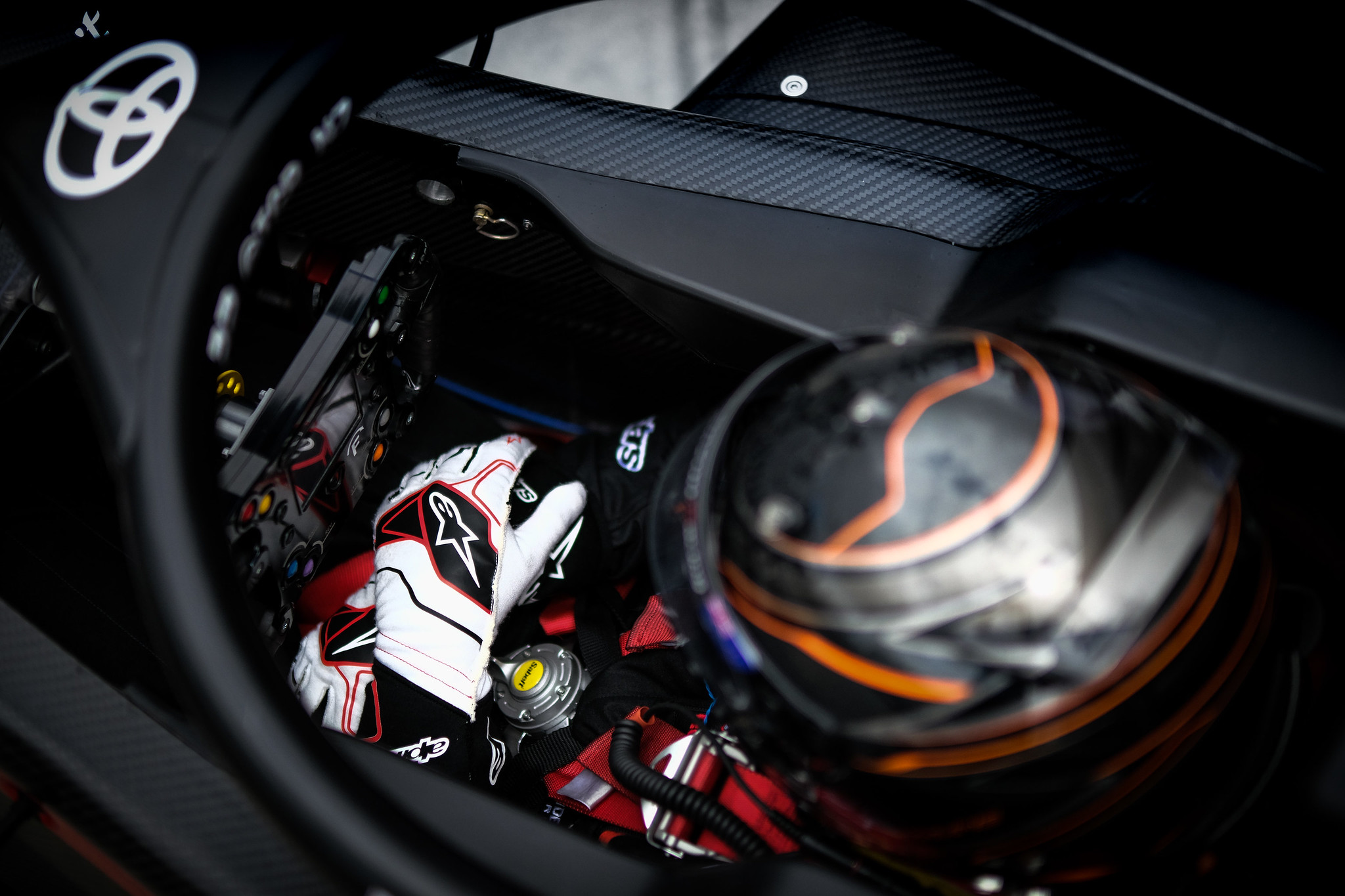 To try and mitigate the problem, some drivers have elected to run a softer steering rack, which requires more input but isn’t as heavy to steer.

“The car is, to say it nicely, poorly designed,” said van Gisbergen.

“The steering is super close and you’re driving with your wrists, so it’s really hard to drive and we’ve all had some problems with that, trying to get used to it.

“Some of us have slower [steering] racks so it’s a bit nice. I’ve had to learn to left-foot brake. It’s quite different [to the Supercar]. I’ve never done that before in a race car.

“The gap has been about half a second all day. I can see where it is, I find it, but then someone goes quicker. It’s not bad, just very different from what I’m used to.”

The 31-year-old said he’s taking a relaxed approach to the three-race weekend.

Van Gisbergen said he hopes the up-and-comers will feature prominently across the weekend.

He noted the likes of Peter Vodanovich, who was set to race in the Super3 Series in 2020 but was unable to do so due to the coronavirus pandemic.

Matthew Payne, who is set to race for Earl Bamber Motorsport in Porsche Carrera Cup Australia, was also among his picks.

“It’s cool to be here, racing with a lot of friends and a lot of young kids. Obviously we want to be up the front, but it would be good to see some of the young kids kick our arse as well.

“There’s been a lull for the last couple of years and it would be good to see the young kids be strong coming through, in my opinion.

“There’s quite a few fast ones and I think it’s good to see the future is bright for young kids in New Zealand from all classes coming through.

“There’s a few in Formula Ford and there’s a few like Peter Vodanovich. I’ve done a lot of driving with him, coaching.

“Matthew Payne, I don’t know very well, but his times are really strong and he looks like he’s consistent as well. That’s important.

“You’ve got Brendon [Leitch] as well. He’s still a young kid and he’s going well. It’s good to be a part of.”