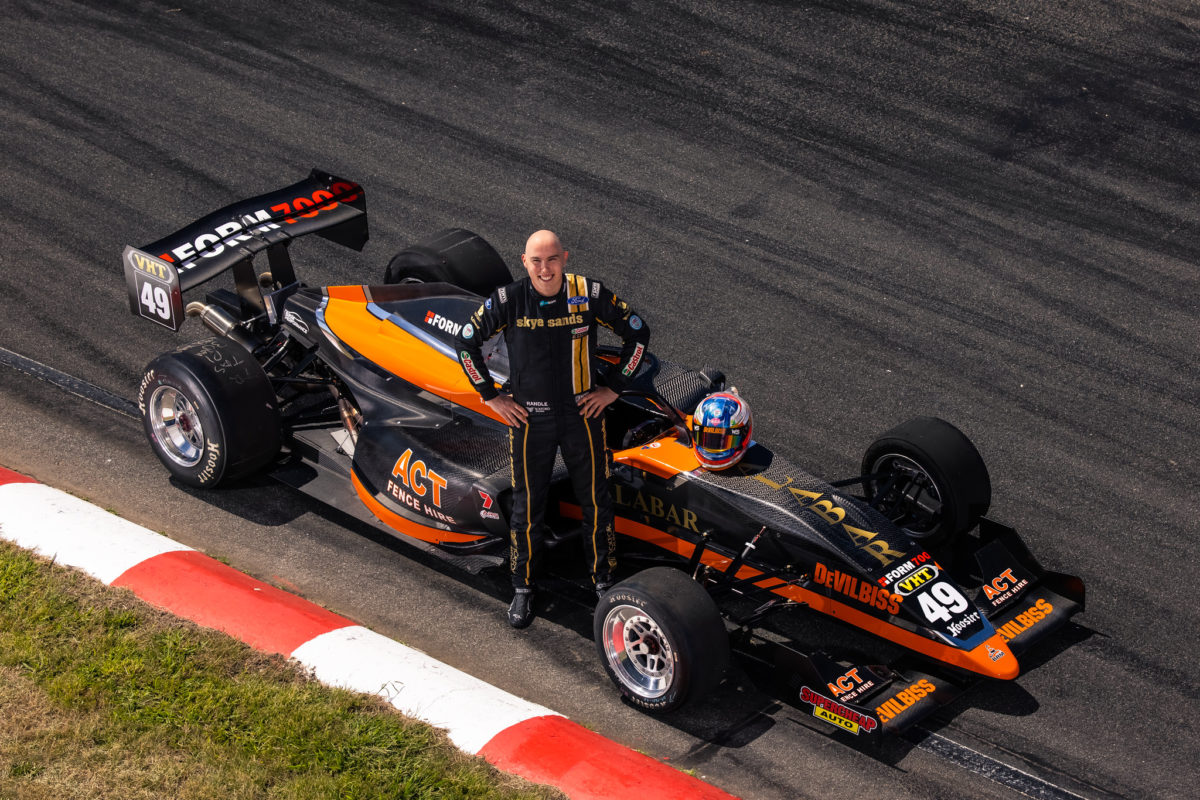 Thomas Randle has his eyes on breaking a lap record which has stood for over four decades when VHT S5000 makes its first appearance at Symmons Plains this weekend.

The opening event of Boost Mobile Race Tasmania is set to be the first time that points go on the line for the Australian Drivers’ Championship in the S5000 era after two exhibition rounds in 2019 and the abandonment of the 2020 season.

However, the outright lap record at Symmons Plains also belongs to an Australian Drivers’ Championship competitor, namely Alfredo Costanzo, who clocked a 50.16s in a Lola T430 back in 1980.

With 560bhp underneath each of the 11 S5000s which will take to the track this weekend, Randle sees Costanzo’s long-time benchmark as a realistic target.

“The lap record here has been standing for 41 years at a 50.1 and these cars, I think, are going to have a red-hot crack at beating that lap record,” he said.

“We’ve got three races to try and do it and I think anything’s possible.”

The tight, 2.41km Tasmanian circuit which plays host this weekend is therefore a new proposition for the field.

“These S5000s at Symmons Plains are going to be crazy,” remarked Randle.

“I don’t really know what to expect.

“It’s such a short lap with only three braking zones, and I think the slipstream’s going to be pretty strong down into Turn 4 at the hairpin and then also the back straight into Turn 6, so hopefully we should see some really close racing and a lot of passes at the hairpin.”

Randle lines up in the #49 Team BRM car this weekend having entered remission from testicular cancer off the back of two chemotherapy cycles and yet more surgery.

Practice takes place tomorrow ahead of qualifying and racing across the Monday and Australia Day Tuesday.