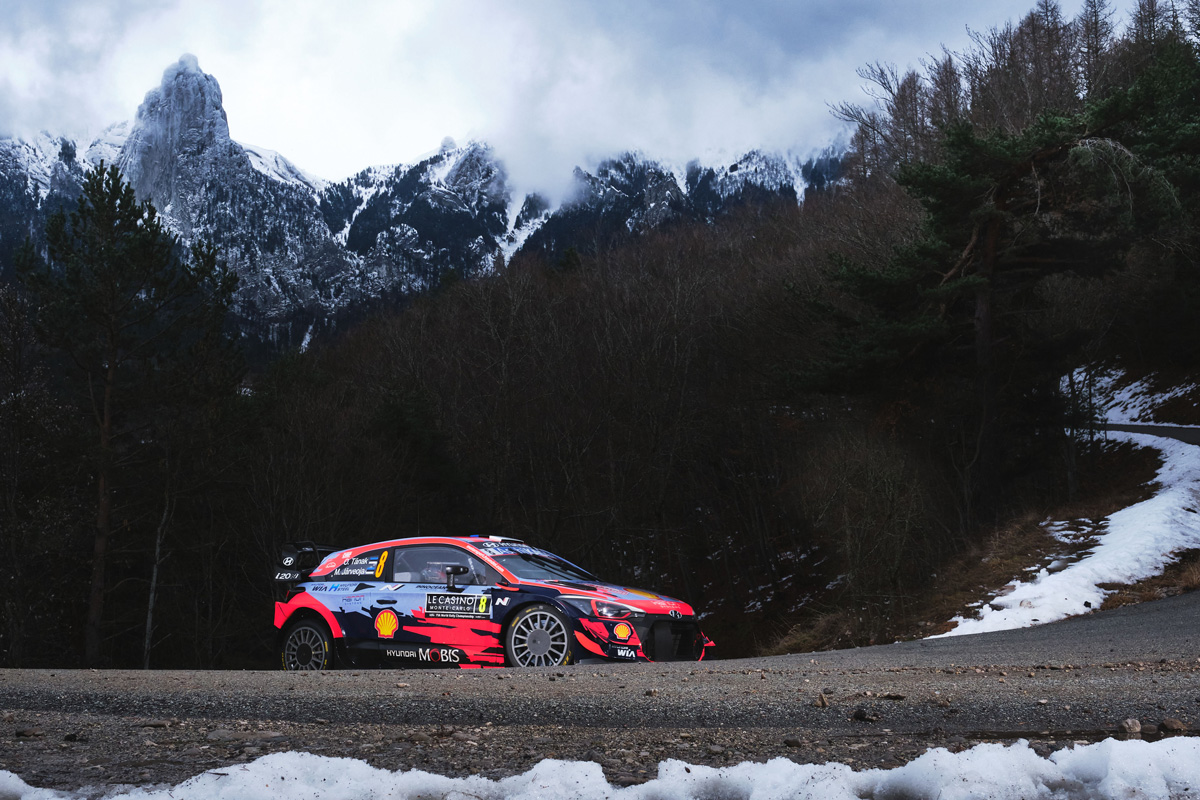 Tanak in action at the Rallye Monte-Carlo

Estonian ace Ott Tanak has gotten his 2021 World Rally Championship campaign off to a flyer, clinching both stage wins on the opening day of the Rallye Monte-Carlo.

Paired with countryman Martin Jarveoja, the 2019 champion holds a 3.3-second lead in the #8 Hyundai i20 Coupe from Toyota’s Kalle Rovanperä.

It marks a stark turnaround from his visit to Monte-Carlo 12 months back, when he crashed out in spectacular fashion.

“At the start, it was looking like quite a simple start to Monte-Carlo; we never started before in daylight and with consistent conditions,” said Tanak.

“The second one, with more cuts and muddy places, was very demanding and with lots of surprises.

“We have more stability with the car compared to last year and definitely better feedback.

“Overall, in wet conditions, the Pirelli tyres have some grip and seem to have good performance but in other places, when you hit some mud or some dirt, the step is quite big. It’s something we still need to learn and get experience.”

Thus far, 41.36km of running have been completed, with Elfyn Evans, Thierry Neuville and Sebastien Ogier rounding out a top five split by 16.9 seconds.

The most dramatic moment of the day fell to Finland’s Teemu Suninen, as he slammed into a bank on Special Stage 1 and was sent into a high-speed rollover, with damage forcing the M-Sport Ford entry out of the event. Both Suninen and co-driver Mikko Markkula emerged unhurt.

“Everything was going well and I had a really good feeling in the car,” said Suninen.

“Then coming into a corner I lost the line and touched the bank which sent us off the road.

“It’s a really big shame because the car was quick and everyone has worked really hard to be here.

“The pace was good and the car was looking really strong, so this isn’t the start to the season that any of us wanted – and with too much damage, we won’t be back tomorrow.”

The second day of action will involve five special stages.