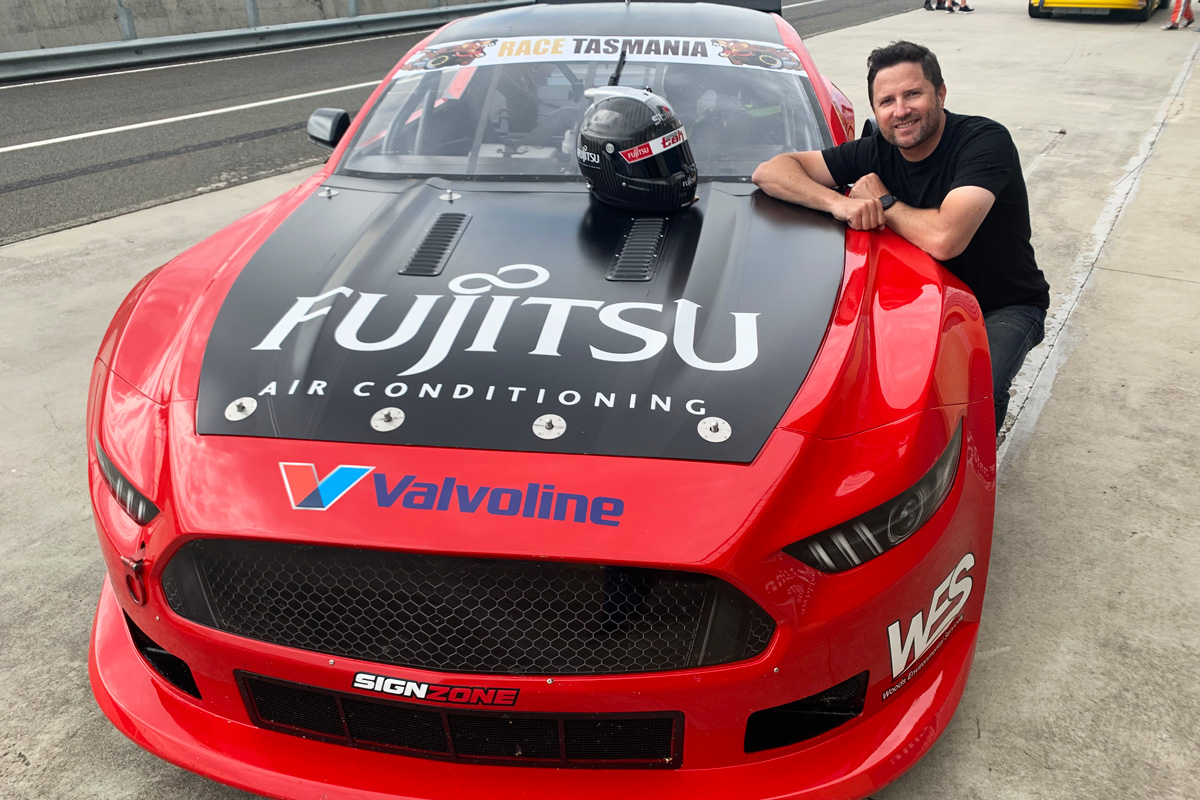 Owen Kelly with his Trans Am car

Owen Kelly has revealed a Fujitsu-underpinned livery for his Trans Am entry to compete at Symmons Plains and Baskerville in the coming week.

Kelly will make his class debut as part of Boost Mobile Race Tasmania this Sunday to Tuesday, marking a long-awaited return to racing on home soil.

The Devonport product’s last Tasmanian event came at the 2007 Symmons Plains Supercars round, in which he drove a Paul Morris Motorsport VZ Commodore.

“It’s cool. Obviously it’s always good to race at home and in front of your friends and family and some people that might not necessarily get to come and see you race on the mainland,” Kelly told Speedcafe.com.

Now a Melbourne resident, his initial impressions of the Trans Am vehicles have been all positive.

“The cars are really good fun to drive,” he said.

“They’re obviously V8, H-pattern gearbox and wide, low, loud. They tick all of the boxes, I think they are really cool.” Kelly will have Marcos Ambrose in his corner as crew chief – the pair “go back to when we were about nine years old when we started racing karts”.

Aged 43, Kelly promised this much of the weekend ahead: “We definitely want to have a good time and have fun but we certainly want to do well as well.

“We have put a lot of effort into preparing the car and GRM have bent over backwards for us in giving us everything we need. They’ve been fantastic.

“We won’t really know where we are until we get out in the first session against some pretty quick young blokes amongst the field, so we’ll just see where we stack up.

“At the end of the day, like any race, you just go flat out and you are where you are. Hopefully we’re somewhere near the pointy end.”

Action at Baskerville, 20km north of Hobart, will take place across January 29-31.