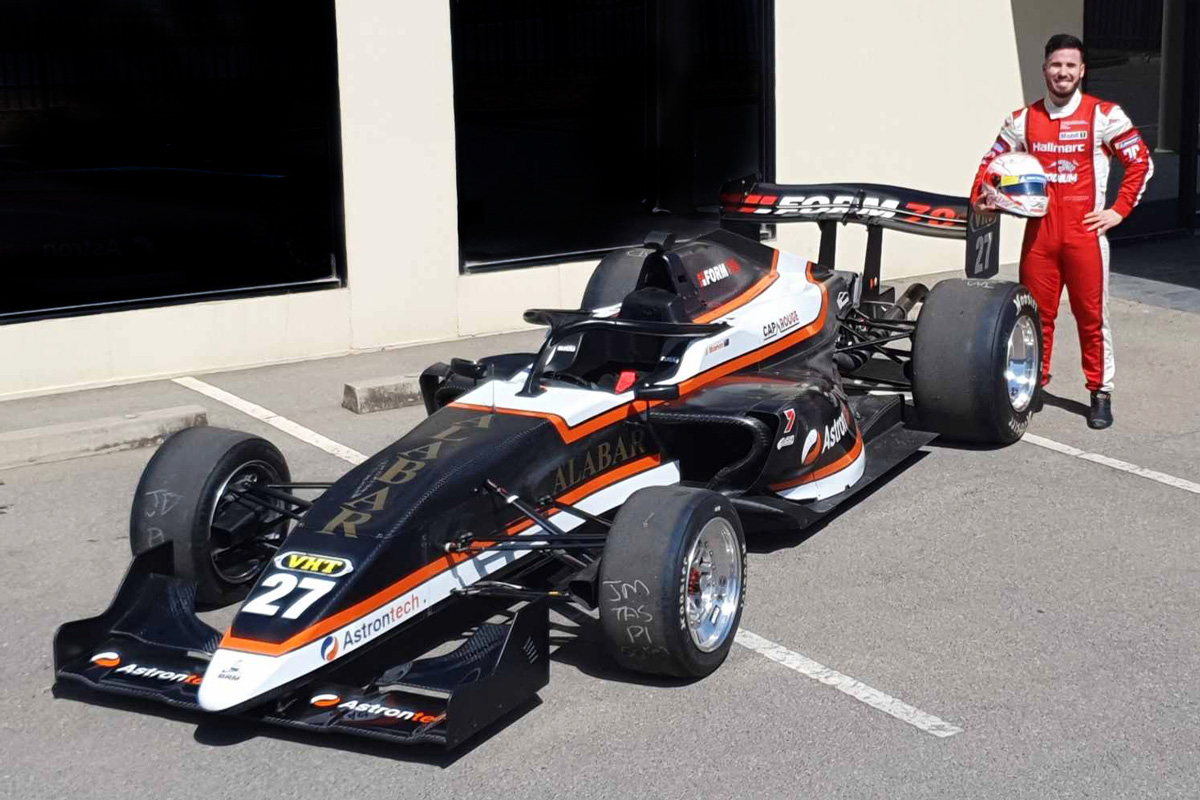 Joey Mawson and Team BRM have come to a last-minute agreement to contest the S5000 season-opener at Symmons Plains across the Australia Day weekend.

Confirmation of the deal completes a 11-car grid for the Sunday to Tuesday event, with Supercars co-drivers Thomas Randle and James Golding among others competing.

Mawson, 24, brings with him plenty of international experience; most notably he pipped Haas F1 recruit Mick Schumacher to the 2016 ADAC German Formula 4 Championship.

More recently, his involvement in the German Porsche Supercup category in late 2020 made for some difficulties in returning Down Under for the Boost Mobile Race Tasmania.

Mawson ultimately was able to fly out of Switzerland, arriving into Perth on January 5 to begin a 14-day quarantine period.

From there he headed to Adelaide for a seat fitting yesterday, just in time before the team’s transporter departed for Tasmania.

“This has all come together very last-minute but, as they say, better late than never,” said Mawson.

“I’m really excited to be jumping back into a single-seater again and competing in the opening round of the S5000 Championship with Team BRM – with huge thanks to ALABAR, Form700, Astrontech and Cap Rouge.

“Everything will be so new for me – the car, the team, and the circuit – so it’s a lot to take in, but nevertheless I’m looking forward to the challenge that lies ahead. And of course, it’s nice to be racing again on Australian soil.

“This will be the most powerful car I will have raced, so I’m sure there will be plenty of smiles out there.

“I want to thank [S5000 category development manager] Chris Lambden for all his help and work to get this deal to happen.”

Team BRM owner Mark Rundle added: “We’re pleased to have another strong entry in our squad.

“It may be a late one, but Joey has a pretty strong open-wheeler resume and will get his head around it fairly quickly.

“After 10 frustrating months since the AGP event was cancelled, literally minutes before Race 1, it is just so good to go racing again, particularly with the S5000 series, which will ‘wow’ the motorsport public.”

Mawson joins Randle and Tommy Smith as part of the Team BRM effort at Symmons Plains.