Supercars fans give push to pass thumbs down

Supercars fans give push to pass thumbs down 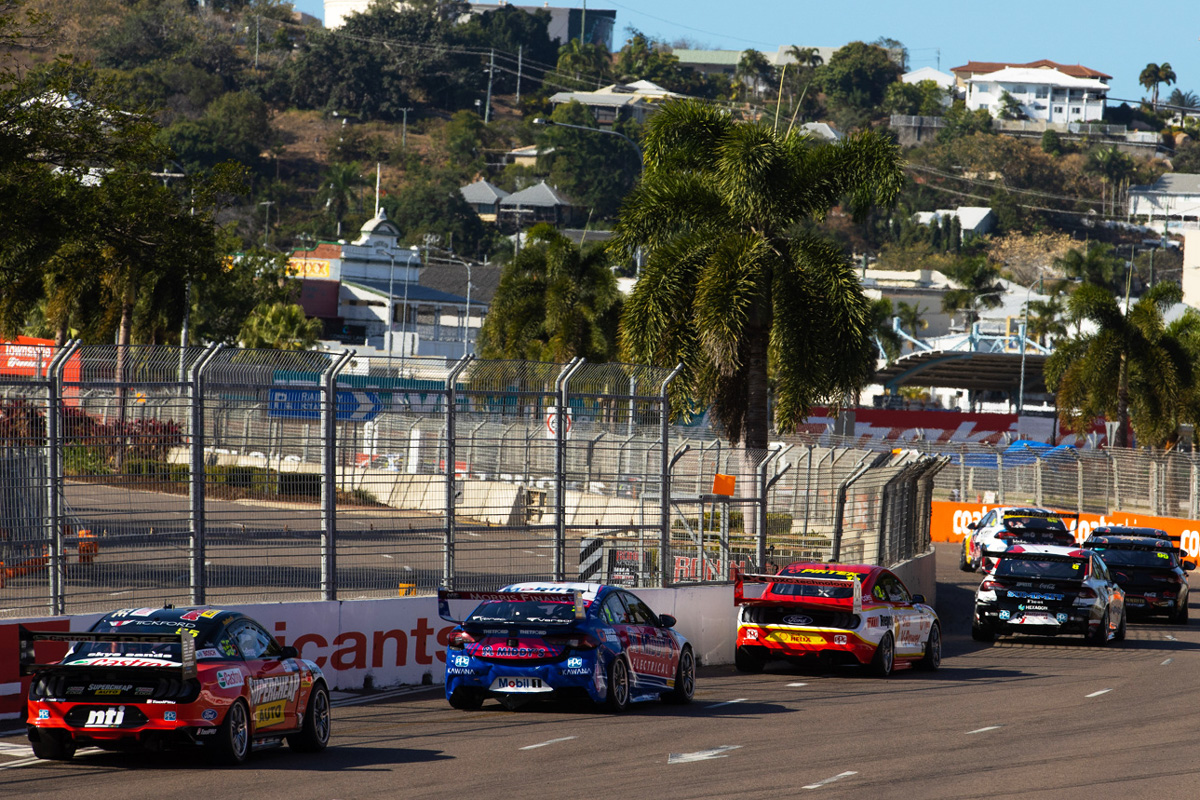 Fans have offered a resounding response to Supercars’ step towards potentially introducing push to pass technology in the sport’s Gen3 rules package.

As revealed last week, Supercars tender documents – which were then briefly removed from the category’s official website – have shown that push to pass and paddle shift are among items on the agenda for the 2022 overhaul.

Slightly different to Formula 1’s DRS [drag reduction system] which automatically provides greater top speed for drivers within one second of the car in front, push to pass is used in categories such as DTM and IndyCar.

The latter affords each car 200 seconds’ worth of ‘overtake’ at any given time across a race distance.

When Speedcafe.com asked fans via last week’s Pirtek Poll whether they wanted to see Supercars introduce push to pass in its championship, a clear majority appeared.

After almost 8,500 votes on the matter, a whopping 71.27 percent voted against introducing push to pass; with 24.07 percent in favour and 4.66 percent unsure. 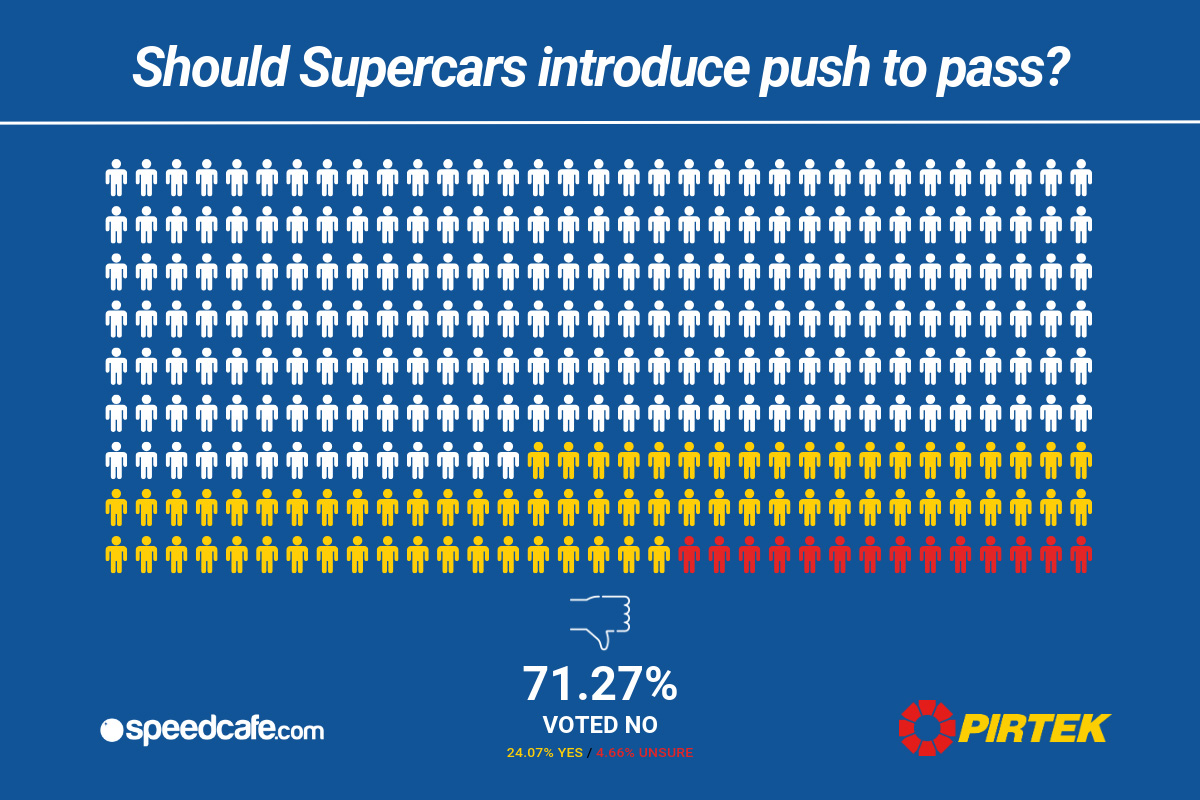 Speedcafe.com has sought comment from Supercars to explain motives behind exploring push to pass, to no avail thus far.

Veteran driver Garth Tander has meanwhile voiced concerns about the concept, although he is firmly in favour of a move from the sequential gearstick to paddle shift.

“Find me an F1 fan that likes DRS,” he told Speedcafe.com, with reference to push to pass.

“So if they have this technical thing in the car that is hard to explain, I think that’s difficult to explain to the casual observer… and I’m not a fan of the gimmicky passing type thing.”

The latest Pirtek Poll asks fans who they think will emerge with the upper hand this season in the new Kelly Grove Racing line-up: Andre Heimgartner or recruit David Reynolds.