A render of the new race bays

The Mercedes Formula 1 Team is set to revamp its Brackley workshop for the first time.

Mercedes has been the dominant force in F1 under the current hybrid-turbo regulations, winning the last seven world championships.

But while the three-pointed star’s current stint in the sport began in 2010, the operation itself can trace its lineage back to Tyrell.

In 1999 the team came under the ownership of the Craig Pollock-led British American Racing, which saw it move into a new facility as part of a significant capital investment.

Since then, the team has undergone a number of name and ownership changes, including being the works Honda team from 2006 to 2008.

The following year, when known as Brawn and sporting Mercedes engines, it won the world championship with Jenson Button.

Mercedes took over the following year, with the operation having remained at the Brackley factory set up by British American Racing.

In two decades since the car preparation area has remained largely unchanged.

The team has now revealed plans to update the area that has prepared eight of the last 12 world championship winning F1 cars. 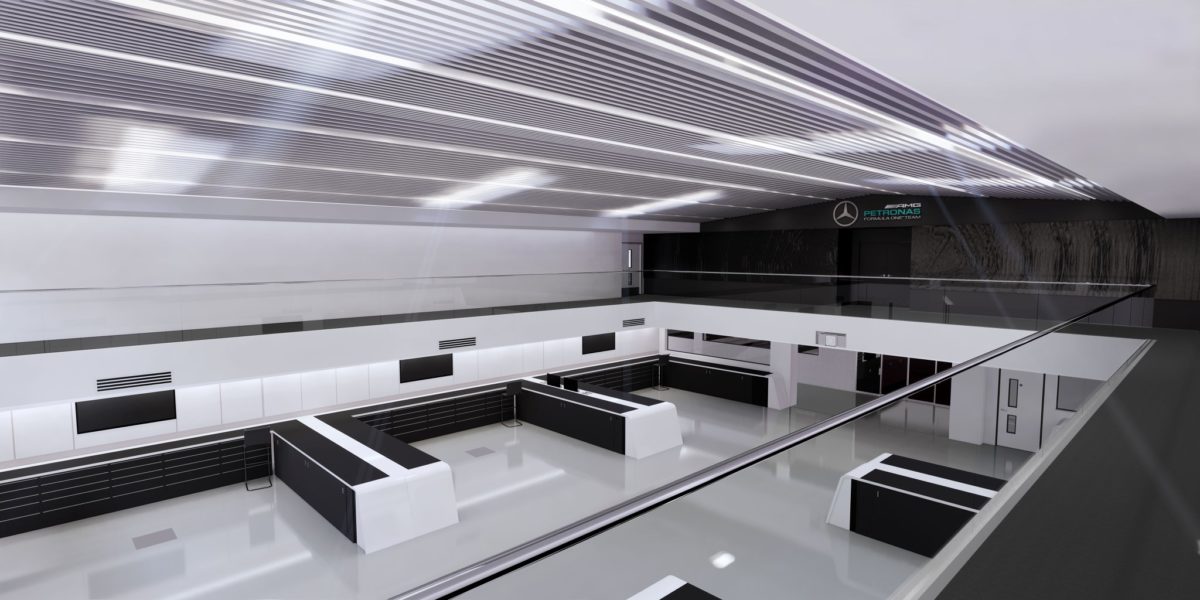 “After over two decades in use, we’ll soon say goodbye to our old Race Bays,” the team posted on social media.

The Mercedes F1 Team is now owned by a combination of Mercedes-Benz, commercial partner Ineos, and Toto Wolff.

It heads into 2021 with Valtteri Bottas under contract, and in protracted negotiations with Lewis Hamilton who last year secured his seventh world championship, and sixth with Mercedes. Mercedes celebrating its 2019 championship success in the old race bays