Andre Heimgartner says he’s looking forward to reuniting with David Reynolds at Kelly Grove Racing having been helped by him early in his Supercars career.

After two seasons in the feeder Super2 Series, Heimgartner graduated to the Supercars Championship with the Super Black Racing Team for 2015.

The New Zealand outfit, led by the late Tony Lentino, operated as a satellite team out of the Ford Performance Racing garage (now Tickford Racing).

It was there that Heimgartner began working with Reynolds, who that year drove the Bottle-O-backed Ford FG Falcon to third in the championship.

For Heimgartner, it was a period he has looked back on fondly as he developed his craft alongside one of the championship challengers.

“Obviously it was the first year I was in Supercars and we worked together,” Heimgartner told Speedcafe.com.

“It was a bit of an eye-opener year for me. I had some good results off the back of being his team-mate and learning off him.

“Throughout the year, I kept my set-up and my driving style to be very similar to him.

“Me and Dilan [Talabani, race engineer] tried to sort of copy him as much as we could, because he was the closest to me.

“So for him now to be in the team [at Kelly Grove Racing], it’s pretty good.

“He’s someone that I know I’ll get on well with. We have similar driving styles, so it’s pretty good for me to have him there and to sort of continue on from what we’ve done in 2015.” 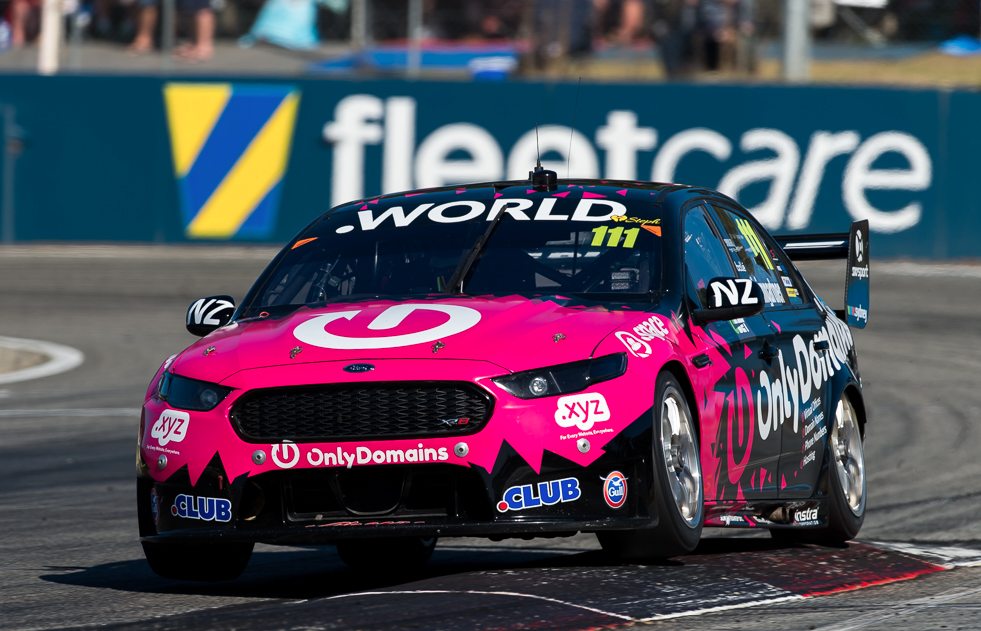 Heimgartner went full-time at just 19 years old, a move which he said in hindsight might have been too early in his career.

The Aucklander said having Reynolds at his side tempered what was a year of trying to get up to speed in one of the top teams.

“It was a big jump,” Heimgartner said.

“In some respects, I wasn’t ready for the main game that year.

“We had some good results throughout that year, but to have someone like that, that was obviously at the top of his game, that year he finished third in the championship.

“To have someone in the same garage as you that did that, you learn so many different things.

“Now, I know obviously a shit-tonne more than I knew then. For sure, the things I learned back then, it all helps build the foundation of what I guess I’ve got now.”

Heimgarnter said even after parting company with the Ford squad he kept in contact with Reynolds.

The pair are both managed by John Ruggiero of Push Talent Management.

“Since (2015), that year and the year after we stayed friends. He went to my birthday and a few other things and we have the same manager,” said Heimgartner.

“We’ve sort of been intertwined a little bit ever since 2015. Whenever we’re at the track we always have a chat and all that sort of stuff.

“So as far as a team-mate goes, that’s pretty ideal for me from a personality-wise. He always brings good energy and everything to the team. So I think he’s exactly what we need.”