The 24-year-old steps into the #30 Hyundai i30 N, having impressed the team in a test at Wakefield Park last year.

Buchan comes in as team-mate to Nathan Morcom in the #11 entry.

The opportunity had come about given Brown’s promotion into a full-time Repco Supercars Championship seat at Erebus Motorsport this year.

Brown won seven races in the 2019 TCR series, with Morcom taking one victory en route to fourth in the standings. 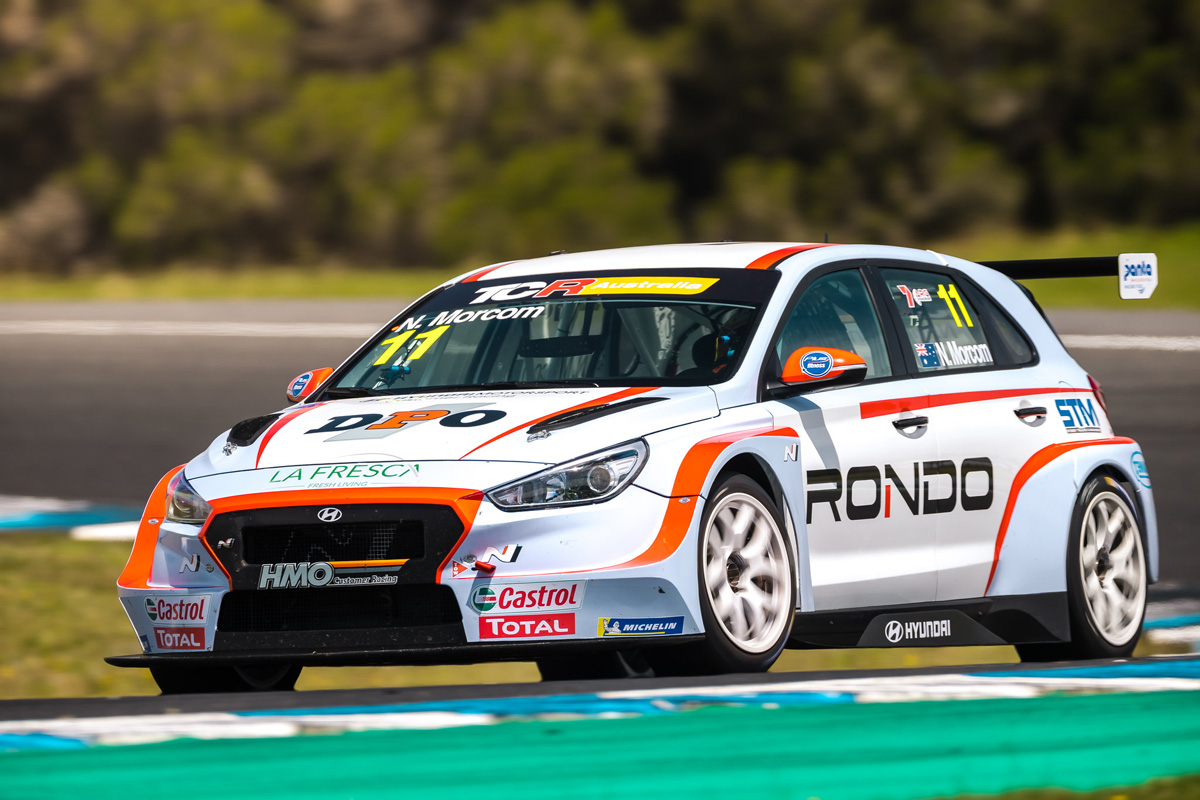 The HMO Hyundai of Nathan Morcom

“I still can’t believe it. I found out not too long ago and it still doesn’t feel real,” said Buchan.

“This morning, once it was Facebook official, I was getting a lot of messages and calls, so I’m really excited.

“The Hyundai TCR car is totally its own beast. I was fortunate that I have been able to secure a drive in the Hyundai because out of all of the brands in TCR, it’s one of the strongest.

“The test at Wakefield Park was great – totally different to anything I’ve driven previously, but I felt that I adapted to it quickly.

“I haven’t raced at Symmons Plains before. I’ve driven past it, so that’s as close as I’ve been. I’m pretty confident that within the first session, I should be able to get my head around things and have a good weekend.”

Buchan declared he will not be overwhelmed by stepping into the series-winning car.

“It’s not daunting replacing Will (Brown). The car and the team have proven themselves,” he said.

“HMO is the outfit that everyone wants to be with so I consider myself fortunate that they’ve signed me up. I’m not taking too much pressure into it, and I feel that if we all do our job, then we’ll be competitive.

“Barry Morcom he is a champion of motor racing. He is the guy you want to drive for, so I can’t thank him enough for the chance.

“And to have a guy like Rob Benson in the squad, he has been pivotal getting me into the car. I can’t wait for the season to start.”