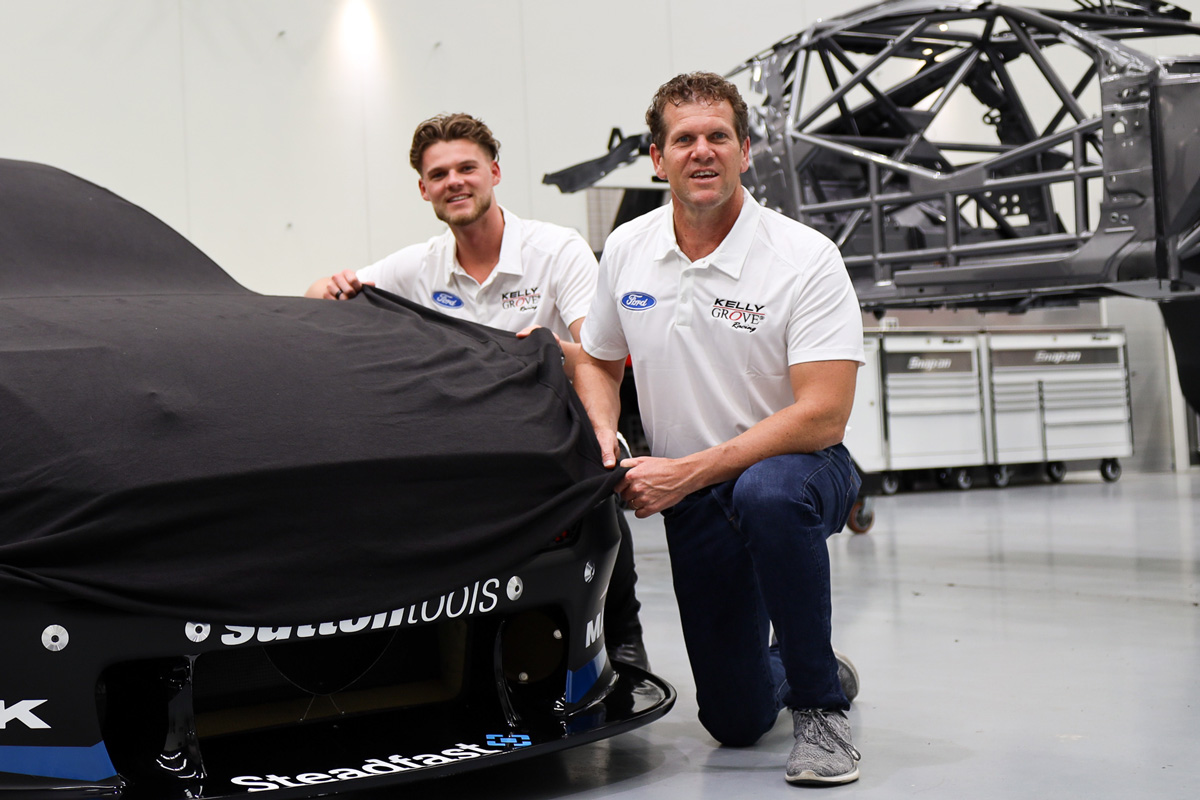 New Kelly Grove Racing co-owner Stephen Grove has declared his acquisition of the team will not be used as an opportunity to catapult son Brenton into a drive.

Fans were quick to ask on social media upon the announcement of the Grove Group’s buy-in whether Brenton – who competed in Super2 as recently as 2019 – would land a role behind the wheel, either as a Supercars co-driver or back in the second-tier.

Motorsport fans have seen a similar thing take place in Formula 1, as Lawrence Stroll’s purchase of the ex-Force India outfit in 2018 saw him sign his son Lance soon after.

Grove Snr, however, assured that was not the case here, with Brenton instead playing a technical role in the background in between other Grove Group business duties.

“I mean he might drive the car on a test day and give us some feedback because he is very strong at that [technical side].

“I wondered whether that would be something that the industry might reflect back on, that we did that for him, but definitely not.

“He will not do any competition driving. He doesn’t want to do that either… he’s fully focused on business now, not racing.”

The 23-year-old’s on-track record is headlined by a second-place Super2 finish for Triple Eight at Townsville 2019, and a trio of Bathurst 12 Hour class wins.

He has already been confirmed to be joining Stephen and fellow co-owner Todd Kelly at each Supercars round, plus attend technical briefings.

“The good thing about Brenton, even when he was in Super2, he’s very strong in setting cars up and the technical side of that, which he has a huge passion for,” said Grove.

“So it works out well, he’ll spend a lot of time working on the technical side from our perspective and I’ll spend more time on the commercial side so it’s really exciting that we can go away and do that stuff together.”

Kelly Grove Racing confirmed on Saturday that 2017 Bathurst 1000 winner David Reynolds has joined the squad on a multi-year deal, with Andre Heimgartner his team-mate.

KGR is yet to confirm its 2021 co-drivers, nor whether it will consider running a Super2 program.