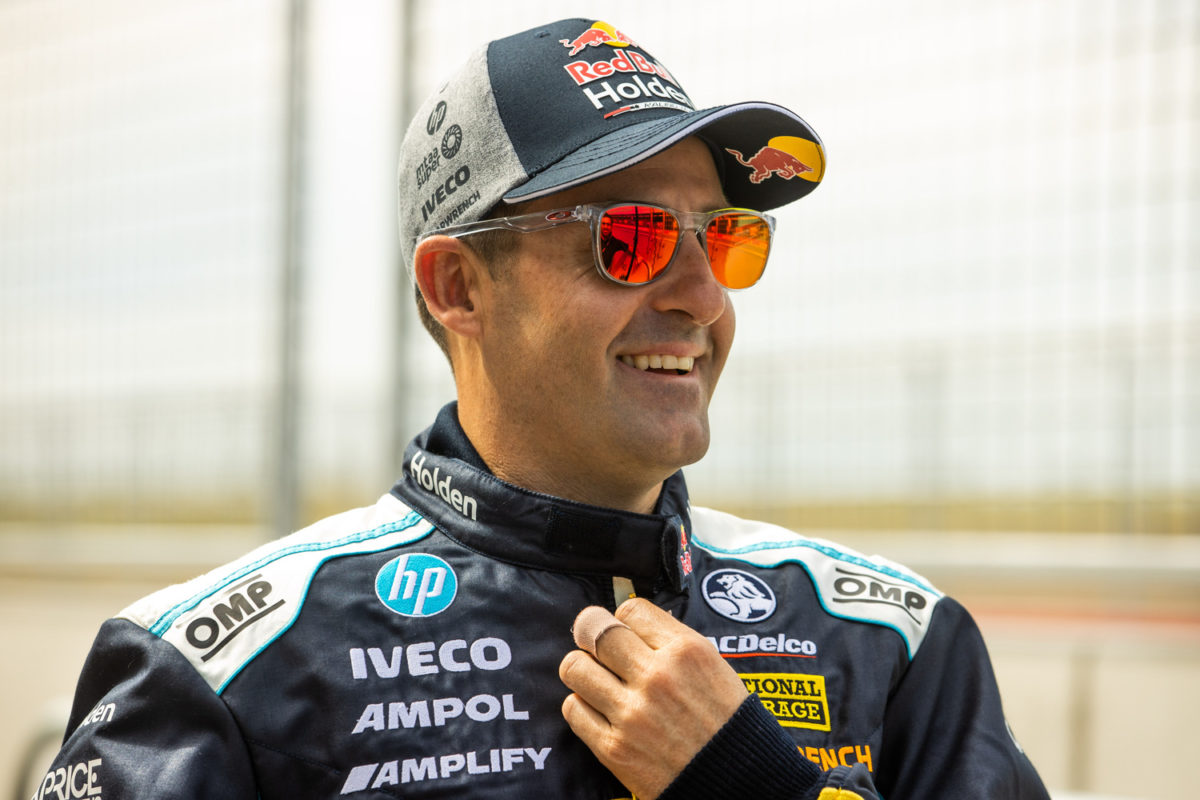 Whincup will have a new voice calling the shots in 2021

Jamie Whincup has welcomed the appointment of Wes McDougall as his Race Engineer ahead of the forthcoming Supercars season.

At the time, McDougall’s exact role within the frontrunning Holden squad hadn’t been confirmed.

However, Speedcafe.com can reveal his appointment as Race Engineer on Jamie Whincup’s #88 entry, with David Cauchi switching to the other side of the garage to work with the #97 of Shane van Gisbergen.

Whincup said he is looking forward to working alongside McDougall, as well as continuing a close relationship with Cauchi.

“Although I won’t be directly working with Cauchi this year, we’re all really excited to have Wes join the team,” Whincup told Speedcafe.com.

“Wes and I were rivals back in Formula Ford in 2002 – him engineering and me driving, and we’ve had a similar progress through the sport.

“As we all work as a team at Red Bull Ampol Racing, both engineers will work on both cars, so Cauchi and I will continue to work closely throughout 2021 and beyond, although I’ve really enjoyed the last six years working directly together.”

McDougall joins Triple Eight Race Engineering with a wealth of experience in the Supercars Championship.

He began working with Stone Brothers Racing in 2005 as a Data Engineer alongside Marcos Ambrose.

McDougall later joined James Courtney as his Race Engineer and worked with the likes of Russell Ingall, Tim Slade, Lee Holdsworth, Alex Davison, and van Gisbergen at the team.

After Stone Brothers Racing was sold to Betty Klimenko and became Erebus Motorsport, McDougall worked as a Race Engineer, Head of Performance Engineering, and Technical Director.

In his time at Erebus, he oversaw the engineering of the Mercedes-Benz AMG E63.

After a three-year spell at the Klimenko-owned team, he moved to Matt Stone Racing as its Head of Engineering.

“To be able to work with an established, professional and fast driver such as Jamie is an awesome opportunity, and I plan to help him and the team continue their winning ways.”