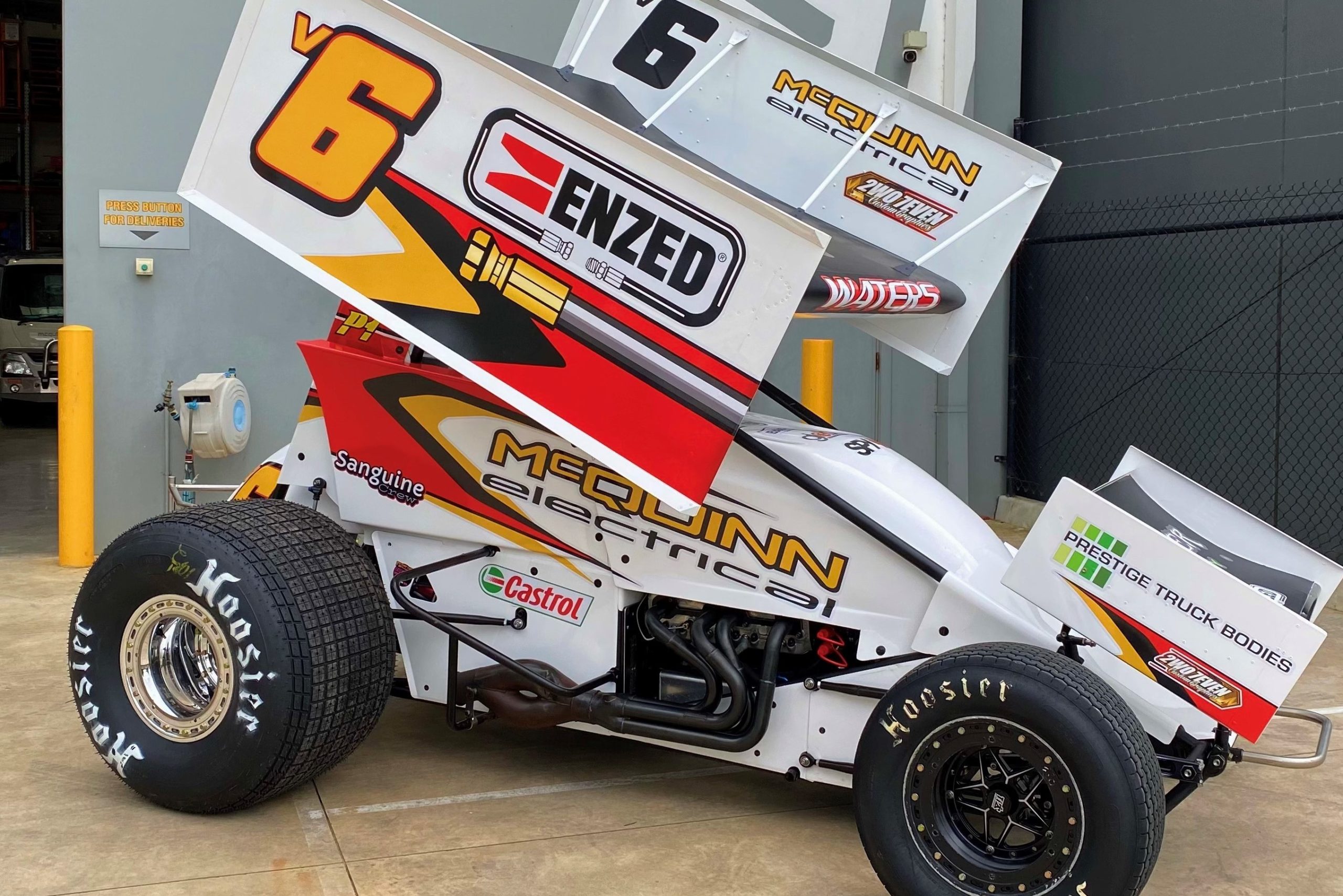 Cameron Waters was left muddied after making it to the B-Main in the latest Sprint Car All Stars event as his summer of speedway continues.

After competing at the dusty Timmis Speedway last weekend at his home town Mildura, the second weekend of speedway racing was a far trickier affair.

Racing was delayed by 90 minutes due to showers, qualifying eventually getting underway where Waters set the 26th fastest time in the 36-car field.

As a rookie to speedway racing, Waters was required to start from the back in each of his heat races.

The 26-year-old claimed eighth in each of his heats to put himself 16th on the grid for the B-Main in the #6 Chief Racing Maxim entry.

There, he charged through to 10th, unable to crack the top six and make it into the 35-lap long A-Main finale.

At the night’s end, Waters was left sporting a muddied helmet, but relished the opportunity.

“That was so different to last weekend at what was a warm and dusty Mildura, with tonight’s temps being below 10-degrees for most of the night and having to contend with a very soupy surface as a result,” Waters explained.

“It was always going to be difficult with a big field and some top-line drivers contesting the event, but I was more than happy to make it through all three races and to pull off some passes, while racing wheel to wheel.

“The track has one quite fast corner and one very tight one which took some getting used to, but that’s all part of the deal in Speedway.

“The mud was insane and my helmet was getting heavier with each passing lap,” he added.

“It was a pretty wild old ride throughout, although later on in the B-Main was pretty good, and I was happy to set my fastest lap of the night on my final lap.

“It was also good to start that last race with a group of cars behind me, which made the racing really intense.

“It’s all about getting more and more miles and the team were pretty stoked to finish the event with a straight car, although it will need a damn good clean prior to my next outing at Avalon this Wednesday night. I’m loving it.”

Waters is set to undertake around 10 speedway outings during summer, ahead of another Supercars Championship season in the #6 Tickford Mustang.