KTM made ‘huge step’ in MotoGP between seasons

KTM made ‘huge step’ in MotoGP between seasons 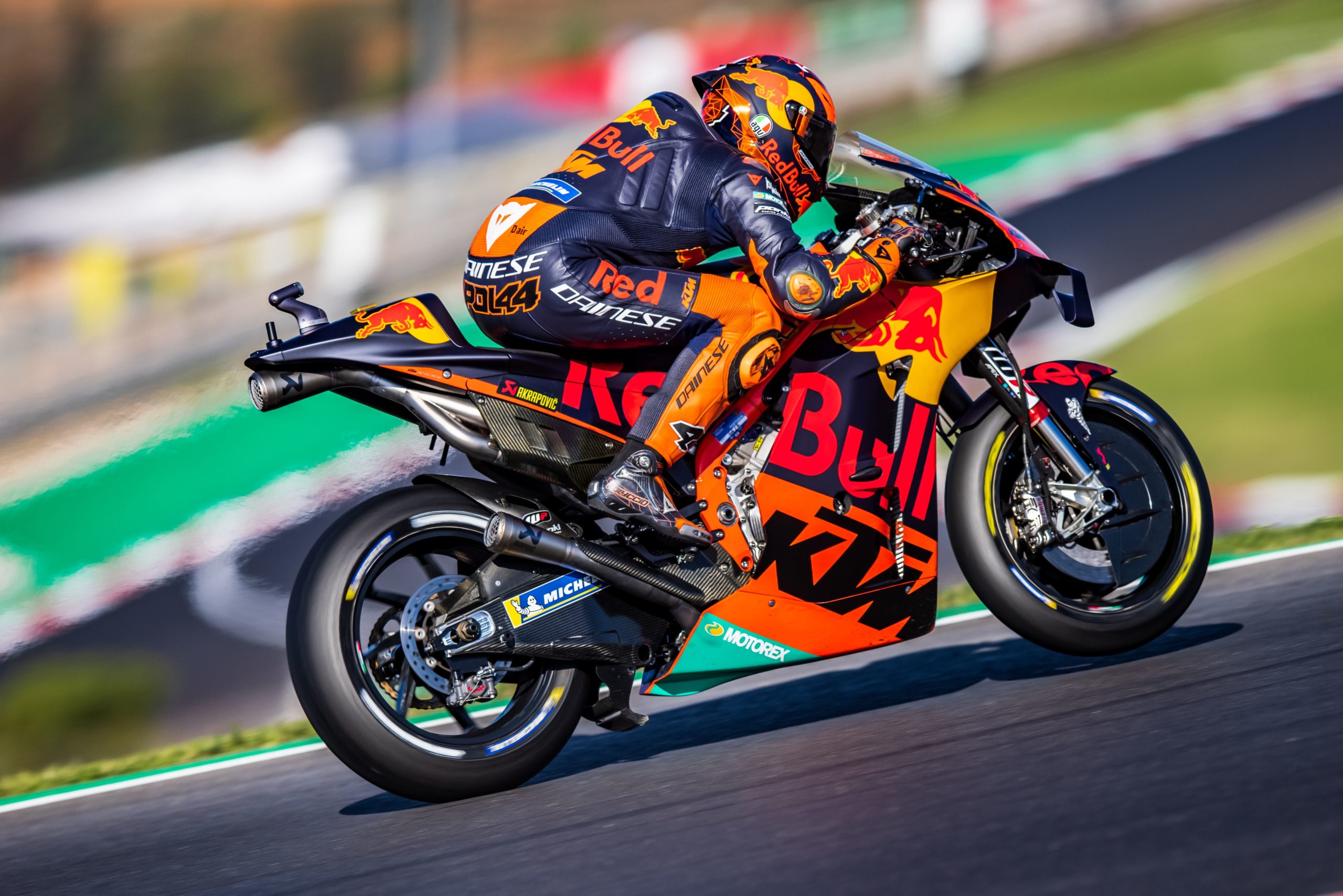 KTM Team Manager Mike Leitner says his MotoGP team made a ‘huge step’ between its third and fourth seasons in the premier motorcycle championship.

KTM Factory Racing made its debut in the final round of the 2016 season with Mika Kallio of Finland.

The team’s first full campaign followed in 2017 with Kallio competing part-time alongside full-timers Bradley Smith of the United Kingdom and Spain’s Pol Espargaro.

Espargaro finished 17th in the riders’ championship that year while Smith was 21st.

The 2018 season saw Espargaro improve to 14th despite missing three rounds due to injury, ending the season with a breakthrough podium at the Valencian Grand Prix.

Smith finished 18th that year and was dropped by the team in favour of Johann Zarco of France for the following year.

The KTM fold expanded in 2019 too with Tech3 ending its relationship with Yamaha to switch to the Austrian-built bikes.

Again, Espargaro was the best of the KTM riders in 11th in a year that saw him claim six top 10 finishes.

However, it was the 2020 season that was a standout for KTM, which brought Brad Binder into its ranks.

It was a move that brought success almost immediately as the South African rider claimed his first win in only his third grand prix, in the Czech Republic.

Tech3 also claimed its first premier class win, Miguel Oliveira winning in Austria and once more at his home grand prix in Portugal.

Leitner said the progress made between 2019 and 2020 was significant.

“Yes, we are very happy about the season,” said Leitner.

“We made a huge step from our third to fourth season in MotoGP. We felt that already in the winter tests, that something changed on our bike.

“But then the season was delayed by Covid so we couldn’t show anything.

“After that, we were the first company back on track for testing, then finally the races started and in Jerez already Pol was performing very well and we saw Brad was also fast.

“As the season went on we saw clearly the performance of the bike made a big step, especially over a race distance.

“We also had some good qualifying and the [three] victories have been a big highlight for us of course.

“We are very happy about this season and we continue to work hard to make a better package for the riders, looking forward to the future.”

With Espargaro headed to Honda in 2021, it means Binder and Oliviera will lead the factory KTM team while Tech3 incumbent Iker Lecuona will be joined by Danilo Petrucci.

“We’ll have two very fast riders in the factory team with Miguel and Brad,” Leitner added.

“And also with Iker we have a very strong young rider in Tech3 and an experienced rider in Danilo will arrive.

“So we will get the best from these four riders and push the maximum.”