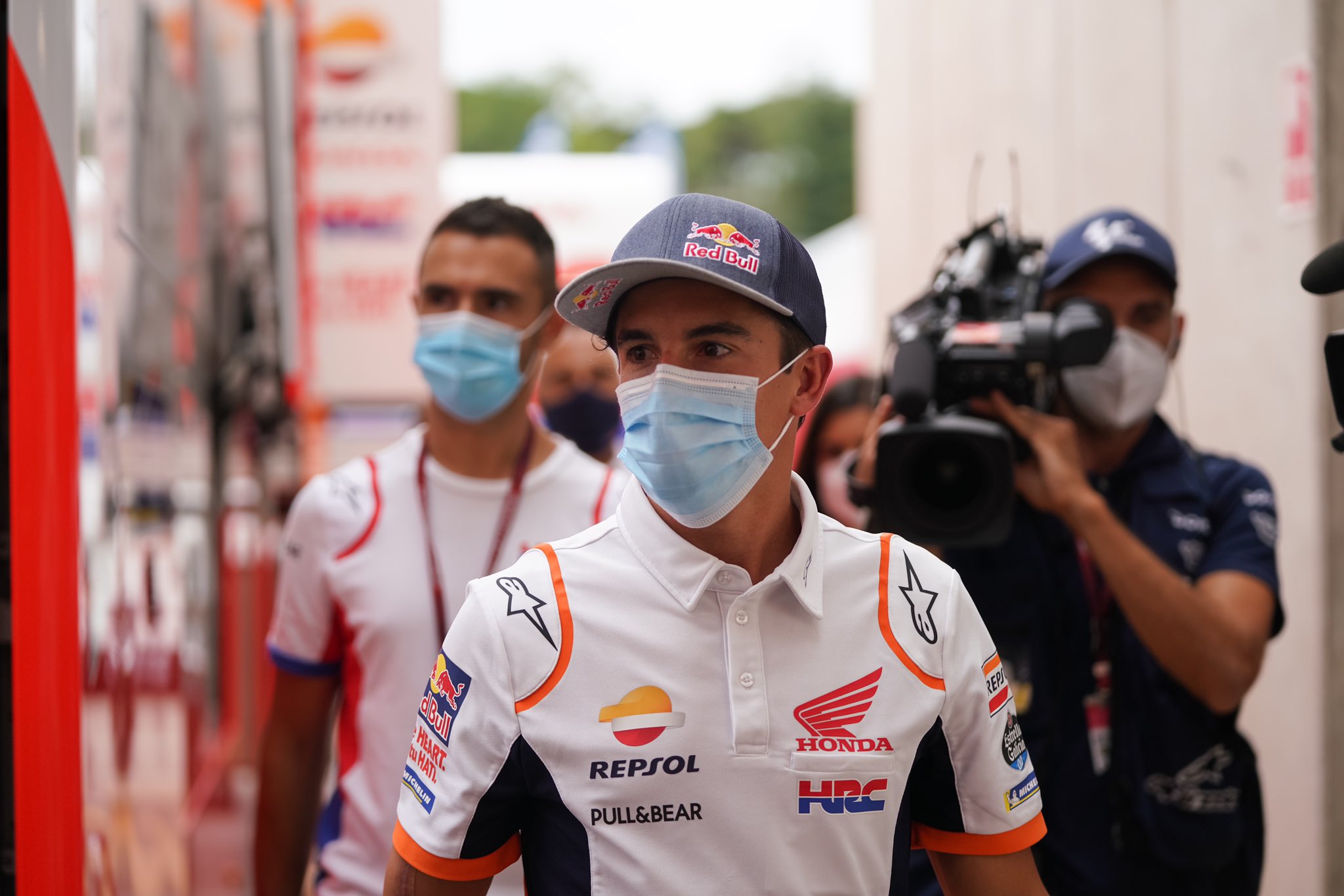 Honda says Marc Marquez’s recovery is “satisfactory” six weeks after undergoing surgery for an infection in his arm.

Marquez has been receiving treatment since he crashed and broke his right humerus in the season-opening Spanish Grand Prix last year.

Following the incident, Marquez had an operation immediately afterwards to have a metal plate inserted into his arm to fix the bone.

The Spaniard sought to contest the Andalusian Motorcycle Grand Prix that followed but decided not to compete due to pain.

He later lamented the rushed attempt to get back riding, which he said stifled his recovery.

The 27-year-old was ultimately unable to contest the remainder of the 2020 season, bringing an end to his streak of four successive championship wins.

“Today [January 14] Marc Márquez has gone to the Hospital Ruber Internacional for a medical check-up,” read a statement from the Honda Racing Corporation.

“The eight-time world champion has visited six weeks after the surgery performed on December 3 for an infected pseudarthrosis of the right humerus.

“A satisfactory clinical and radiographic evolution has been confirmed for the time of evaluation.

“Marquez will continue with the specific antibiotic treatment and with a functional recovery programme adapted to his clinical situation.”

There are concerns Marquez may be unable to contest the first half of this year’s MotoGP season amid a six-month recovery time.

The 2021 season will get underway with the Qatar Grand Prix on March 28.