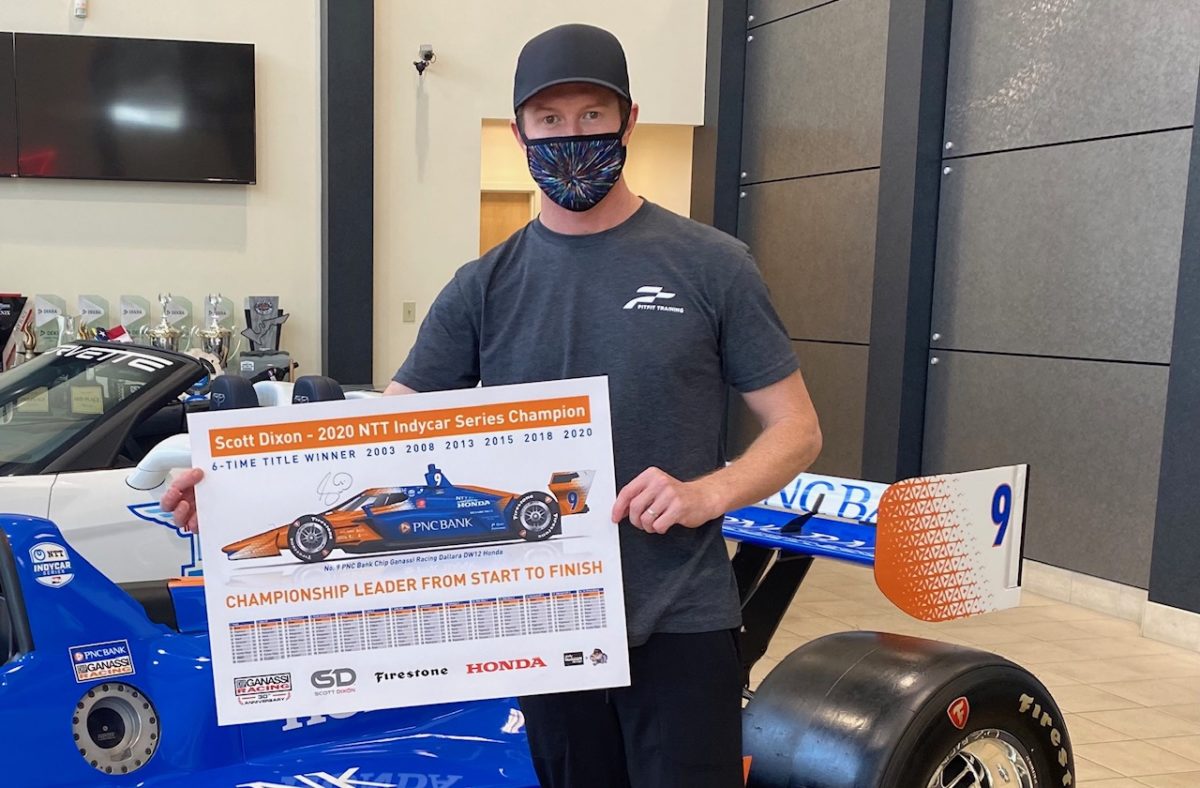 Scott Dixon with one of the autographed prints up for auction

Australian-based children’s cancer charity Canteen will be the recipient of funds raised by a unique auction being staged by six-time NTT IndyCar Series champion Scott Dixon.

The 145.72cm x 60.96cm (24×18-inch) print titled ‘Start to Finish’ honours the Brisbane-born, New Zealand-raised Chip Ganassi Racing driver and his 2020 season where he led the championship for the first time from round one in Texas in June to the season finale in St Petersburg in October.

The auction has been initiated by US-based journalist Marshall Pruett and is being conducted by The Motorsport Collector racing memorabilia store in Illinois.

The minimum bid is $US200 and all silent bids can be made by emailing [email protected] by 3am AEDT, Tuesday January 19 (Noon, US Central time, Monday January 18).

Dixon and his wife Emma, who have three children, have had a long association with Canteen.

“Our association with Canteen goes back a long way and this is a great initiative which is designed to send some funds their way to help with the amazing work they do,” said Dixon.

“I have enjoyed the support of Australian and Kiwi fans since arriving in the US more than 20 years ago and this is a chance for them to grab a little bit of history with all the funds going to an awesome cause.

“It is great that so many people associated with my time at Chip Ganassi Racing have also added their signatures to the print which I think has come up great.”

The prints will be shipped through the continental US courtesy of The Motorsport Collector while international shipping will be supplied at cost. 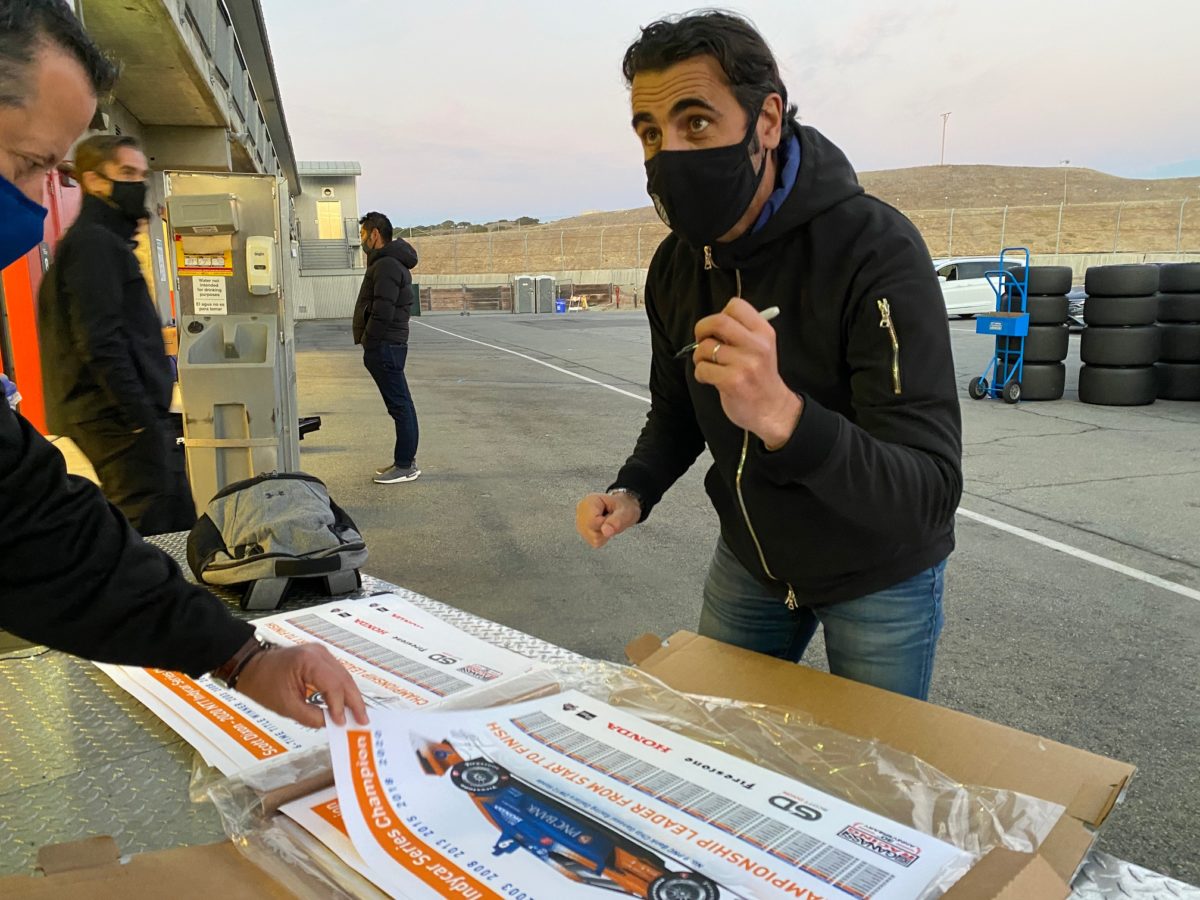 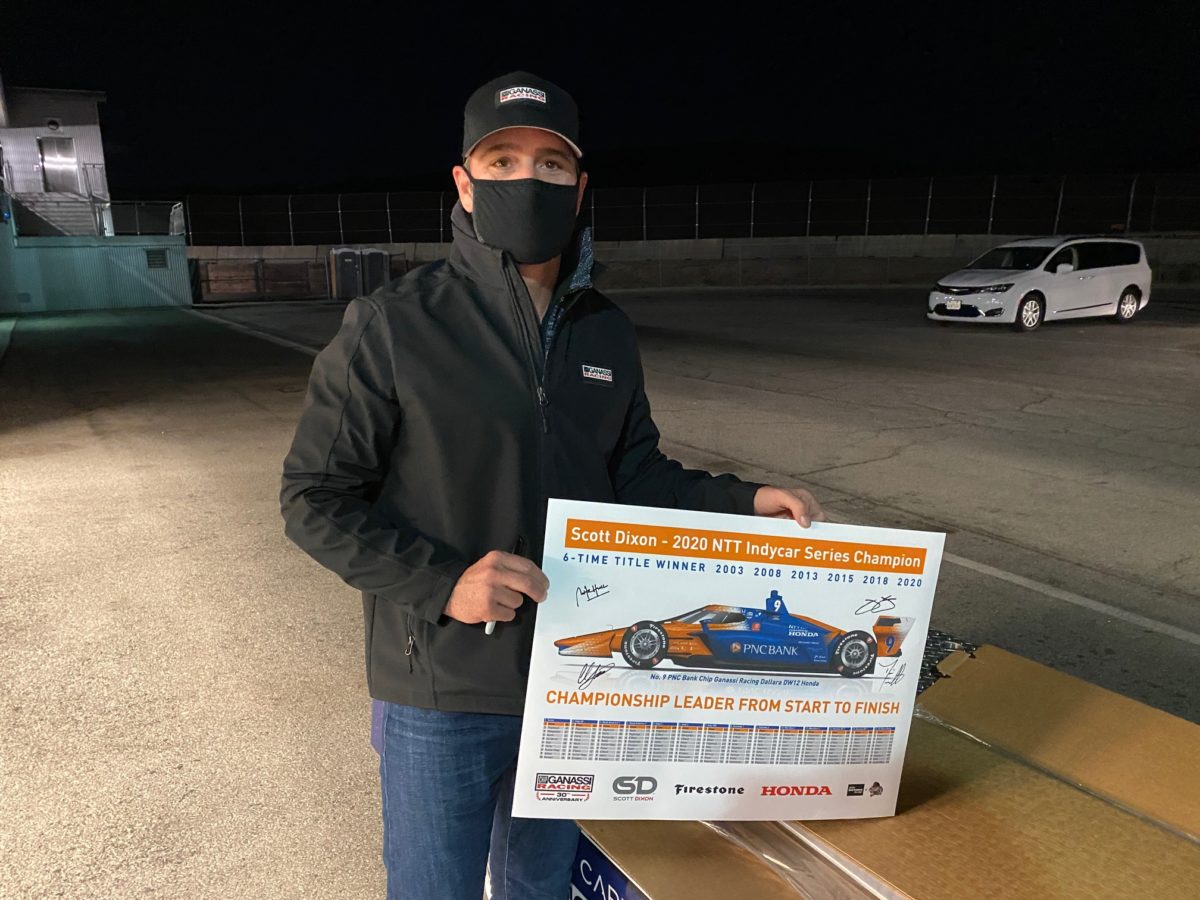