Sanders reflects on favourite stage after rising to fourth

Sanders reflects on favourite stage after rising to fourth 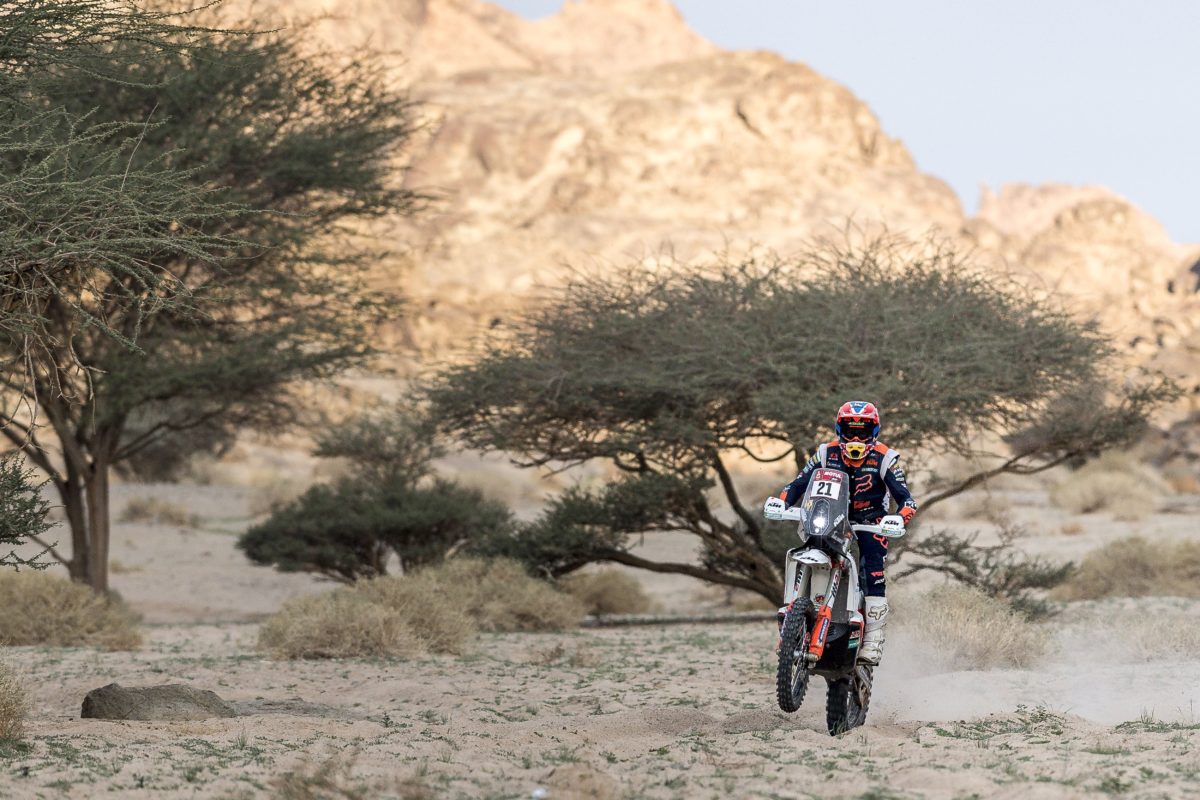 Australian Dakar rookie Daniel Sanders has identified the latest stage, on which he rose to fourth in the general classification, as his favourite so far.

The newest factory KTM rider finished with the fourth-fastest time on the 464km special between AlUla and Yanbu, and now has a margin of over 15 minutes to fifth position overall with just one stage remaining.

“I started really well this morning with my navigation and managed to make up a lot of time by the first refuelling stop at about Kilometre 150,” said Sanders, who was third in the Prologue before dropping to 25th overall on Stage 1.

“After that, I was in the dust from the guys in front a little and just had to focus on my roadbook.

“Sam [Sunderland, team-mate] caught us, so I let him lead through the dunes and then coming into the last part of the stage there was some really tricky navigation.

“I think it’s been my favourite stage of the event so far, we did some really cool stuff riding between the canyons and then into the dunes.

“It’s been a difficult race, but I’m feeling good, and all being well I’m looking forward to finishing my first Dakar tomorrow.”

Stage 11 was a better one for the KTM squad, with Sunderland moving into second overall after taking out the special.

However, the Briton still has over four minutes to make up to Kevin Benavides after the Honda rider recovered significant ground near the end of the stage.

“I gave my all today – I knew this stage would be one of the best chances I had to make up time on the guys in front,” said Sunderland.

“It’s great to win the stage, but it means I have to open tomorrow for the last day, which will be hard. Still, anything can happen as we know, and I’ll keep fighting right to the end.

“It’s been another really long, tough stage but I’m grateful to be able to just race my bike through the desert, especially with everything that is going on in the world at the moment.

“I’m grateful to my team too for all the hard work they have put in to get us here.

“The plan now is to do my best again tomorrow and we’ll see where we are.”

Dakar 2021 will be decided with a 12th, 200km special stage which takes the field back to Jeddah tonight (AEDT).