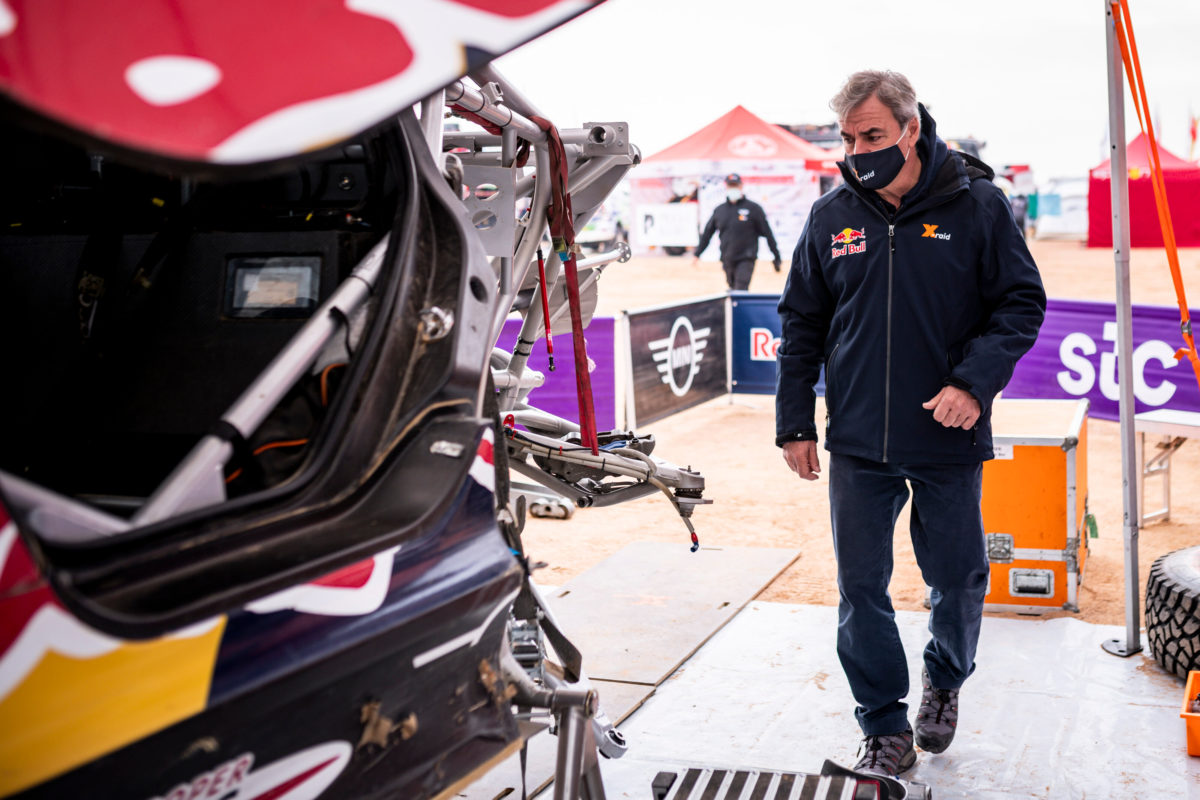 Carlos Sainz’ X-Raid Mini buggy had part of its roof torn off in yet another bizarre incident on Stage 11 of the Dakar Rally.

The 2020 champion remains third overall after finishing the penultimate stage, between AlUla and Yanbu, in the same position.

Speaking at the finish, the Spaniard revealed that he incurred damage when he failed to sight a wire.

“There was just one wire, I didn’t see it,” said Sainz.

“I was going fast, I passed and the wire removed the whole roof.

“Again, it was a difficult day, with two punctures, difficult navigation.

“We had to do the whole stage with no more spare tyres so we had to go slow.

“Everything has happened to us, but we’re getting close to the end.”

Sainz later clarified on social media that the damage was to part of the roof only, but did cause the air filter to become blocked.

The incident occurred on a day during which a side-by-side competitor abandoned his co-driver in the desert after an argument, and factory Honda rider Joan Barreda Bort ground to a halt after getting lost and missing a fuel stop.

Sainz’ teammate, Stephane Peterhansel, holds a 15-minute lead in the Cars ahead of this evening’s (AEDT) final stage.