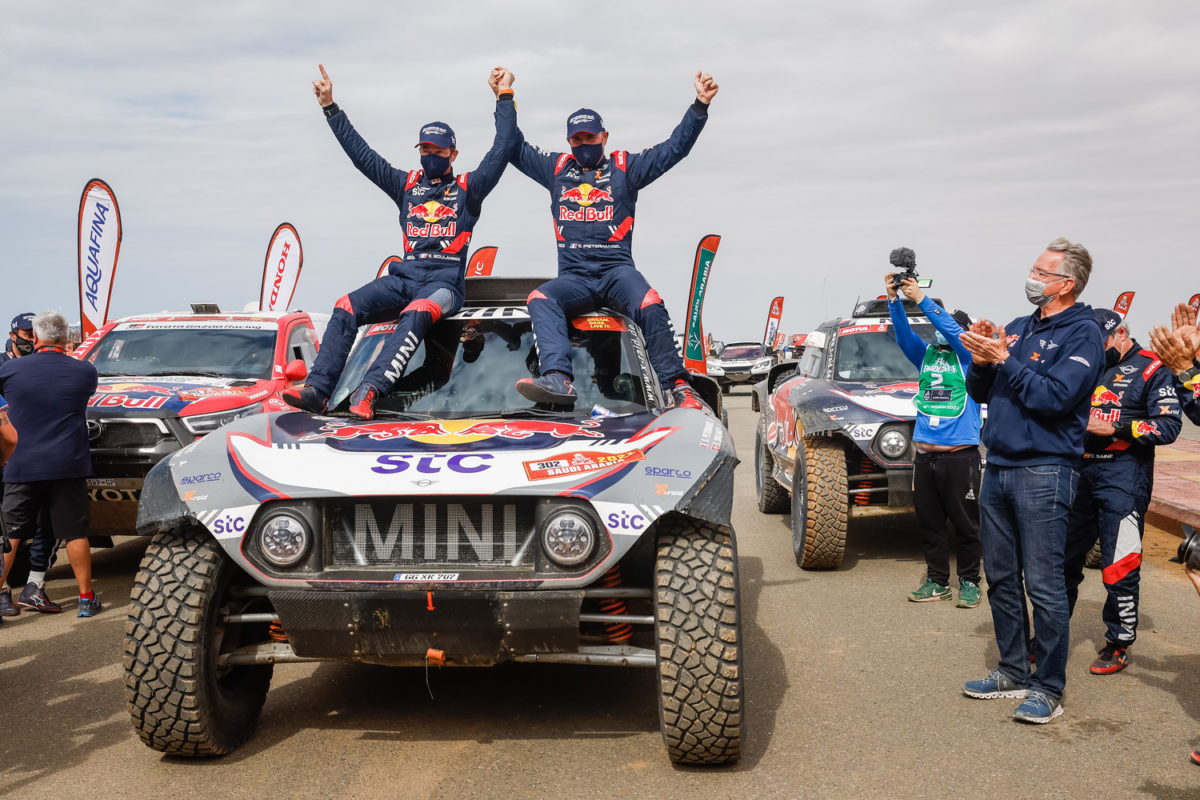 Stephane Peterhansel still regards his very first Dakar triumph as his favourite, despite bagging a 14th in 2021.

The Frenchman who won the Bikes title a record six times before switching to four wheels continues to rewrite history with an also unprecedented eighth victory in Cars.

Asked, after reaching the finish line in Jeddah, which of his 14 victories he would choose if he had to pick one, the 55-year-old nominated that which he achieved in 1991.

“Still, the first one with motorcycle,” said Peterhansel.

“Because, the first one with motorcycle was the one that I dream [about] a lot, a lot, a lot.

“And now, it’s really good news – extra, extra performance – and for sure it’s nice to… it’s always big emotion but the first victory was the best one.”

Although they only have one stage victory to their names for the entire event, Peterhansel and co-driver Edouard Boulanger headed the general classification from the end of Stage 2 onwards in their X-Raid Mini buggy.

‘Mr Dakar’, however, did not find the rally to be an easy one at all.

“It’s still the same emotion because, like I say always, to win a Dakar is really complicated,” explained Peterhansel.

“There are no victories in the Dakar [that are] easy and this one, from the outside, maybe it looked easy, but it was not easy to manage every day the small gap with Nasser [Al-Attiyah, eventual runner-up].

“It was a lot of pressure on the body and we feel every day that we had everything to lose so it was complicated to manage, but at the end we did a really good job together with Edouard [Boulanger].

“And for sure, one or two more records for me; 14, victories in three continents, and also anniversary of my first victory, today it’s 30 years, so it’s a long career in motorsport,” he added.

Having once again tried to bring his wife Andrea to the Dakar as co-driver, Peterhansel had a new partner in competition this year in Boulanger, who he had high praise for.

“It’s really fantastic, I need to say that,” he remarked of Boulanger.

“He has all the qualities to be the best co-driver in cross-country and he learnt really quick, he did no mistake, he understood everything really quickly, and we share the same passion because he was a biker in the past.”