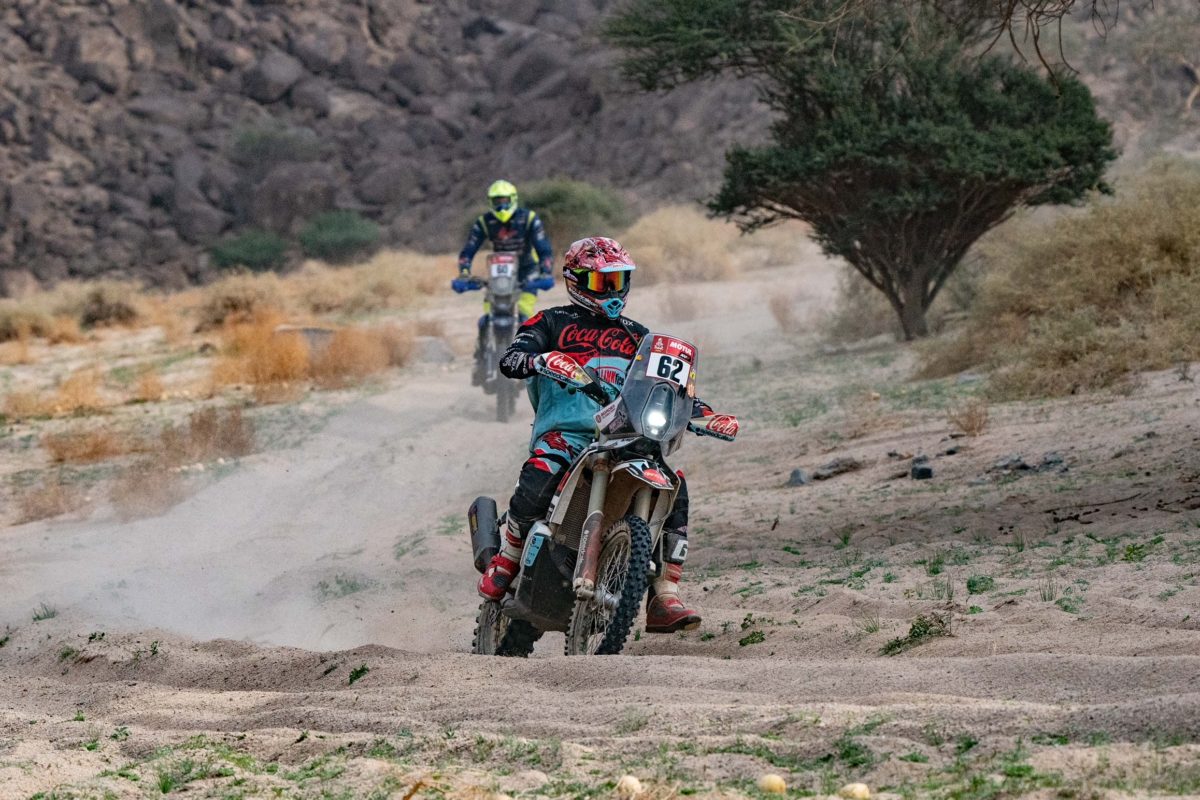 With one stage to go, Houlihan is on the verge of achieving a massive goal – to get to the finish of the Dakar Rally, the toughest motorsport event in the world. He goes into the final day in 51st position.

That’s what I’ve been telling myself for days but today it’s real. There’s one more stage to go!

Today was one of the hardest stages yet because of the rocks and soft sand. The dunes weren’t so bad.

I rode with my Coca-Cola Nomadas teammate Pablo (Guillen) and Asish (Raorane) for most of the day.

Asish rode with the team in the Africa ECO race in January last year. He’s doing Dakar in the Original by Motul class without any team assistance.

Together we all did OK, and there was only one navigational error that cost us about 20 minutes.

Other than that, it was a pretty clean run for me today.

I had no offs at all, but I’m amazed Pablo and Ashish came through without any serious injuries because both of them had heavy falls.

Pablo was going down a dune and it had a sheer drop of couple of metres at the bottom and over the bars he went! I thought, ‘oh, this is bad’.

Ashish was roaring along the flat sand and hit a hidden rock and cartwheeled it. 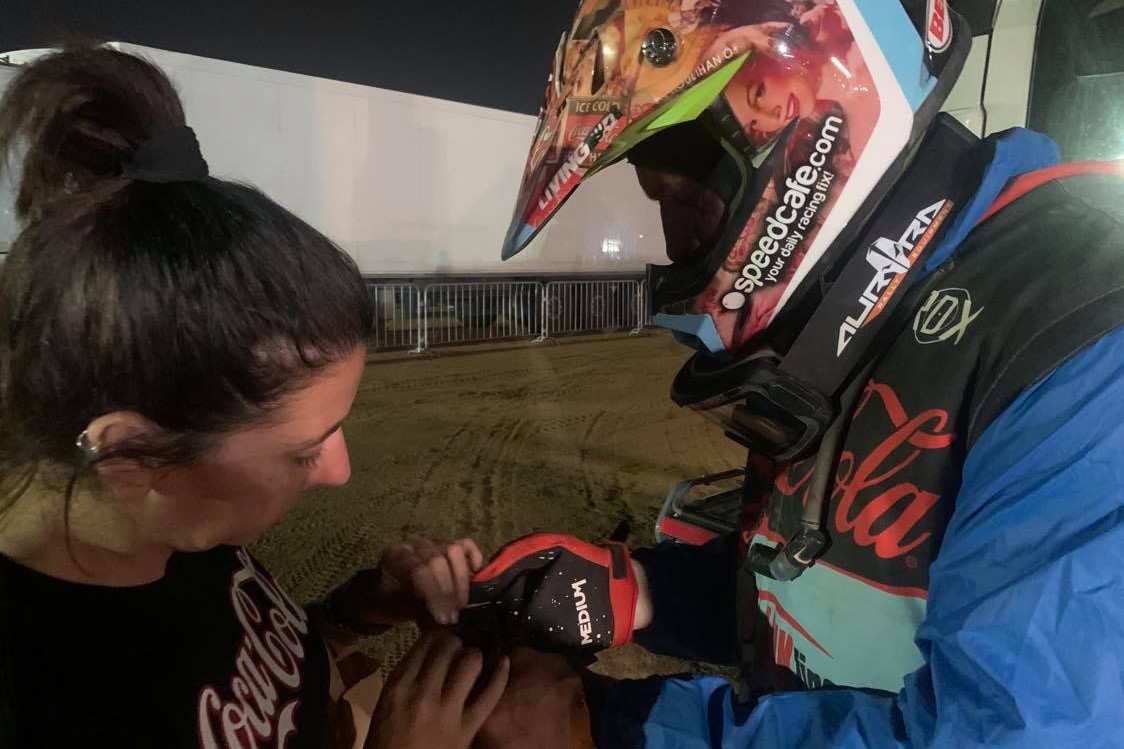 By the end of the stage, we were all spent. We had to rest up before we tackled the 130km of liaison to the bivouac. We got in around 7:40 pm and it was well and truly dark by then.

My wrist is still very painful, but we’re nearly there and I’m just doing what I can to finish this.

Many of us, me included, are now even having trouble just getting on and off the bikes because of body fatigue. One of the team helps me to get all my heavy gear off.

The Nomadas mechanics are doing a great job, and the bike ran really well again today.

We had to deal with a sand storm today not long into the special, but at least we didn’t get rain.

After the guys set up in the bivouac this afternoon, it poured rain; there’s mud everywhere.

Fortunately, the support van only has one small roof leak but it just happens to be right above Alistair’s bed. I think he may have a damp night!

One more stage and I’m at the finish line in Jeddah!