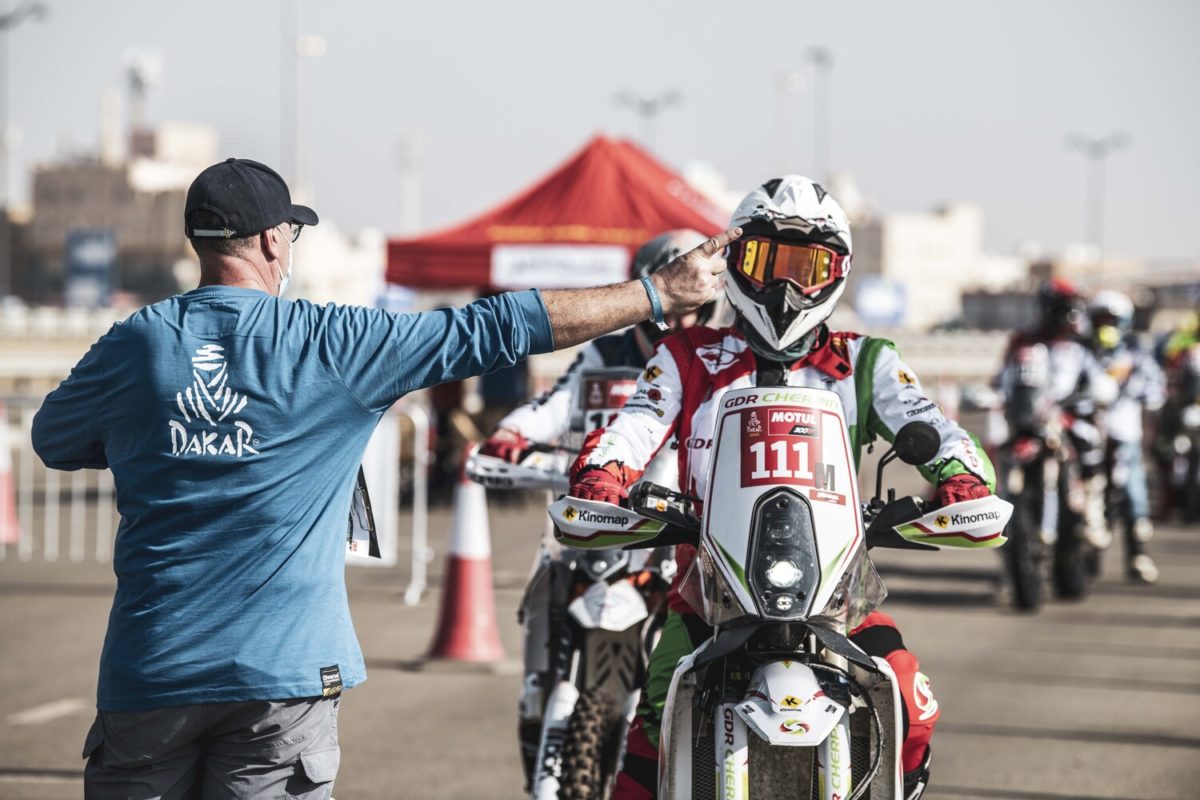 Frenchman Pierre Cherpin has died as a result of injuries sustained when he crashed his motorcycle during the seventh stage of this year’s Dakar Rally.

The 52-year-old was being transferred from the Saudi Arabian capital of Jeddah to another hospital in Lille when he finally succumbed to the injuries which he sustained between Ha’il and Sakaka.

Cherpin had been in an induced coma since being operated on for severe head trauma in Sakaka, but passed away during the journey home.

Having debuted in 2009, Dakar 2021 represented his fourth tilt at the famous rally-raid, contesting the ‘Original by Motul’ subclass for those who take on the event without external assistance.

In his official bio for this year’s edition, Cherpin spoke of a desire for adventure and his enthusiasm for riding, rather than the competition per se.

His death, which organisers announced during the running of this year’s final stage, follows that of countryman and retired three-time Dakar champion, Hubert Auriol, outside of competition days ago.

See below for statement on Pierre Cherpin

Speedcafe.com extends its condolences to Cherpin’s family and friends.

During his transfer by medical plane from Jeddah to France, Pierre Cherpin died from the injuries caused by his fall during the 7th stage from Ha’il to Sakaka on January 10th.

The driver crashed at Kilometre 178, around 1:00pm. Doctors found him unconscious when they reached him by helicopter.

Taken to Sakaka’s hospital, the medical report revealed a severe head trauma with loss of consciousness.

Urgently operated in neurosurgery, he had since then been kept in an induced coma, his condition having remained stable over the past few days. He was airlifted from Sakaka to Jeddah’s hospital from where he was going to be transferred to Lille’s hospital.

Passionate about wide open spaces, Pierre Cherpin was participating in his fourth Dakar. His first participation was back in 2009, when the Dakar took place for the first time in South America. He signed up in the ‘malle moto’ category and came back in 2012 still in the same category. He completed the race both times. He came back for a third time in 2015 but he had to give up after an engine failure.

Six years later, in 2021, he joined the same category, known now as the ‘Original by Motul’. He was driven by the curiosity of discovering a new continent. On the evening of the 6th stage, he was standing on the 77th position of the overall classification.

This 52-year-old entrepreneur and sailing enthusiast, had no other ambitions than to live an adventure, without really worrying about the podium: “I am an amateur, I don’t want to win but to discover landscapes that I would never have had the opportunity to see otherwise. Everything is exciting: riding the bike, living your passion, getting to know yourself”.

The entire Dakar caravan would like to extend its sincere condolences to his family, relatives and friends.