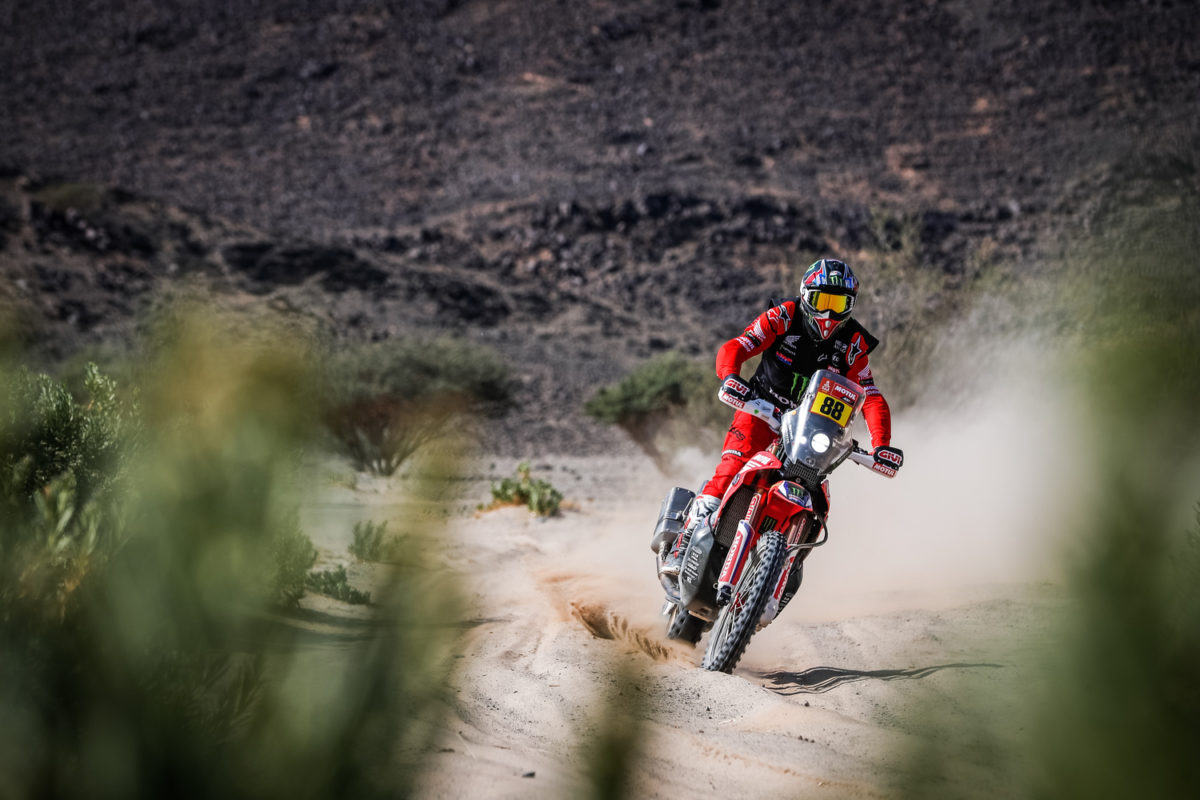 Honda has explained that a navigational error meant that one of Dakar’s front-running riders missed a refuelling stop and is now out of the rally.

Joan Barreda Bort started the penultimate stage in fourth position overall, and hit the front of the special, by a full seven minutes, at Kilometre 215.

However, it was soon found that the Spaniard had got into that position by not undertaking a compulsory fuel stop, and therefore had a sizeable penalty looming.

The bike ran dry just over 50km later anyway, before Barreda Bort was airlifted to the bivouac having requested medical assistance.

Monster Energy Honda has now explained that its rider missed the stop because he was lost, and that the call for medical examination was in fact due to a crash on an earlier stage.

“The Spanish [rider] made a navigational blunder which meant he was unable to stop at the refuelling point,” read the team’s Stage 11 report.

“A few kilometres later the Spaniard ran out of gas and was forced to retire.

“The rider then underwent medical checks to determine his condition after a fall yesterday.”

Barreda Bort himself, who won three stages in Dakar 2021, said, “The fall two days ago really took its toll today.

“I really wanted to continue in the race and finish as best I could, but it wasn’t to be.

“I want to thank my team and all the fans for having always been there for me.”

It was a mixed day for the factory Honda squad, which saw Kevin Benavides extend his overall lead, but only because team-mate and 2020 champion Ricky Brabec lost ground.

Red Bull KTM’s Sam Sunderland won the stage and now splits them in the general classification, but has over four minutes to make up to Benavides if he is to claim a second Dakar crown this year.

Barreda Bort’s mishap was arguably not the most unusual incident of a day during which an SSV (side-by-side vehicle) competitor abandoned his co-driver in the desert after an argument.

The 12th and final stage starts this afternoon (AEDT).