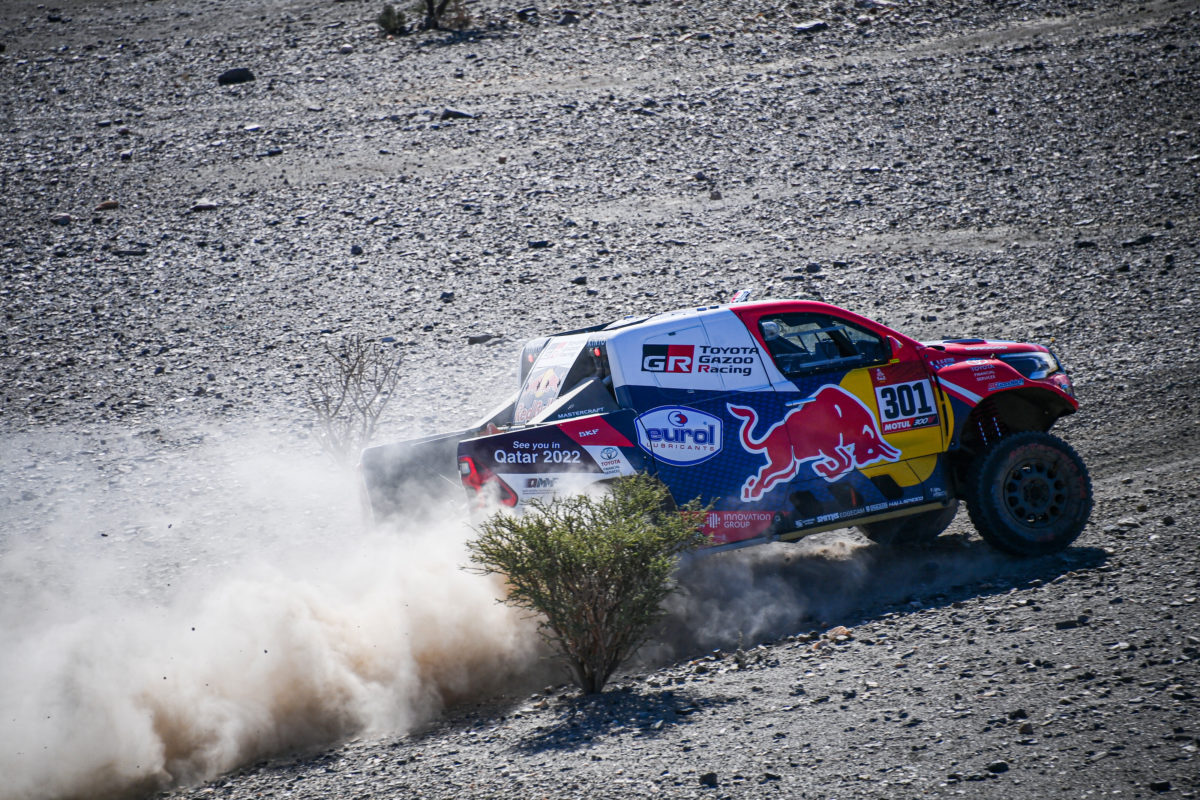 Nasser Al-Attiyah cost himself dearly in this year’s Dakar by taking out the Prologue, says event winner Stephane Peterhansel.

Al-Attiyah finished second overall for the third time in the last four Dakars, having dropped as far back as 10th after Stage 1.

The Toyota Gazoo Racing driver was quickest in the Prologue but found himself almost 12 minutes behind Peterhansel after the first stage proper, having struggled as road opener in a year when navigation was particular difficult.

While Al-Attiyah won the next three stages, and two more subsequently, Peterhansel sat atop the general classification from Stage 2 until the very end, at which time they were split by just under 14 minutes.

Asked at the finish in Jeddah if experience made the difference, Peterhansel agreed, but seemed to suggest that his Qatari rival’s strategy was unwise.

“Experience, and I think to stay a little bit more quiet,” said ‘Mr Dakar’, who only won one out of the 12 stages.

“Probably, he lose the Dakar because he wanted to win the Prologue.”

Peterhansel once again drove one of the two-wheel-drive X-Raid Mini JCW buggies, while Al-Attiyah’s weapon is a Dakar-spec four-wheel-drive Toyota Hilux.

The three-time Dakar champion has voiced his opinion about the apparent advantage which the buggies have for some time now, including last year when Sainz took the title in another X-Raid buggy.

Despite the imposition of a 180km/h speed limit in 2021, which theoretically should have reduced one advantage which the buggies have, Al-Attiyah repeated his frustrations during and now at the conclusion of Dakar 2021.

“We did an amazing job; no mistakes from me, from [my] co-driver, from the team,” he said.

“We worked very, very hard, and what can we do? This is the second year that we are fighting against the buggies.

“For me we only need to change the rule, only to be fair for everybody, that’s it.

“Of course, I am disappointed, but okay, thanks to god we’ve finished the race.

“I am really proud of the team and what we have made since I joined the team, Toyota Gazoo Racing.

“I am sure we will come back stronger next year and we can have the victory.”

Asked if that meant he was more disappointed than when also finished second last year, Al-Attiyah confirmed.

He even suggested he might be “not interested” in competing any more if the regulations are not changed.

“Yes, of course I’m more disappointed than last year, because if you only have four fingers, not five fingers like everybody else, it does not help,” quipped the 50-year-old.

“There is no question, it is not a fair rule. I hope from the organisation [there is change], otherwise we are not interested to come.”