Peterhansel remains in control with two stages to go

Peterhansel remains in control with two stages to go 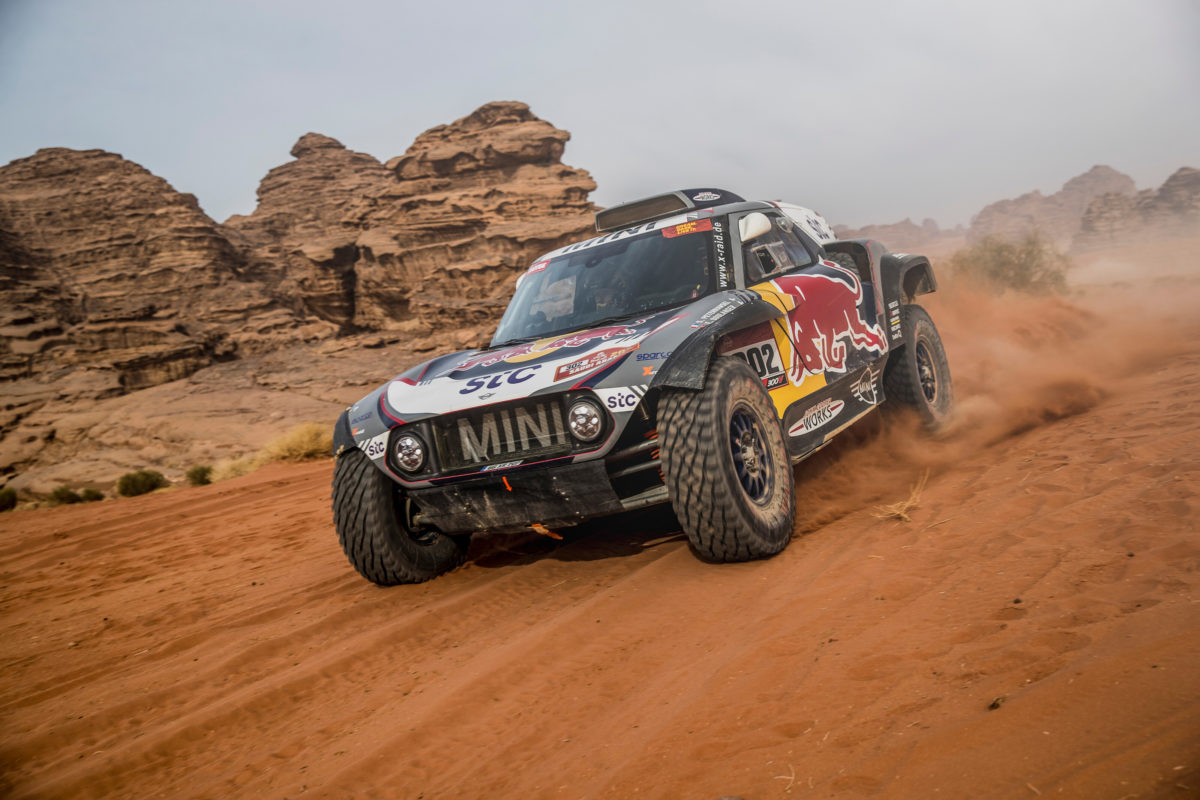 Stephane Peterhansel still holds a sizeable overall lead in the Dakar Rally despite Nasser Al-Attiyah beating him to second spot on Stage 10.

Yazeed Al Rajhi guided his Overdrive Toyota Hilux to a second stage win of the event on the 342km special between Neom and AlUla, 2:04s clear of factory Hilux counterpart Al-Attiyah.

However, in finishing third for the day, Peterhansel lost only 49 seconds from his lead in the general classification, which now sits at 17:01s.

Al Rajhi was fastest at all but the first waypoint, at Kilometre 45, while the serious title contenders chopped and changed in the battle for second on the day.

Despite managing to protect a handy advantage, Peterhansel is not feeling comfortable just yet.

“The navigation is designed to throw the drivers off track, so it wasn’t easy,” said the X-Raid Mini JCW buggy driver.

“We didn’t get lost, but we hesitated a lot. We lost very little time to Nasser and that’s what really matters.

“The tension goes up as soon as you start to hesitate, so that’s when you need to stay as calm as possible.

“The pressure never goes away, from the moment you wake up until you go to bed.

“When you do well in a stage, you know it would be a real pity to see all that effort go down the drain.

“Being in the lead is the best position, but it’s also where you’ve got the most to lose.”

Peterhansel’s team-mate, Carlos Sainz, fell to six minutes off the stage lead at Kilometre 90 but clawed back some of that time by the end.

The winner of last year’s Dakar remains third in the general classification, with the gap to top spot up slightly to 1:03:44s.

“The first part of the stage had very tricky navigation and we lost quite a bit of time,” said Sainz.

“After that, things got better but it was still not easy because of all the dust. We had to get past six or seven cars. It wasn’t easy.”

Yasir Seaidan went fastest to the first waypoint but came to a stop in his SRT Century machine around 190km in and eventually made the finish line three-and-a-half hours off the pace.

Big Shock Racing’s Martin Macik picked up a second stage win in a row in the Trucks but the Kamaz stranglehold on the general classification continues.

Dmitry Sotnikov leads Anton Shibalov by 47:22s, and any non-Kamaz driver by at least 1:35:35s, in a top three sweep for the Russian squad.