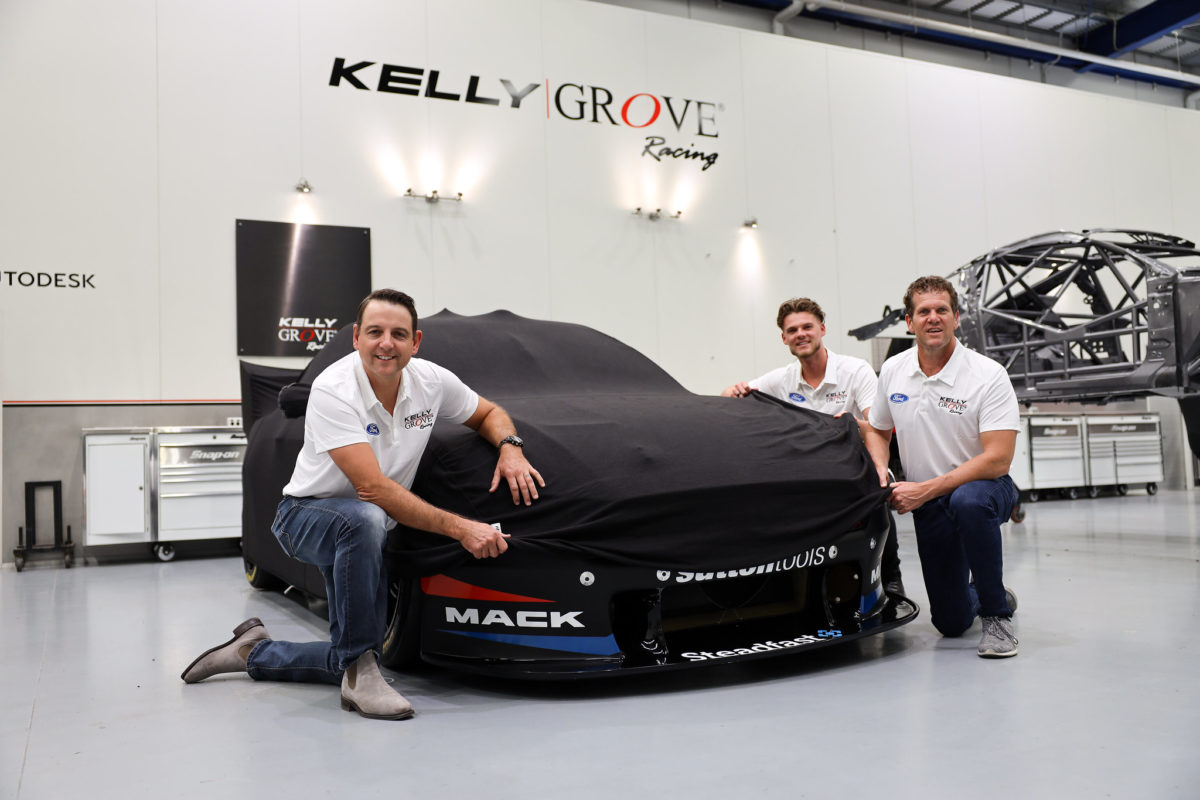 Kelly Racing will take on new ownership and an altered name for the 2021 Repco Supercars Championship after the Grove Group bought into the Ford squad as a major shareholder.

The team, which has competed in Supercars since 2009, will operate under the Kelly Grove Racing banner.

Retired driver Rick Kelly remains a shareholder of the business.

Todd Kelly welcomed the new Kelly Grove Racing era and explained the need for a partner to join forces with.

“This will be our 13th year owning and running Kelly Racing,” he said.

“Over that period we’ve built and ran Holdens, designed, developed and manufactured a complete Nissan Supercar and engine, and recently converted to Ford, once again with the car build and engine development and manufacturing all completed in-house. 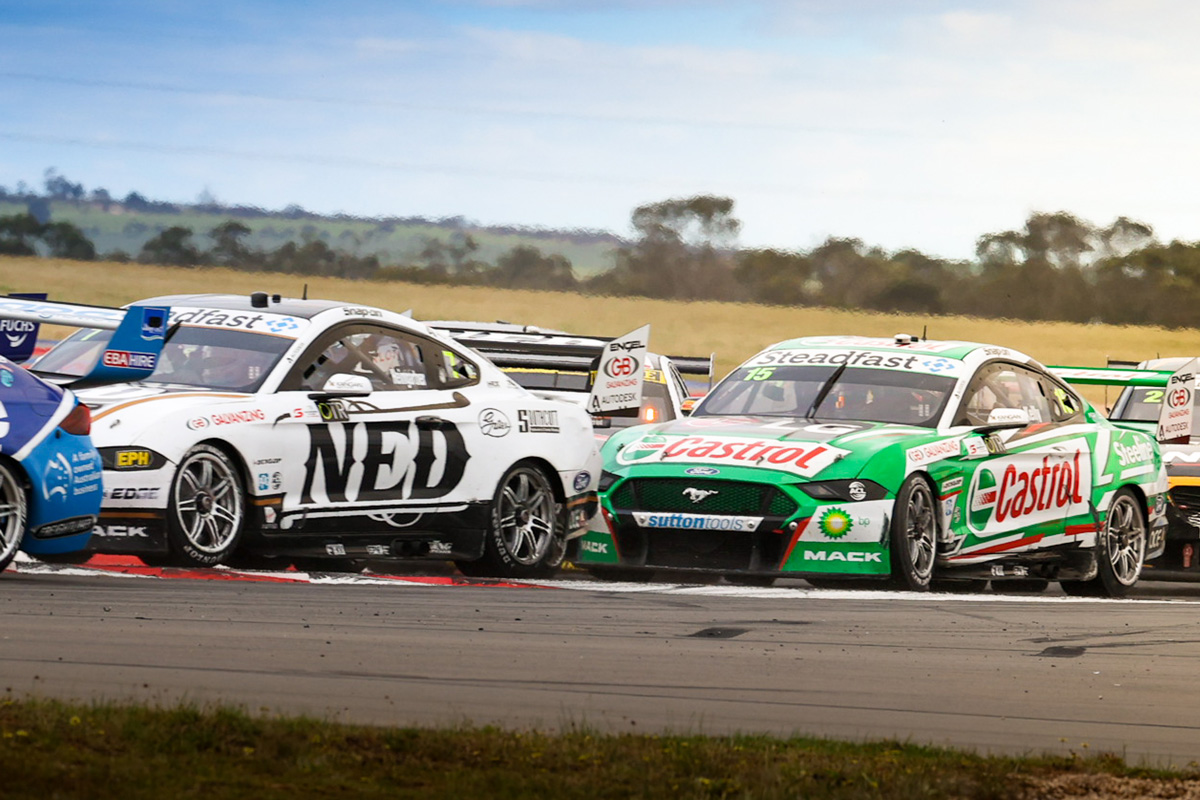 The 2020 KR Mustangs of Andre Heimgartner and Rick Kelly

“I believe we’ve been extremely effective over the years to be able to design and manufacture all of our own equipment to an extremely high standard through having a great team, a supportive partner network and through a lot of hard work and dedication.

“But it’s been evident for a long time now that there are two factors that contribute to consistent on-track success; one, streamlining the team from four cars to two and the second is being able to find a way to compete with the top teams that have the firepower of multiple shareholders both locally and international.”

“To put ourselves on a level playing field it was extremely important to have a partner come into the team who is like-minded and as passionate about racing as we are, and fortunately we’ve been able to find that partner in Stephen Grove.

“The Grove Group, like most of our partners, is an extremely successful Australian-owned business which uses almost entirely Australian-made products which is important to Rick and myself.

“The Grove Group also has a vast amount of experience in motorsport with their Porsche and GT programs which will be a huge asset to the team.

“Along with an announcement in the coming days on our new driver and sponsor line-up for this year, I believe this new partnership will set us up for our most successful year yet.” 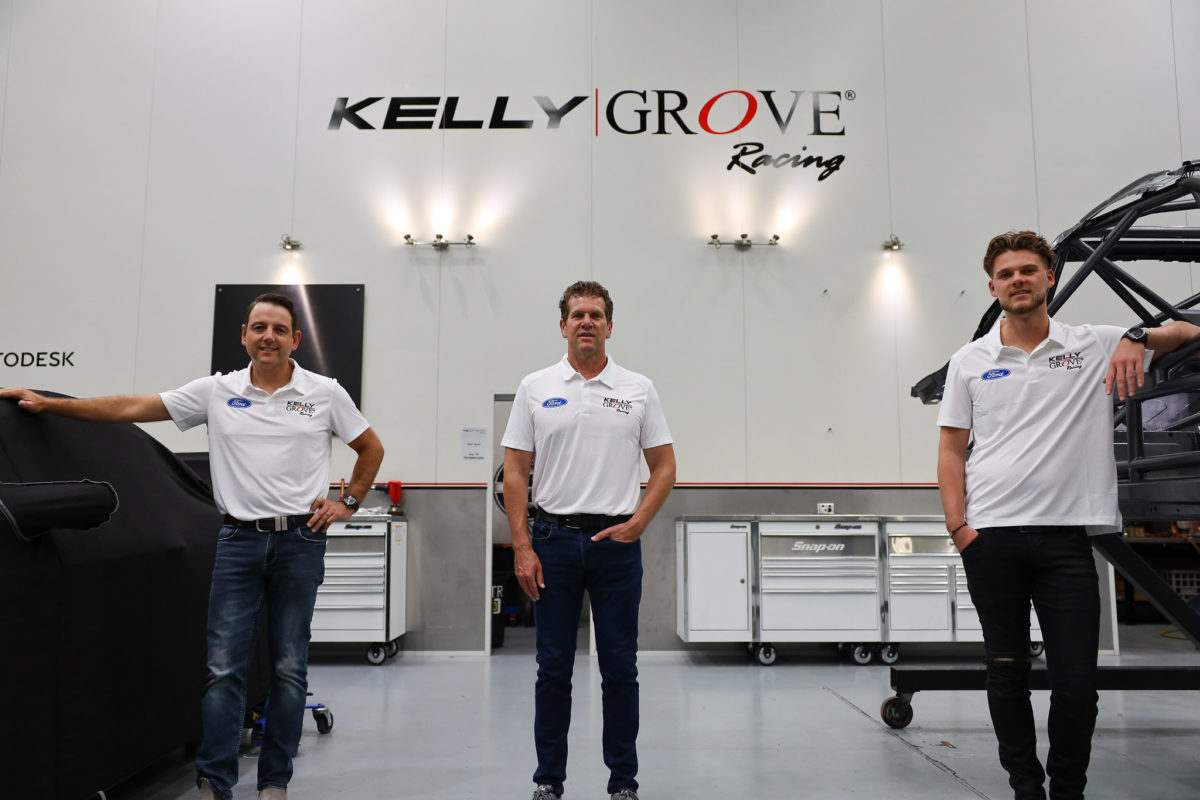 With Andre Heimgartner already confirmed to stay on with the squad for a fourth season, 2017 Bathurst 1000 winner David Reynolds is widely rumoured to be announced as his teammate.

Stephen Grove declared his excitement at the new venture, identifying Kelly Racing as the “right fit for our business given the synergies in philosophy between Kelly Racing and the Grove Group”.

Ford Australia and New Zealand boss Andrew Birkic added: “This is exciting news and will build on the strong and respected motorsport foundation that Kelly Racing have built up over the past 13 years to take the team to the next level.

“We look forward to continuing our support for the team and welcome Stephen and Brenton to the fold, and look forward to Kelly Grove Racing building on their on-track success this year.”

The Grove Group is a portfolio of businesses operating across the manufacturing, hire, private investment, property development and hospitality industries.

Both Stephen and Brenton Grove have lengthy racing backgrounds, particularly in the Porsche and GT spheres.