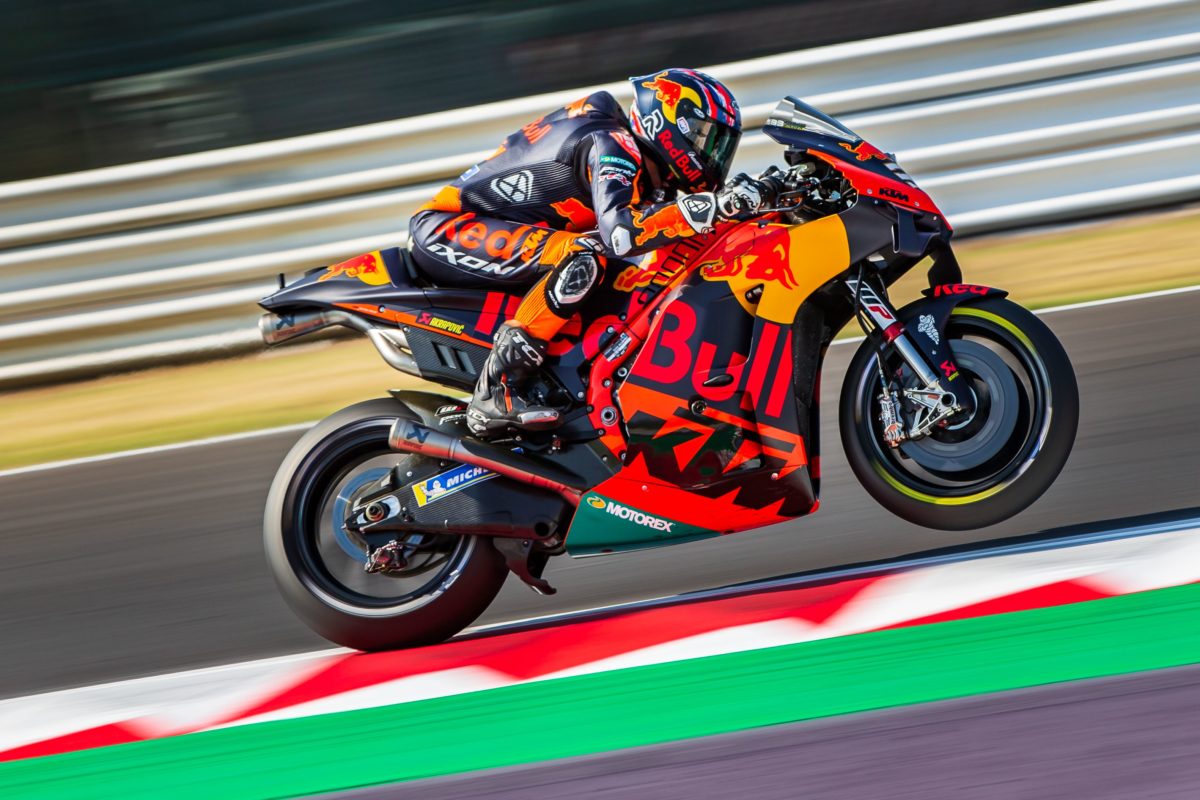 KTM has reaffirmed its commitment to MotoGP until at least 2026 after signing a new five-year contract to compete in the championship.

The confirmation is set to be part of a spate of such announcements given 2021 represents the last year of the current agreement cycle.

While Gresini Racing recently advised that it will continue in the premier class, although reverting to Independent status, KTM is the first manufacturer to formalise its ongoing involvement.

The Austrian manufacturer debuted in MotoGP with a wildcard entry at Valencia in 2016, before Brad Binder delivered its first win last year at Brno.

Two more followed in 2020, courtesy of Miguel Oliveira on an entry from the Tech3 outfit which became KTM’s first satellite team in 2019.

Tech3 also recently confirmed it will remain in MotoGP, albeit in far more subtle fashion, meaning there are set to be at least four RC16 motorcycles on the grid in 2022.

“I want to take this opportunity to thank Dorna especially and Mr Carmelo Ezpeleta and his whole team because we’ve had four great years together already and they are a really professional partner in this important sport.

“After only a few seasons we have put this project on a very solid base, so it is a positive step to continue our MotoGP involvement up to 2026.”

KTM CMO and board member Hubert Trunkenpolz added, “Entering MotoGP was a big move into a big championship and we knew the odds were against us but the energy and the ideas and the desire from our side was never a doubt.

“In just four short years we have become part of the establishment and have pushed the orange further up the standings.

“We are proud of the profile and the prestige of not only being in MotoGP but having an impact at this level.

“We can see the influence of MotoGP success across the business as well as the significance for the brand on a global stage.

“We’re only too happy to remain part of the MotoGP paddock with our current structure and some promising projects ahead.”

“We are very satisfied with the renewal with KTM because not only they are an amazing partner, but because they also chose the platform of the FIM MotoGP World Championship as a marketing tool they consider to be ideal for their products,” said Ezpeleta.

“This is not only good news for the championship but also for our sport, thanks to their involvement in all three racing categories.”

While the grids are locked in for this year, Beirer stated recently that he would also be interested in bringing a potential VR46 MotoGP team or others into the KTM fold in future seasons.