How Kelly Racing has evolved over the years

How Kelly Racing has evolved over the years 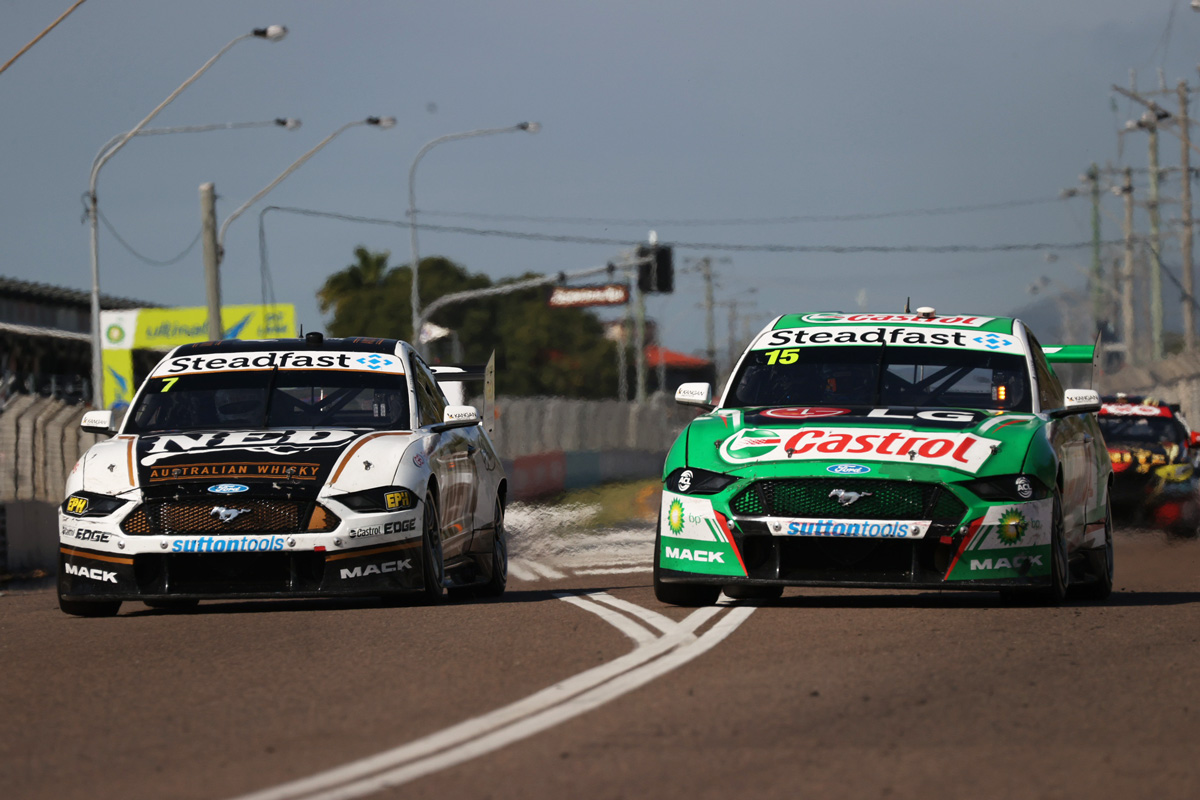 This morning’s announcement the Grove Group has bought a majority share of Kelly Racing marks the latest big moment in the Braeside squad’s diverse history.

March 2009: Kelly Racing makes its Supercars Championship debut at Adelaide with a four-pronged fleet of VE Commodores driven by Rick and Todd Kelly, plus Jack Perkins and Dale Wood.

Wood is replaced after six rounds by Mark McNally.

November 2009: Rick Kelly jags the team’s maiden podium with a third-place finish in the opening race of The Island 300 at Phillip Island. He backs that up with second place the following day.

Todd Kelly then makes it three KR podiums on the trot, finishing second in the Wanneroo opener.

He converts that into fourth in the race and places eighth in the final standings in a year in which IndyCar superstar Scott Dixon partnered Todd Kelly at the Gold Coast round.

April 2011: KR celebrates a landmark day as Rick Kelly scores a breakthrough victory at Hamilton, joined on the podium by his brother in third.

Two more wins follow, at Hidden Valley and Sandown, as Rick takes sixth in the championship.

February 2012: Nissan confirms it will join forces with KR for the following season as Car of the Future regulations come into play.

KR had operated with its two family-owned RECs that had previously been placed in the Walkinshaw organisation, with Perkins owning the other two KR RECs that had been used at his former Perkins Engineering outfit. As such, KR now owns RECs for all four of its entries.

August 2013: After a slow start on the track as the Nissan factory team, KR suddenly takes its first Altima victory as James Moffat leads Michael Caruso in a team one-two at Winton, albeit amid controversy surrounding the trial of a new E70 blend of race fuel. He later takes a shock second-place finish at Bathurst alongside Taz Douglas – a result that remains KR’s best Bathurst result.

March 2016: Caruso takes the championship lead after a wild and wet Adelaide season-opener. He ends up 10th at season’s end, headlined by a victory at Hidden Valley.

November 2016: A month after making a Bathurst wildcard appearance in an Altima, Swiss star Simona De Silvestro joins the team on a three-year deal beginning 2017. In doing so, she becomes the first full-time female driver in the Supercars era.

Results prove hard to come by on the whole in 2017, however, with all four entries going podium-less.

May 2018: Nissan Motorsport announces its departure from Supercars at the end of the season, meaning the removal of KR’s factory backing. Just days later, KR takes victory at Winton via Rick Kelly – who goes on to finish eighth in the championship.

October 2019: KR announces a switch to Ford Mustangs beginning 2020 and confirms a downsizing to two cars, with one REC sold to each of Team 18 and Matt Stone Racing.

February 2020: Drivers Rick Kelly and Andre Heimgartner each clinch a top 10 result at the Adelaide season-opener following a frantic period of building and preparing their new Fords.

January 2021: The Grove Group is announced as a major shareholder of the team now known as Kelly Grove Racing.