Houlihan is hanging in there and dealing with intense pain in his wrist from a broken scaphoid. Still, he is managing to move up in the placings every day, and after today’s stage he is now 52nd overall.

More bloody stones and rocks today. Really took its toll on the wrist!

I rode with Pablo (team-mate) for most of the day and I did most of the navigation. I really enjoyed it and when I needed a break, I’d swap with him for a bit.

They told us in the briefing the navigation would be hard because we’d be crossing over tracks from the yesterday. Yeah, they were right!

In the briefing they also said there’d be no dunes. They were right there too, but there were shitloads of sand!

My wrist held up OK through there, at least no worse than yesterday, but it was still hard with all the rocks and camel grass.

I was looking for flat spots that would be easier on my wrist, they were hard to find though.

At some points, Pablo, me and two other guys were riding four abreast looking for the best way through the rocky sections. 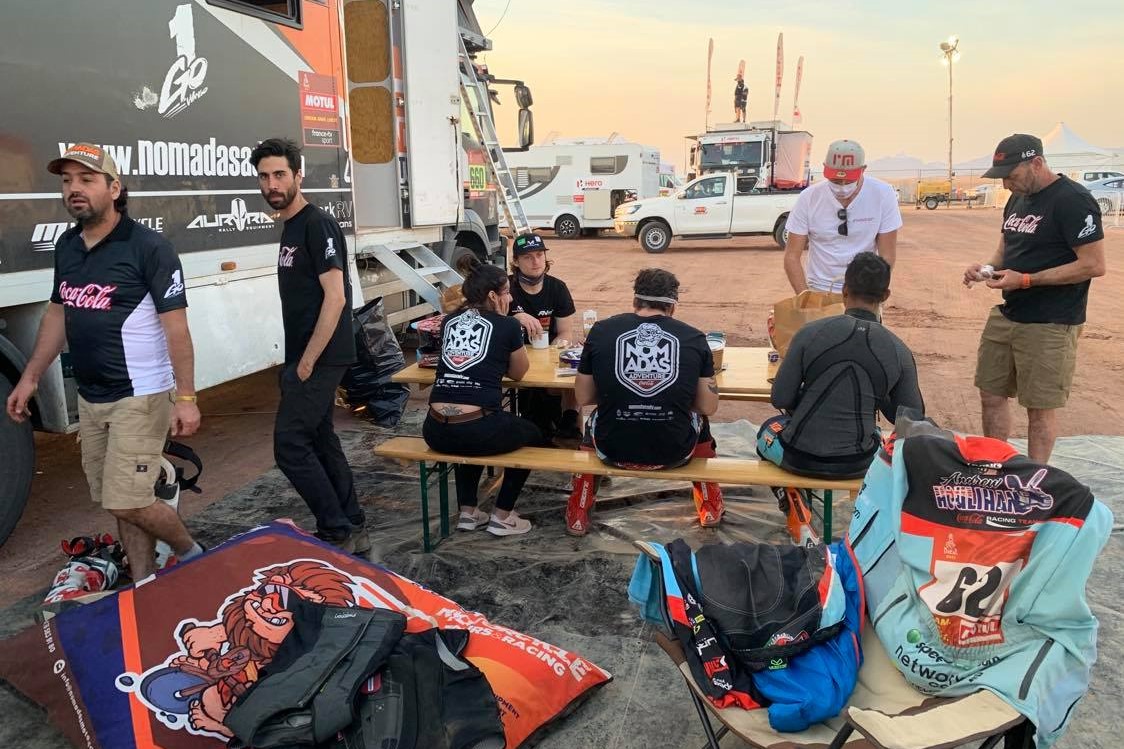 The scenery was amazing for most of the stage and we rode through some beautiful canyons.

At least the weather’s been OK too. They reckon it snowed here last year!

I had no incidents today, no offs and no near misses like yesterday’s, and no issues with the KTM 450RFR itself. The Nomadas team have done a great job with the bike.

The only small issue was with the ETRF that went nuts at time and would beep at me for no apparent reason. It made it hard to tell whether someone was signalling me or it was alerting me to cautions.

All up I think I had a better day today, 45th on the day and now 52nd overall. Pablo’s 50th overall.

We’re heading for that finish line in Jeddah, one day at a time!