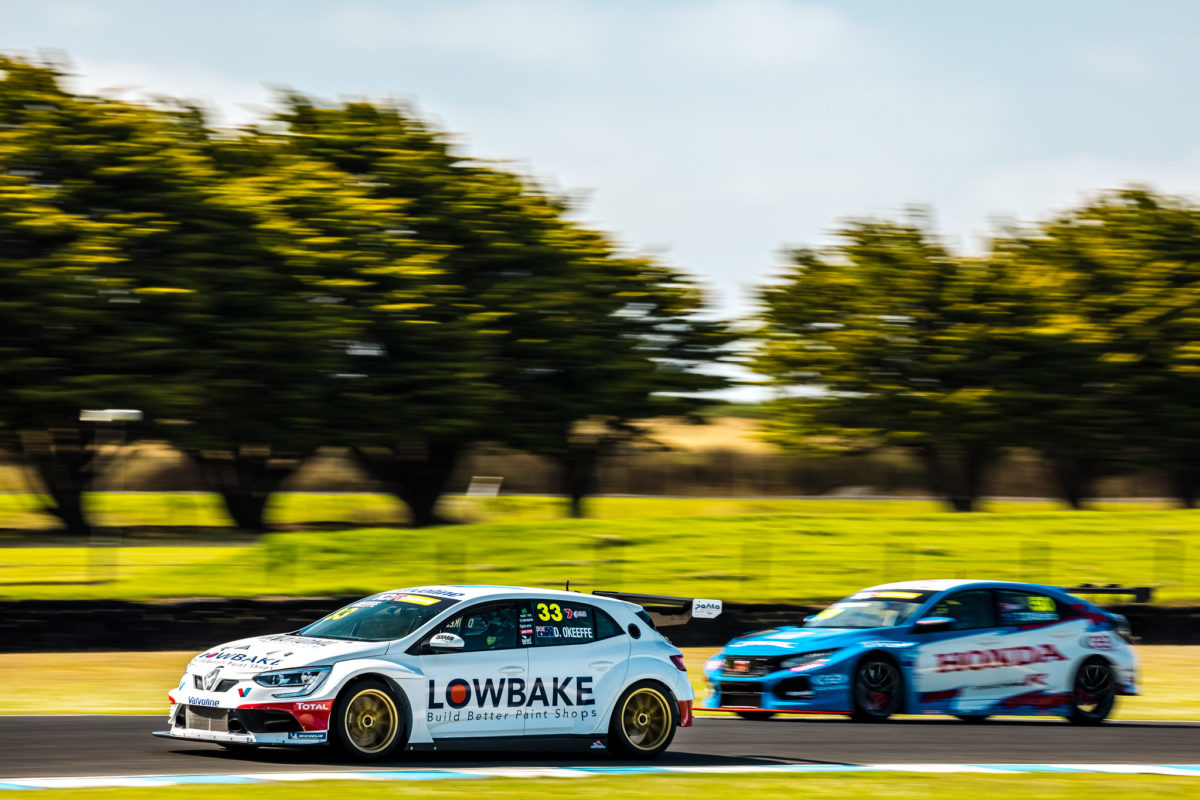 O’Keeffe logged a best time of 1:37.0567s in one of the Garry Rogers Motorsport Renaults during the sixth and final 20-minute session for the touring car category at the Victorian circuit.

Ben Bargwanna, in a GRM Peugeot, came up 0.0102s shy on the day’s combined times, with Aaron Cameron third in another of the team’s 308s at exactly two tenths of a second off the pace.

“I honestly didn’t expect that compared to how we were travelling throughout the day but I think it’s a big tyre game here and we know throughout the day some people put on some good tyres and so did we at the end, there’s no denying that.

“I think the car did a reasonably good job, I wouldn’t expect Phillip Island to be one of [our] stronger tracks and it was, so yeah, pretty happy with that.”

John Martin clocked a personal best 1:37.5917s in a Wall Racing Honda while Chaz Mostert’s first outing in a Melbourne Performance Centre Audi saw him wind up ninth on a 1:37.7420s.

Both series, as well as Touring Car Masters and National Trans Am, will be in action at the Symmons Plains round of Boost Mobile Race Tasmania later this month.

“I think Symmons should suit us,” said O’Keeffe of the Launceston circuit.

“I’ve never raced there but ‘Moff’ has and the engineers have been there before so I’m expecting big things.

“Hopefully we can be up there. A top five result would be pretty good for us.”

That round takes place on January 24-26.